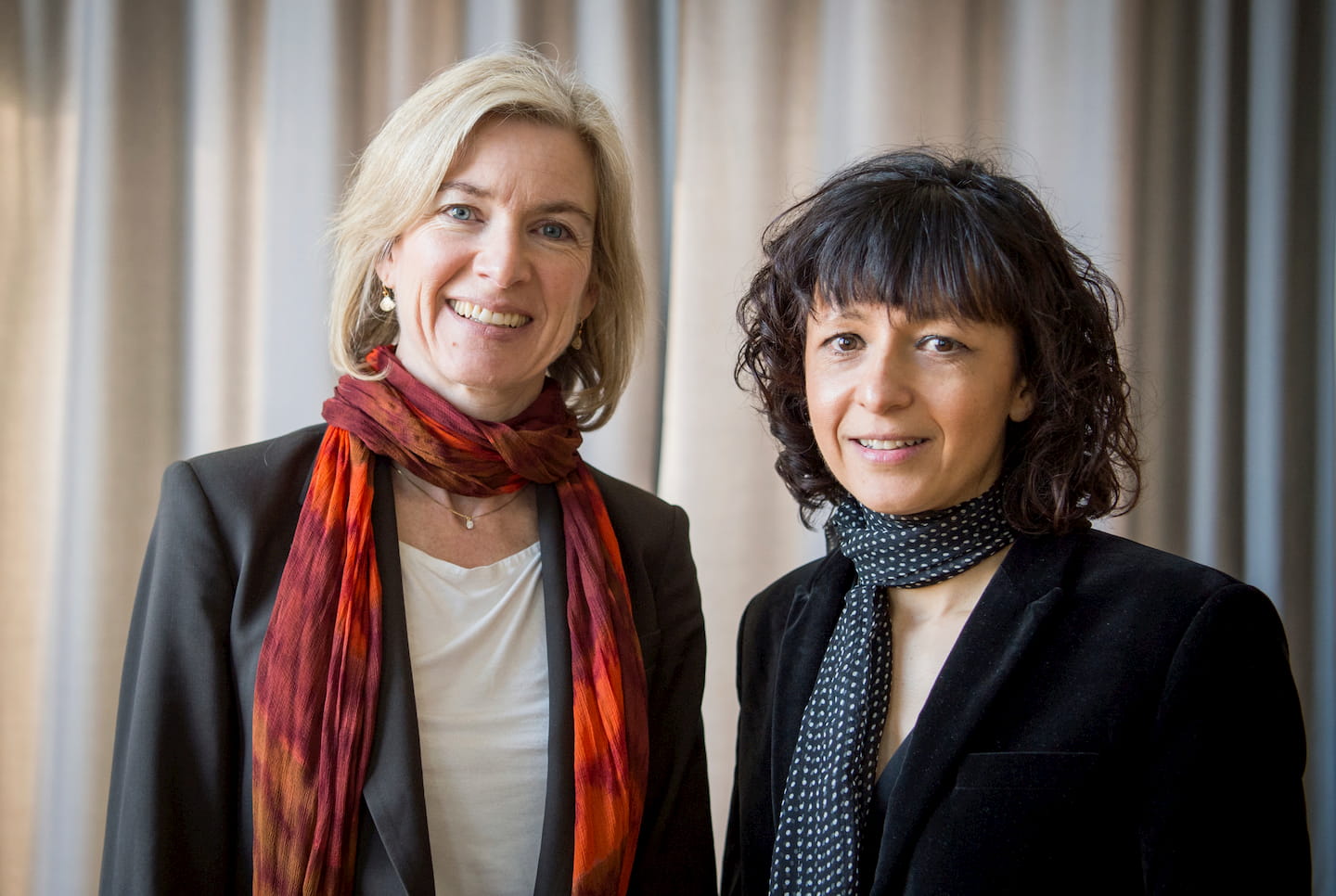 A Nobel science first: More than one woman winner, no man

Wednesday’s Nobel Prize in chemistry was a historic first for women.

Emmanuelle Charpentier and Jennifer Doudna won the chemistry prize for developing the CRISPR method of genome editing making it the first time a Nobel science prize was given to more than one woman, but no men, in a specific category.

This has happened 169 times for multiple men and no women in a specific category since the prizes were awarded starting in 1901.

In the 120 years of Nobel prizes in medicine, physics and chemistry, prizes were awarded 599 times to men and 23 times to women. The prize can be split as many as three ways or given to two or just one person. Some people, like Marie Curie, have won more than once, and there have been several years when no prize is awarded.

This is also only the second time a year’s science prize went to more than one woman. In 2009, Elizabeth Blackburn and Carol Greider shared the medical prize for the discovery of how chromosomes are protected by telomeres with Jack Szostak.

In 1911, Marie Curie won the chemistry by herself for the discovery of radium and polonium.

In 1964, Dorothy Crowfoot Hodgkin was the sole chemistry winner for using x-rays to understand important biochemical substances. In 1983, Barbara McClintock won the Nobel for medicine by herself for the discovery of mobile genetic elements.

Women have won the most prizes in medicine with 12, seven in chemistry and four in physics.

In photo: American biochemist Jennifer A. Doudna (left) and French microbiologist Emmanuelle Charpentier pose for a photo in Frankfurt, Germany in this March 14, 2016 file photo. Charpentier and Doudna have won the Nobel Prize 2020 in chemistry for developing a method of genome editing likened to ‘molecular scissors’ that offer the promise of one day curing genetic diseases. (AP)