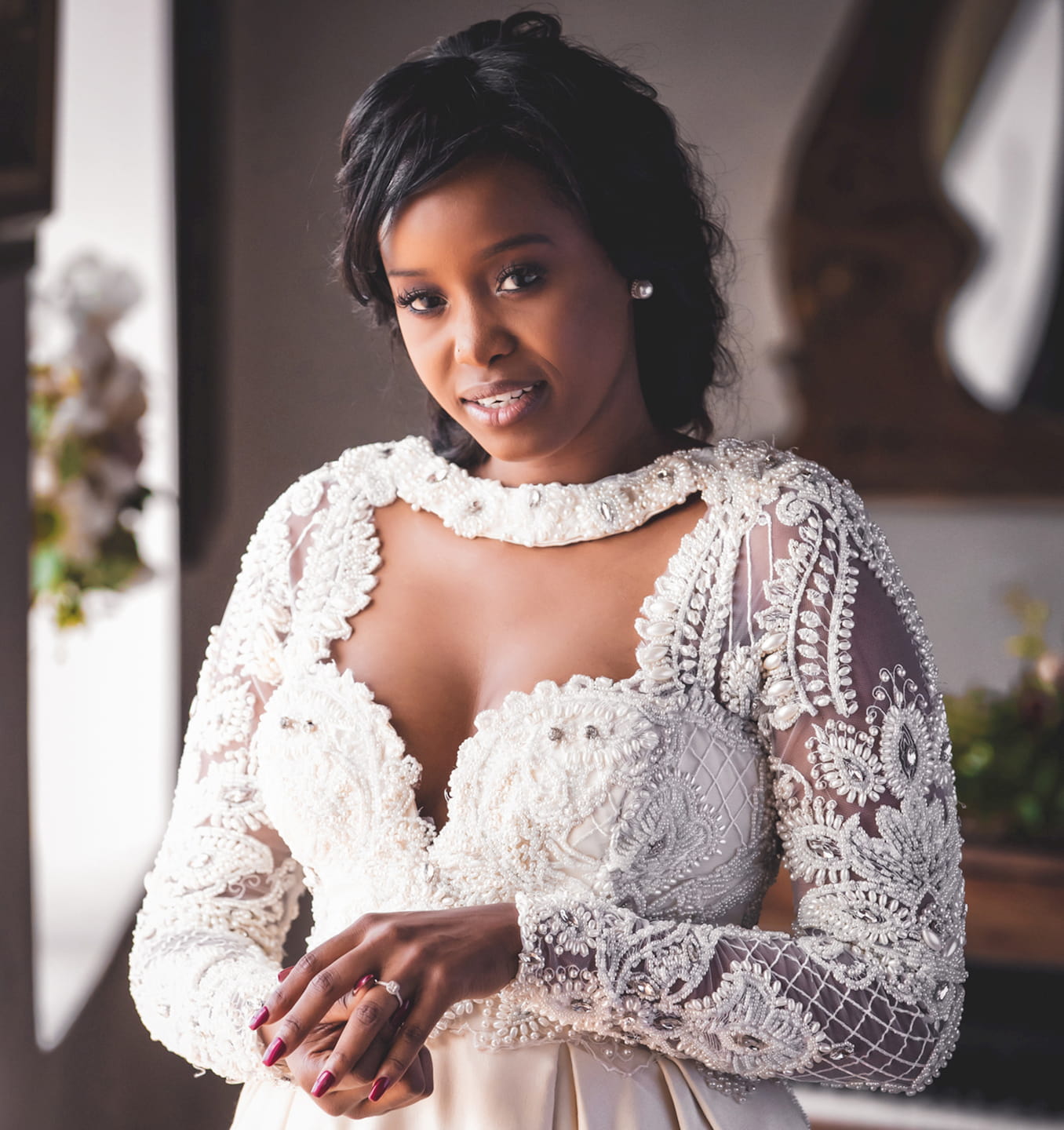 Chenele Wallace-Hall shares a deep bond with her mother Eulette Wallace. This tie is further fortified by a shared devotion to fashion and style. That’s why when it was time for Chenele to make a trek down the aisle, she knew the only person fit for the job of stitching the perfect gown was her mother.

“Oh my God! My mother is so selfless. She puts everyone before her and she was more than happy to take over,” she told Flair.

The 30-year-old newly-wed is a local fashion designer and works alongside her mother to create stunning pieces. Cochen Design, that’s her brand, which is renowned for making gorgeous wedding dresses. However, when it came to making hers, it wasn’t easy. She confessed to Flair that with everyone eagerly looking forward to seeing what design she would come up with for her big day, the pressure was overbearing. And as always, her mother came to her rescue.

IT’S THE BEST THING I COULD DO

For a year, she was uncertain about what she wanted. She did not decide until two months before her nuptial hour struck. Still, she couldn’t get past a sketch of the desired look.

Like a lot of mothers, Wallace dreamt of watching her daughter walking down the aisle. The thought of her sauntering in a gown she made, made the vision even more exhilarating.

“I was very excited to start my daughter’s bridal gown. I have to admit, it was a task but at the end, the dress was something to be seen,” Wallace, who has been a seamstress for decades, explained.

For the two weeks that Wallace laboured to sew the dress by hand, both her and her daughter’s emotions ran wild. It was a joyful moment, that brought the two closer together. In fact, it has even persuaded Chenele to treat her to a trip to Cuba, to express her gratitude.

The proud mother sat for hours at nights just to ensure that every stitch was right and every bead was placed exactly where it was meant to be. Making multiple alterations after fittings and even requested changes in the design did not bother her. It was simply the “best thing” she could have done for her child. Wallace also took on the task of making the bridal party dresses. Her gorgeous works made a fairy-tale moment come true for Chenele, who was swept away by emotions at the beautiful sights.

“I felt like a queen in my dress. My mom placed a lot of love in it. I felt the most beautiful on my wedding day,” Chenele exclaimed.