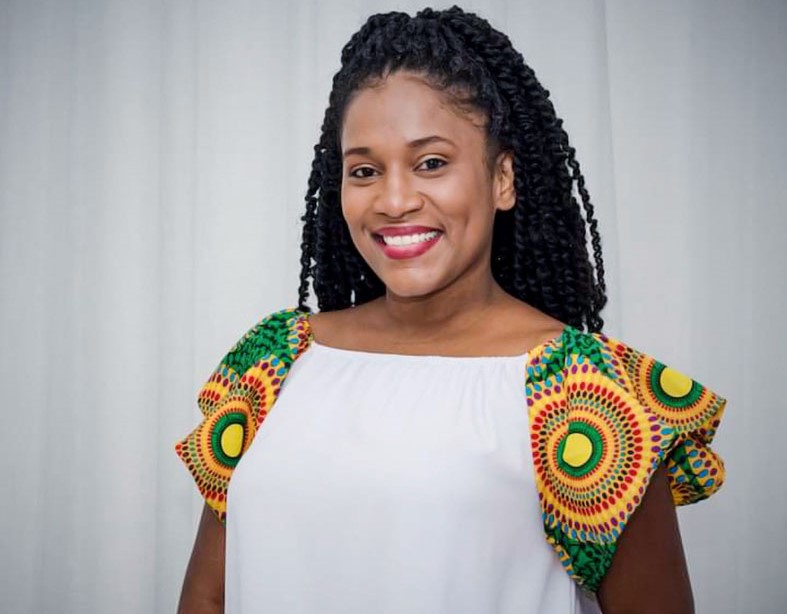 American poet Nikki Giovanni once said: “Mistakes are a fact of life. It is the response to the error that counts.” When Basillia Cuff joined social media video-sharing app TikTok in error, she never would have guessed that she would become a viral sensation. She tells us more about how that slip-up led to her gaining over 18,000 followers.

“I was always watching my husband, Brian, look at videos and do videos here and there. One day, I was interested in browsing for myself rather than peeping on his phone. So I downloaded the app and attempted to view videos. Instead of just browsing, I mistakenly clicked ‘Link to my Instagram account’, and my TikTok account was automatically created,” she told Flair.

Initially, she planned to undo the account altogether, but decided against it; however, something compelled her to take the app out for a ‘spin’. Her first video was a duet in her area of expertise, reading the news and doing a voice-over acting script. From there, she decided to explore more Jamaican content, taking viewers down memory lane. “I did a Jamaican quiz to see how Jamaican people were, based on the questions I asked.” And it did well. Two months later, she has created almost 38 videos and has many fans to show for her success.

Among her viral hits include ‘Types of people who turn up to a set up in Jamaica’, ‘Somewhere in a Jamaican classroom’, ‘A Jamaican woman’s prayer for a husband’, and ‘When you haven’t travelled since Air Jamaica’. She believes she has seen a spike in her numbers because her videos are so relatable, “I do mainly Jamaican culture-inspired videos, which I think people enjoy because they can relate to the different scenarios. It’s also very nostalgic for a lot of people, and brings them back to a past time in their lives.” She shares these videos on her other social media platforms, connecting audiences near and far.

When Cuff discovered that the videos had gained traction, she was shocked by the support. Noting that she had never done anything of this nature or ever been viral, she was elated to make people laugh, “I was surprised at how far and wide across the world this reached. My phone kept blowing up.” Another reason why many reached out to her: they were never privy to her hilarious side. “I’ve gotten that comment a lot, even from friends, that they didn’t know that side of me.”

A lecturer, Cuff is also an entrepreneur, founder of the Sterling Gospel Music Awards, a wife, mother of two daughters and a YouTuber. So, where does she find the time? “I get asked this all the time. The truth is, unlike YouTube, these videos are not long, 30 seconds to one minute, so I can get them done pretty quickly.” On average, she takes approximately 20 minutes to shoot, edit and post them on TikTok. “So for me, I don’t take a lot of time out of my hectic schedule,” she added.

And as far as encouragement goes on the home front, her partner in love helps her when she needs an extra hand to execute a video. From running ideas by him to him sharing his insight, he shows her unwavering support. In addition, her older daughter always wants to be present for the recordings.

As she gears up to execute the fifth staging of the Sterling Gospel Music Awards next month, Cuff advises anyone who wants to give TikTok a shot to try and add a personal touch by creatively approaching different scenarios, “There are many Jamaican TikTokers on the platform, and for the most part, we all have things in common because we are representing Jamaica’s culture — like habits, similar upbringings, things we use to do as children, and many more.

So just put your own spin on things and enjoy doing it. Don’t take it too seriously. I laughed so hard making some videos,” she said.