The very first issue of the Flair Magazine was published more than three decades ago by The Gleaner, October 16, 1984. 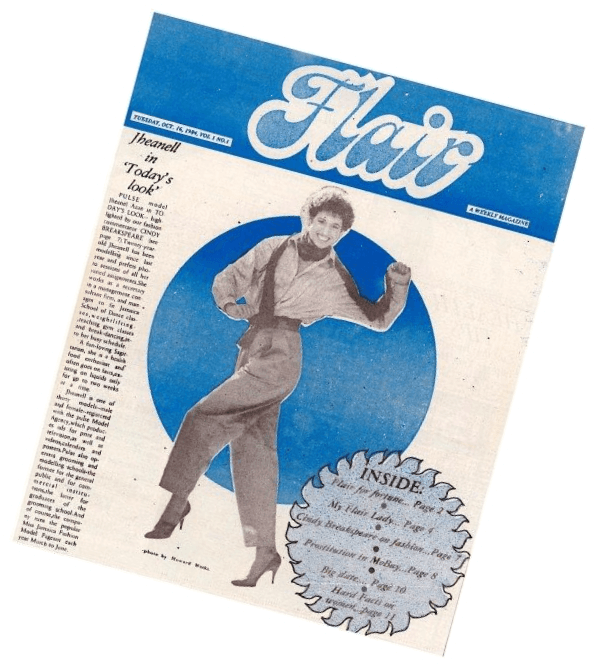 At the time, Hector Wynter was The Gleaner’s editor-in-chief, and computers were still new to the process of producing the paper. So new was the technology that the team would constantly have to check and double check to ensure everything was saved on five-inch floppy discs. The paper was started by Jean Lowrie-Chin, the first editor of the magazine and a woman often referred to as my ‘Flair lady’ as result.

Jean Lowrie-Chin, the first editor of the Flair.

When asked about what led to the creation of the Flair Magazine, Lowrie-Chin said: “This was something I wanted to do. I’m an unapologetic feminist in that I believe that women and men should be given equal opportunity. Flair was about adding sparkle to your life. We all want a little sparkle in our life, and highlighting people who did that”.

She added that at the time, she had three babies – a young company, her daughter Anita, and Flair. She was also working towards her master’s degree at the University of the West Indies. “The maternity law had come in and women were thinking, ‘I can have my baby and I can work’. They were empowered. It was a perfect time in Jamaica’s history. Women were feeling empowered, men were feeling happy. It was a liberating time for men and women.”

As one of Jamaica’s first women’s magazines, the team ventured into uncharted territory and began speaking to women about things that mattered to them, such as sexual harassment, showing them it was okay to speak up.

Sections such as ‘Women at Work’, gave working mothers a chance to share their stories. An interview with former governor general Sir Florizel Glasspole, and his wife told the story of how the two met on a train and later fell in love.

Fashion was then, and continues to be a big part of the publication.

The revitalised Flair is dedicated to fashion, living, beauty, holiday, travel and design coverage and has a new look and a more expansive approach to covering lifestyle and women’s issues. Several new columns have also been introduced. The magazine is currently led by Lifestyle Editor Tickoya Joseph.