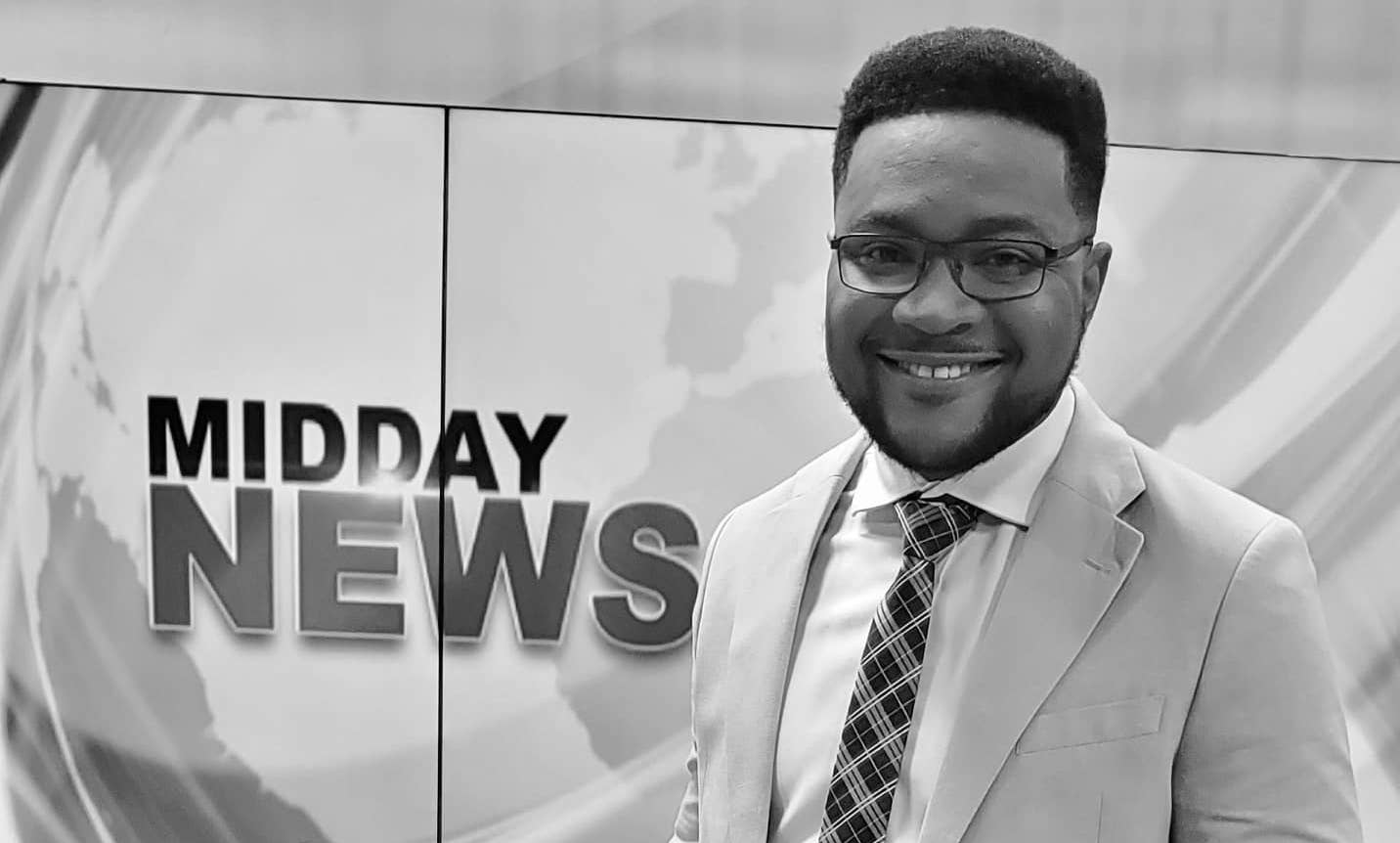 Giovanni Dennis celebrates the remarkable win of recently becoming a Midday News anchor for Television Jamaica (TVJ). This achievement was no easy feat, but through hard work and dedication. Dennis’ pure love for investigating, and sparking a conversation to generate change and force action is paying off.

His success story, however, covers so much more than being a respected and award-winning journalist. This avid sports lover is also a mentor, a proud father and a pillar of his community. Today, Flair takes you beyond the news, giving greater insights into his life journey.

Raised in Clarendon, Dennis spent his formative years in Mitchell Town with his maternal grandparents. Growing up, he recalled basking in the bliss of the simpler days, playing cricket at lunchtime, along with other games, like marble, ’lastic war, hide-and-seek, ‘dandy shandy’ and dolly house. As a young boy, he also spent time making kites and picking mangoes, guinep and almonds.

“I was contented growing up in Clarendon. We weren’t rich, but we weren’t dirt poor, either. We just enjoyed our childhood,” he told Flair.

In school, he was never afraid to share his thoughts or speak up for himself. This served as more harm than good initially, since teachers saw this act as disruptive rather than constructive. But he learned to silence the naysayers and let his grades do the talking with him.

He later moved to Palmers Cross while attending Garvey Maceo High School to live with his paternal grandparents. The pair were strict Jehovah Witnesses, so they religiously had Bible readings at the house. The reading material, plus discussions, stimulated his mind and he was able to develop his analytical skills in the learning process. “They were very kind, caring, principled and family-oriented people, and I think I benefited from that,” he asserted.

The all-rounder was actively involved in cricket, leading the Garvey Maceo under-16 team in 2005. As a teenager, he also dabbled in music as a deejay and songwriter. His participation in these activities, however, negatively affected his standings academically. This sour patch would go down in his story as a defining moment of his life.

When his mother caught wind of his poor report card, she pulled him out of the game shop he was in and gave him what he described as a proper beating. Ironically, what stood out for the second-former wasn’t the pain or embarrassment he endured publicly that day, but rather his lacklustre academic performance. That valuable lesson inspired him to buckle down and make her proud.

Jumping from 17th place to first had classmates and teachers speculating that something suspicious might have been afoot, but this only motivated him to prove them wrong even further and excel in his scholastic pursuits. He maintained balance, competing in the debate club, Altogether Sing and Schools’ Challenge Quiz (he captained the SCQ team from 2008-2009).

After leaving sixth form, he embarked on his sojourn at The University of the West Indies, Mona campus, where he applied the same rubric of discipline and dedication. Like high school, he joined several clubs and sat on many committees. The proud Taylorite of Attica Block was the external affairs chairman and deputy hall chairman between 2011 to 2014. Additionally, he was the Carreras Regional Scholar from 2011 to 2012, founding member and first vice-president of the then Caribbean Institute of Media and Communication Student Society in 2012, and a peer adviser at UWI Placement and Career Services.

The struggle to balance were all too real for the young adult, but it was par for the course along the way, shaping his way of thinking. If life wasn’t serious enough, he learned in his final year that he was expecting his first daughter. This journey was no longer about him — he had a daughter to take care of, and he promised himself that he would be the best father possible.

In August 2011, Dennis opened the window of opportunity as a junior news producer and presenter at Newstalk 93FM, producing three five-minute sports packages daily. In September, he closed that chapter and started another at Jamaica Information Service on January 2016 as a writer, producer and presenter in the radio department.

Three months in, he landed his dream job of working at TVJ as a producer and reporter for the television station and Radio Jamaica 94FM. Split between radio and television, he was encouraged to think about pursuing television on a full-time basis. Never one to walk away from a challenge, Dennis took the advice into serious consideration. Not before seizing the opportunity of a lifetime as a prestigious Chevening Scholar in 2018. “Chevening was the best experience of my life,” he remarked excitedly. He began a Master of Arts degree in broadcast journalism at City University of London.

Depressing British weather conditions aside, he revelled in the diverse knowledge hub and cultural exchange nd once he was finished, returned to his job at TVJ, where now, he graces the screen weekly at midday. Among his accolades are the Press Association of Jamaica’s President’s Award for Investigative Journalism, Best Radio Documentary, Award for Excellence in Reporting on Health and Wellness, all in 2018. He received the Hector Bernard/ Theodore Sealy Award for News (Electronic) and United Nations International Children’s Emergency Fund Award Excellence in Reporting on Children’s Rights in 2017.

What he loves the most about journalism is seeing the positive impact a story can have on people and changing their lives for the better. “Holding people and public officials to account and highlighting the stories and the plight of those marginalised: those, for me, are the drivers for why I want to do journalism and do it well; to make a difference in people’s lives,” he said. He is inspired by the love for his job, and his two daughters. “They make me want to be a better person. All that I do, I do for them.”

Outside of work, Dennis enjoys a good round of dominoes, the intellectual stimulation from playing scrabble, spending quality time with his two daughters, and supporting his football team Arsenal and West Indies cricket. He returns to his beloved Mitchell Town and Garvey Maceo to offer motivation and support whenever he can, where he is proudly regarded as an inspiration to many.