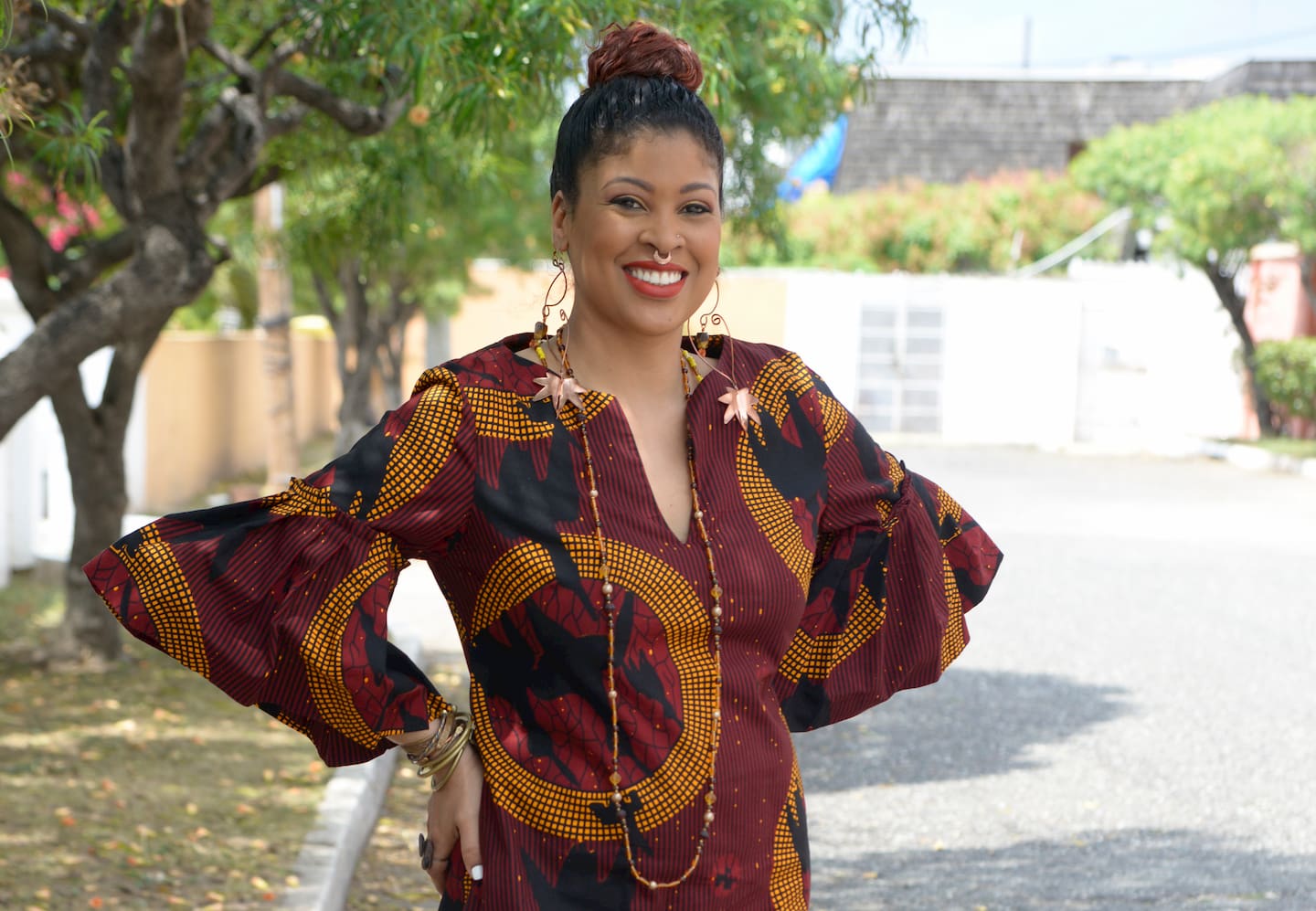 Dance artist, dance educator and womanist are some of the names given to the crowns affixed to Neila Ebanks’ head. Ebanks prides herself in making work that moves minds in the classroom, in the studio, as well as on stage by way of choreography, shaping bodies, space and ideas that stay with people even when they leave the theatre.

She began dancing as a four-year-old whose legs were turned in. With her mother’s growing concern and refusal to have them broken and reset, she enrolled young Neila in dance classes which helped with the outer rotation of the legs, not considering the possibility of her daughter making the remedy a profession.

“I didn’t allow myself to think of dancing as a career until I was 17 and studying at UWI and became a part of the University Dance Society. There, I was influenced by great people such as Dr L’Antoinette Stines and Dr Nicholeen DeGrasse-Johnson who were living from their art,” she recounted.

Ebanks soon went home and got into it with her mother who insisted that after she graduated from the University of West Indies, she could tread whatever path her heart led her to. With that, she rested, followed through and then completed a certificate in dance theatre and performance at the Edna Manley College. Having fallen in love with reading and writing about dance, she soon left for England to pursue a master’s degree in physical theatre in efforts to figure out how to create a more expressive dancer and also how to train a more physically expressive actor. Neila has done quite a bit of work in theatre at the Edna Manley School of Drama by training actors how to move.

“The voice is the body and the body changes the voice,” she explained. “I am a body advocate. The body is an intelligent being in and of itself and a ‘return to body’ is going to be a good thing in the coming years, and so I encourage anyone who wants to join that movement to get physical and get back in touch with their breath, muscles, bones.”

Ebanks also insisted that persons be more respectful of the arts as we truly cannot have anything without design, colour, movement and shape. She added that the arts teaches its students to be better humans and when children learn how to dance from a tender age, it’s not only psychomotor; they learn cognitive intelligence. Thinking improves, particularly mathematical thinking. “That’s my purpose; to unfold this information to other people whether it’s through choreographing, writing or dance projects,” she said.

Founded by Ebanks, eNKompan.E™ is a 13-year-strong physical theatre and performance research aggregation dedicated to moving minds and expanding dance consciousness through innovative and fearless dance inquiry, collaboration and experimentation. Taking charge of our culture, one moving mind at a time, the collective reclaims its purpose as dancing spirits, honouring the gift running through their bloodstreams across generations, and understanding the wholeness of dance’s purpose in today’s shifting contexts. What started out as a solo project incorporated other dancers, thespians, painters and even jewellery makers. eNKompan.E™ has travelled across the world to conduct workshops in countries such as Trinidad and Tobago and Denmark.

“It is such an honour to be awarded the distinguished woman in the arts. I’m kind of speechless about it because I know so many women out there who have been working in and around the art forms who are so distinguished in their own way. I give thanks. Art is how I know how to see things and live. I’m just doing what has been put in my heart to do,” she said in closing.