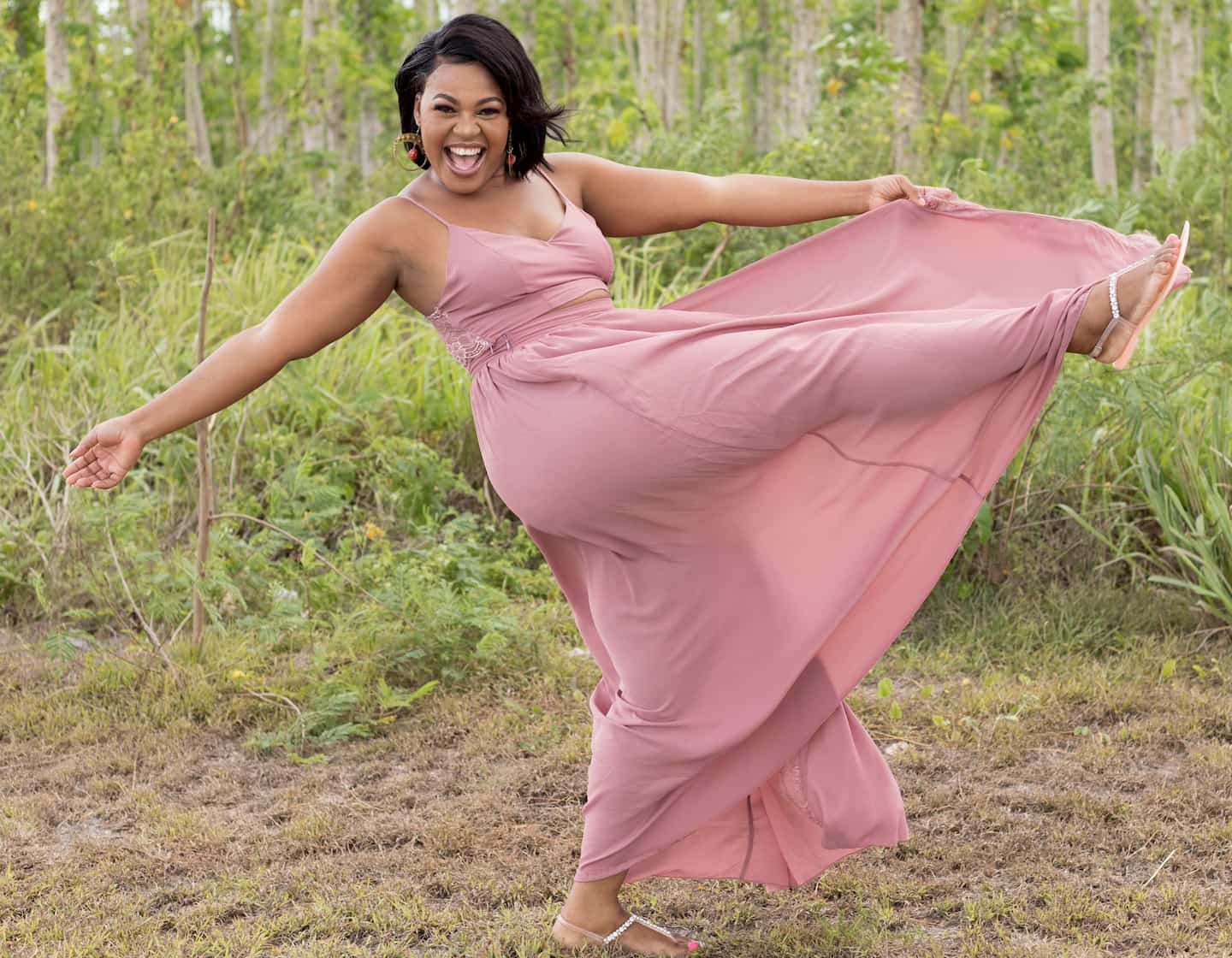 “One can never consent to creep when one feels an impulse to soar.” These words eloquently expressed by women’s rights activist, Helen Keller, seem to resonate in the journey of Cameka McCrae. Her beauty, effervescent personality, talents and fire for creativity set her apart from others in the media industry. This producer, voice-over talent, freelancer and entrepreneur continues to make a name for herself, chapter after chapter. So, Flair has decided to go behind the scenes with her and explore her remarkable story.

Chapter One: Growing up

McCrae grew up with her father, mother and four siblings. “My mom is the glue that kept everything together, and my father gave me tough love,” she revealed. Identified as the chatterbox of the family, she balanced the chatter by being a good student and active participant in extracurricular activities, both at school and at church.

Because she is free-spirited by nature, nothing ever bothered her. While attending Meadowbrook High School, the guys called her ‘Bulls’ because of her thick calves or legs. “It didn’t faze me, I combed my hair intentionally in two with two big puffs,” she admitted, with a laugh.

At home, she was known as the rebel. If her parents advised her not to do something, she would do the opposite. “I took risks, lots of risks,” she added. This would pay off later when she decided to walk away from her nine-to-five to embark on a new journey as a business owner.

They say college is the stepping stone to adulthood. This was where McCrae learned valuable lessons outside of the classroom on choices, decision-making, strength, relationship-building, resilience and survival. She majored in information science with a minor in mass communication at Northern Caribbean University; during which time she boarded on campus. In her second year, she wanted to change her minor to her major. Her father warned her against that option, strongly advising that she finish what she started.

Her survival skills kicked into high gear while in college and she learned quickly to make friends in the right places: canteen, security, resident advisers and, naturally, class friends, who could collect notes in her absence. This was all the preparation she needed to take on the workforce.

Freelancing for 16 years, no job was never good enough, or she was never too good for any job. Although she graduated with an IT degree, McCrae received her first job post-college in 2004 at Television Jamaica as a production assistant. Her passion illuminated in all of her tasks and projects. “As a PA, I had logged hundreds of tapes and movies; went on shoots with little to no guidance. It’s either sink or swim so I started freestyling.” Three months later, she was promoted to producer.

In 2005, she went to a new cable company as a senior producer and was given free rein to create anything and everything. But when she lost her job, Dad struck back with those tough life lessons once again. She explained further, “I remember getting fired from my job and you know the ‘80s baby had to contribute to the bills if you’re living in your parents’ house. I had the light bill, the biggest utility bill, and I couldn’t pay it. I said ‘Daddy, I won’t be able to pay the light’. He looked me dead in the eye and said ‘If you were living on your own, you couldn’t tell JPS you can’t pay the bill. You would have to pay it’.”

What else could she do but cry in that moment? She also had an epiphany: she had to do what she had to do in order to make it. She hustled at her own confectionery stand, selling sweets to raise the funds needed for the bill. “That teaching moment was significant and it changed my entire perspective on life.”

In 2017, she decided to take the business into her own hands by starting Kim Cam Productions. The boutique video production company specialises in pre to post-production services such as voice-over talent, production management, creative direction, stage management, video editing and content creation, such as, live and pre-recorded content for corporate, non-profit organisations and media houses. “We create features, promos, docu-features, social media content. You name it, we can create it. I believe in providing quality services with a smile.”

The go-getter was inspired by her family to take the leap of fate, since she was born from a long line of entrepreneurs and hard workers. But it was her son who provided that extra motivation. “Every year he got older, wanting more and costing more – it became more than obvious I wanted more for myself so I can offer more to my son. Everything I do is for him; he’s my number one reason.”

The queen of juggling is used to doing multiple projects at the same time. But when COVID-19 made landfall, it slowed down everything. It also made her more aware of herself and gave her the opportunity to be still and present. “I had to be intentional about how I moved, spent money and who I rubbed shoulders with. I maintained positive thoughts and spoke to God more. I accepted what I can’t change but I tried to master what I can.” She continued, “I was grateful for investing in a personal development conference last year, which prepared me for the pandemic, and I was very honest and straightforward with my son. I explained what’s happening and I tell him my plans. Children are way smarter than we think.”

McCrae is already looking forward to making her dreams of becoming a film trailer producer a successful reality, “Who knows? Maybe I’ll be creating trailers for Tyler Perry one day or my own movies.”

Her advice to aspiring creatives and entrepreneurs is to believe in yourself, follow your heart, make God the centre of whatever you do, be patient and stay ready for new opportunities. “Don’t take anything personal and treat people how you would imagine being treated. Honesty, loyalty and a smile still make a big difference.”