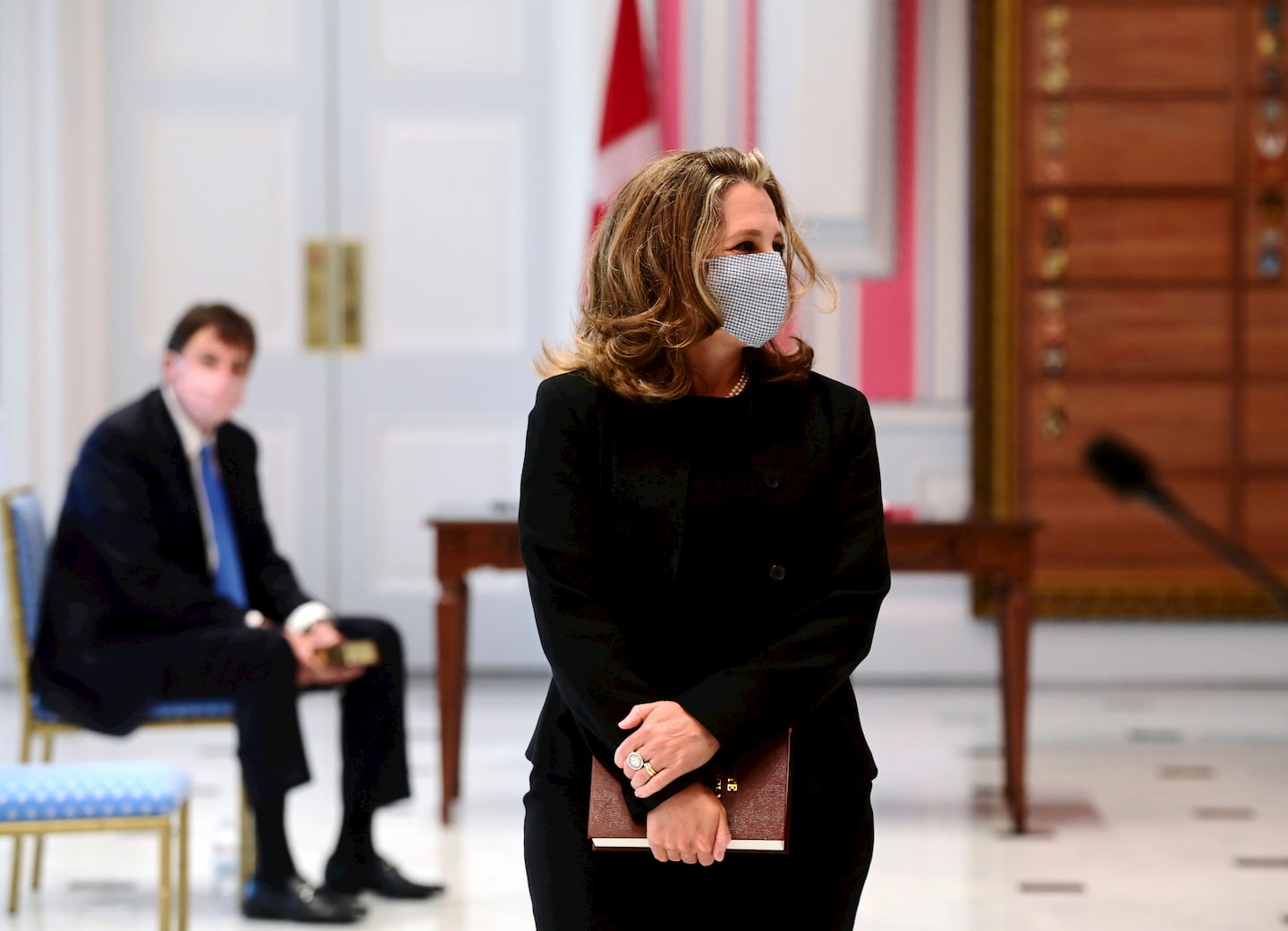 The former journalist, who had been Canada’s foreign minister was sworn in today, a day after her predecessor resigned after reportedly butting heads with Prime Minister Justin Trudeau.

A trusted ally of Trudeau, she helped negotiate the country’s free trade deal with the United States and Mexico, and will keep her job as deputy prime minister.

The 52-year-old is a Harvard graduate and Rhodes scholar who speaks five languages.

Trudeau named her to the job after Bill Morneau stepped down on Monday amid reported difference with Trudeau’s administration, which has been spending heavily to shore up the pandemic-hammered economy. He said he was no longer the appropriate person for the job.

Trudeau personally recruited Freeland to join his Liberal Party while it was the third party in Parliament in 2013. Freeland had a senior position at the Reuters news agency but was ready to move on after setbacks in her journalism career, friends said.

Freeland previously had risen rapidly at the Financial Times where she became Moscow bureau chief in her mid-20s during the collapse of the Soviet Union.

Freeland also served as deputy editor of the Globe and Mail in Toronto and the Financial Times, but left the latter publication after a clash with the top editor. She was familiar to many TV viewers in the U.S. because of her regular appearances on talk shows like Fareed Zakaria’s on CNN.

She has been a frequent critic of Russian President Vladimir Putin, who banned her from travelling to the country in 2014 in retaliation for Western sanctions against Moscow.

“The appointment of Freeland will be very popular, especially with women,” said Nelson Wiseman, a political science professor at the University of Toronto.

“She’s risen quickly because she is smart and competent. She impressed Trudeau in the NAFTA negotiations. It is still too early to speculate about a successor to Trudeau, but there is little doubt that she is currently the favourite with Liberal voters and, probably, the Liberal backbench.”

Opposition parties had been calling for Morneau’s resignation over allegations that he had a conflict of interest in a controversy with WE Charity, a scandal that has also touched Trudeau.

No woman has ever been appointed finance minister in Jamaica. Do you think it’s time for a female minister of finance? Who would be your pick, and why?