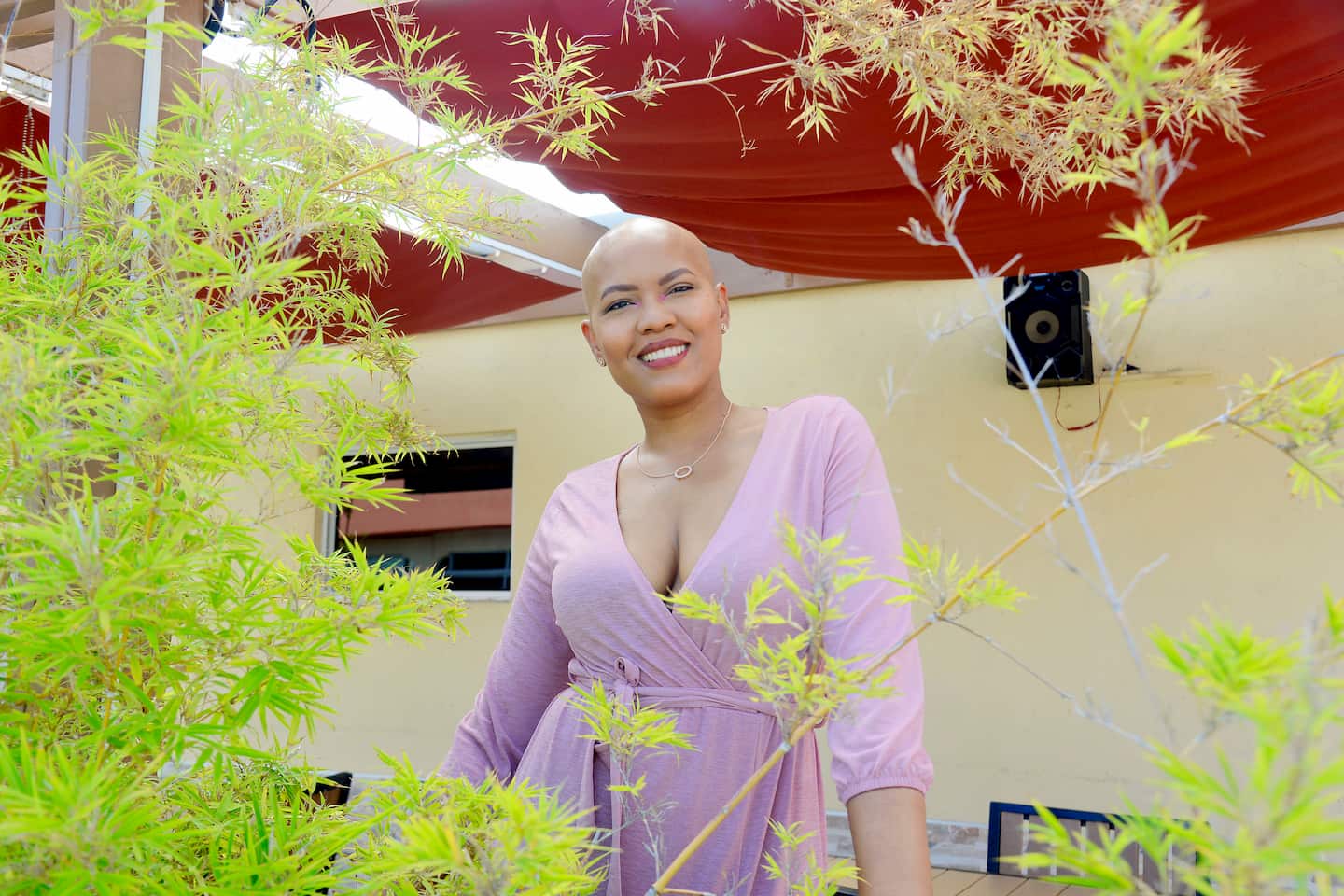 Imagine your doubt and fear ringing true when you discover that you have breast cancer. It’s ‘Pinktober’ so we’re kicking off the awareness month by sharing the life-changing story of Chelan Smith and her beauty in the face of this battle.

Magnetic by nature, elegant and eloquent, she struts with an air of confidence, exuding radiance on the most trying days. Flair met with Smith recently at her favourite chill spot, Jamaica Liquor Warehouse, to find out more about her diagnosis and treatment.

After feeling a lump in January, Smith says she went to the doctor to get it checked. A test and biopsy were done in February and she received the results on March 23 — a day she will never forget. “I was numb,” she explained. “I was convinced that this was just my paranoid and hypochondriac self. I talked myself out of the lump being anything.”

When she peeked over the doctor’s desk into his hands to see in her file that she was in fact positive, she thought her eyes were deceiving her. She went to the parking lot following that reveal, called her stepmother and began crying. “I bawled and bawled. And then I pulled myself together,” she added.

Diagnosed with stage llB-lllA, (llB based on the size and lllA due to its detection in four out of seven lymph nodes) life as she knew it changed in swift progression. “I had to find a doctor. The doctor wanted to do the surgery as soon as possible. Then once you do the surgery, you have to meet and find an oncologist. I literally felt like I was on the outside looking into everything that was happening.” Food consumption was viewed with suspicion and a different approach to eating became the new necessity.

It was, however, the mental tenacity which played the biggest factor in the battle. “You don’t want it to tear you down. The first thing the doctor said was that stress is a no-no and that this fight is 95 per cent mental. So I held on to that and tried my very best. And the things that I thought were important just weren’t that important any more.”

Since she is HER-2 positive, her doctors took an aggressive approach to treatment before resorting to milder drugs. Food proved to be the biggest challenge. Chemotherapy was a part of her treatment and it burned her mouth, frying the taste buds. “At one point, I was eating crushed boiled Irish potatoes, with no salt or black pepper, just to ensure that I was eating because I needed to. Once your health, weight or blood count goes down in any way, they would’ve stop chemo, so thank God!”

She is extremely grateful to her family and friends who have provided a strong sense of normality in her life by showing unwavering support, praying for her and joking around, all in the name of fun. She has also incorporated structure by having a caretaker stay with her to schedule meals in a timely manner. “I kept working, regardless of being sick, to get my brain functioning, so the normality really was a group effort. COVID measures and restrictions didn’t stop them from doing ‘balcony byes’, just to have some lunch with me,” she said.

When asked what continues to motivate her to wake up in the morning, she responded, “Me nuh ready fi not get up yet! Every day your eyes open is a blessing. And I just don’t take it for granted. When I found out that I was sick, I prayed to God and I said to Him as long as you stay by my side, I will fight. I will fight like any warrior you have ever heard of. And I never felt alone. So from I open my eyes and I feel like God is with me, that’s my motivation. We’re keeping it, we’re pushing it, it’s not my time yet.”

Since completing chemotherapy, Smith is moving on to the next step of treatment: radiation. Her advice to women in the breast cancer community, especially those recently diagnosed, is allow yourself to feel. If you want to cry, she recommends that you cry. But promise yourself that you won’t stay there.