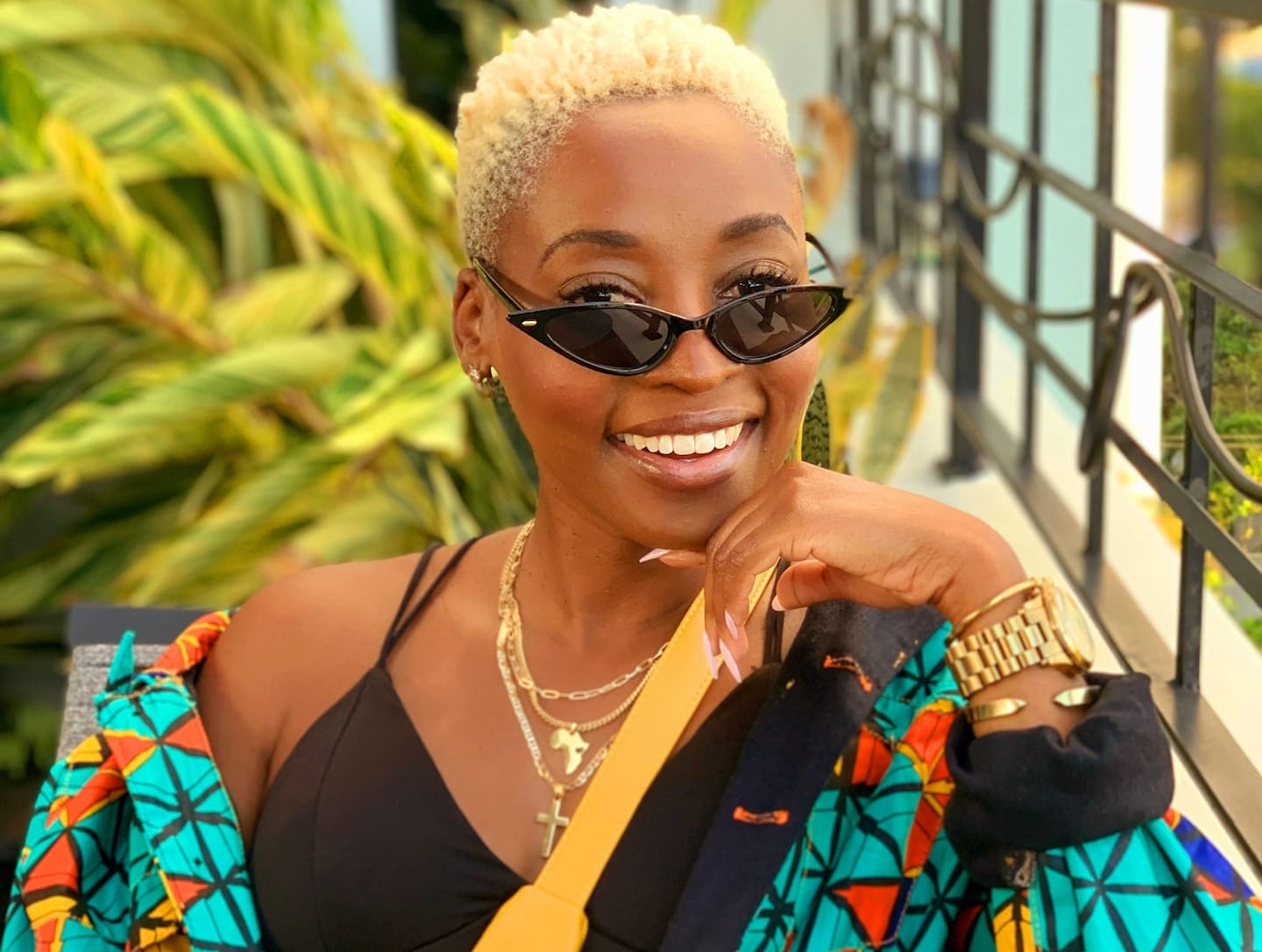 Single for more than a decade, Clara Kahwa is honouring her path

They say, “Being single is not the time to be looking for love. Use that time to work on yourself and grow as an individual.” But how much time does one give to honouring those progressive pursuits? For Clara Kahwa, epiphany washed over her like cold sweat at the discovery that she had been driving in the single lane for more than 10 years.

The decade-long time frame was the culmination of mixed emotions. Prevailing themes of the blame game, emotional unavailability and unresolved personal issues remained on rinse and repeat until she could break the cycle.

“I think it hit me in 2018. I realised that I’m a ‘in a relationship’ type of girl, and that is what I want,” she told Flair. By 2019, she opened Pandora’s box when she shared her story of depression that uprooted some old wounds. It was during that stage she discovered that her healing process had been placed on pause.

She revelled in the single comfort of knowing that she doesn’t have to answer to anyone. Her space and time belong to her. There is peace in knowing that she is all for herself. Professionally, she spent years hiding behind working on her music career, so much so that she had little time for anything else outside of family and close friends. That world had already crumbled, and it wasn’t easy to return to normal in that regard. But through growth and acceptance, she apologised to her broken pieces and uncovered the past version of herself as the lover.

“When I was reunited with the girlfriend part of myself, I was like, ‘Oh no, babe. No wonder it wasn’t working out. You never tapped into your loving side, that person who was very fearless, bold and open-hearted with her love,’” she said. By 2020, it dawned on her that the last time she loved somebody was all of 11 years ago. So she began her healing process.

Associate counselling psychologist Jhanille Brooks explained that while we can’t choose traumas, we have the power to heal so that the weight and burden from emotional wounds and baggage aren’t carried into the future. She painted this travel scenario as an informative guide, “Imagine you’re going on an all-expense-paid vacation to an exotic destination. You’re only allowed one piece of luggage. What do you carry? Instead of packing up the grip with six swimsuits, 25 dresses and 10 jeans — ladies, I’m talking to you — you only need to bring the essentials.”

She continued by highlighting that in the same way you would have to decide what’s important to travel with, it is equally vital to have room in your mind and heart for the memories, thoughts, feelings and lessons which will serve you in your life journey. “Each life experience teaches us a valuable lesson; take the lesson, place it in the carryon and let’s go.”

In the discussions, Kahwa revealed that one of the reasons she was single for so long was because men found her intimidating. “I usually took offence to this statement because he doesn’t need to have a million things to meet any criteria. Furthermore, he hasn’t even approached me so that I can say anything, so I wasn’t sure what a man would be intimidated by.” But she found clarity in what she calls the pace of grace. She understood that based on an independent woman’s standing in life and how much she can provide for herself, she could appreciate a man not wanting to take on more than he can afford.

Unhealed trauma in relationships, according to Brooks, usually manifests itself in the form of bitterness, resentment, lack of trust and guardedness. Because persons are hurt, they build up walls and hide behind defence mechanisms to prevent themselves from experiencing that pain and loss ever again. “The main drawback to building walls is that it limits the amount of love you are able to give and receive and reduces the potential of your relationships. Without our walls, there is the potential to get hurt a lot, but it also means that we can live emotionally rich and beautiful lives,” she added. This gave way to the matter of ‘situationships’.

Kahwa did admit that she engaged in situationships as a limited approach to commitment. There’s no consideration of the other party involved or his feelings, just living in the fleeting moment. “In a ‘situationship’, you are settling for what you get right now. But it’s not your goal if you’re relationship-oriented. It will only do more harm than good to you if you’re holding back and not honouring yourself and your truth.”

Brooks agreed, noting that people enter this arrangement because they’re not ready for commitment, don’t like labels, or don’t believe in monogamy. But because it takes two to tango, there needs to be an open and clear channel of communication beneficial for both parties on how to engage and navigate where the ship is sailing, “’Situationships’ can cause anxiety for persons who like clear boundaries and defined roles. Not everyone is comfortable with ‘going with the flow’, and ‘situationships’ often follow that mantra. Which goes back to the point of each person knowing what they want, communicating the same, and saying goodbye to situations that are not meeting your needs.”

So here’s the big question: Is the creative open to dating? She is open to organically meeting someone new. Admittedly, she doesn’t have much experience with dates. “I’d appreciate thoughtful gifts, ideas and experiences.” Attributing her readiness to God’s doing, she was challenged to write down what she wanted in a man. Her love design includes a man who is God-fearing; has a peaceful aura; progressive and doesn’t settle; outgoing, educated, smart; financially stable; a potential or a good father; and “accepts me for who I am”.