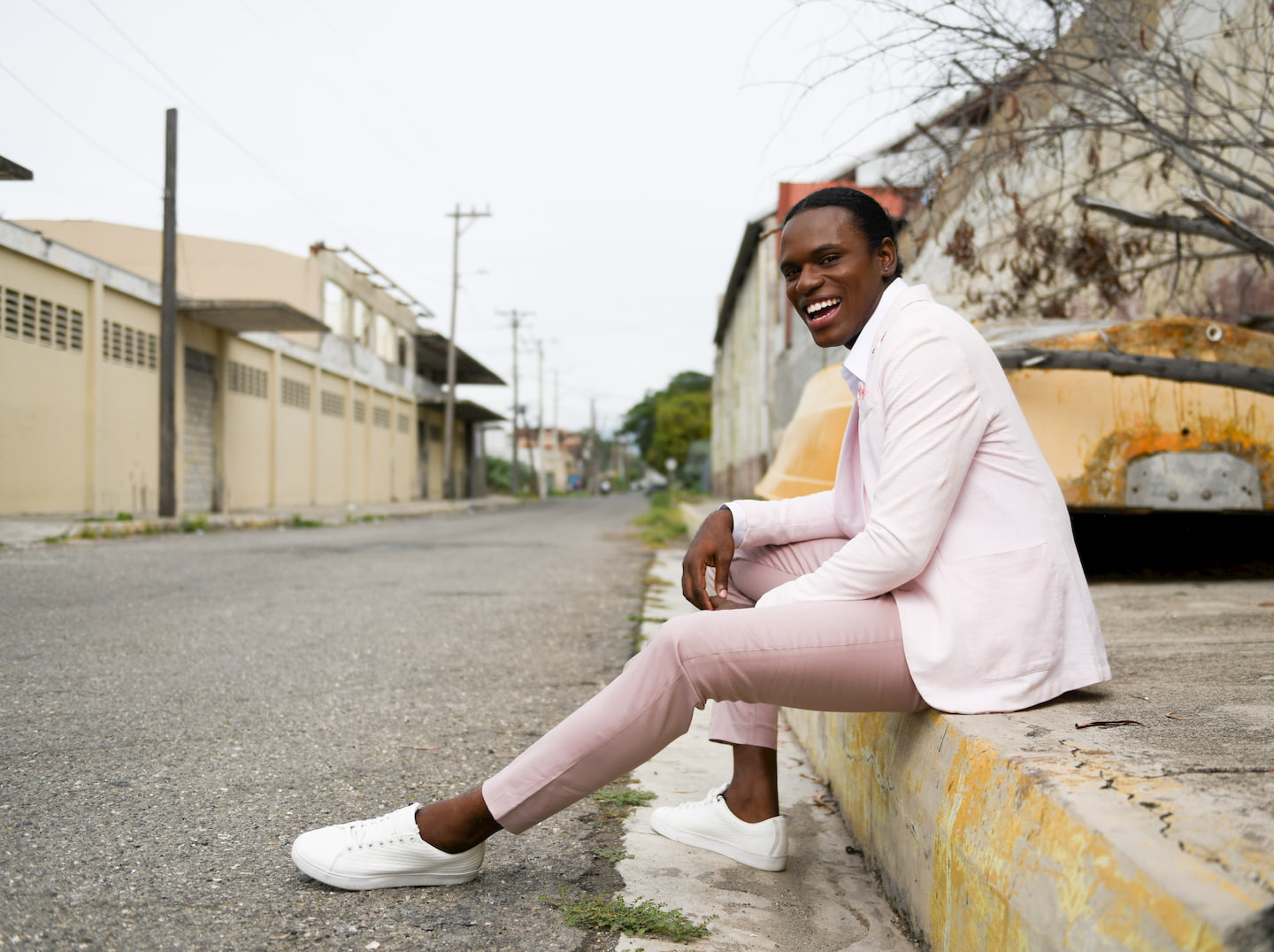 While slowly discovering his love for design in his teenage years, Dyer printed out business cards inviting people to reach out to him for interior decorating services, a new venture, which, despite his limited experience, he was awfully good at. Time progressed and his unadulterated love for design turned into passion as he was introduced to the world of fashion at the Jonathan Grant High School. He won the hearts of many at his first amateur high school fashion show. Now more confident in his abilities, he decided to make outfits for his mother, a helper, so she, too, could stand out and feel included when it came time for swathing her body in fine linen.

“I was curious about all aspects of fashion, even the runway. So at 16 years old, I tried out to join one of the oldest modelling agencies here in Jamaica. Surprisingly, I was the first among the lot to be selected,” he recounted with pride.

From there, things looked bright for the young creative. He was being groomed to walk on international runways for famous brands, meeting all the right people and living his dream. However, his happiest day quickly turned into a horror story as he was offered a substantial contract but, in order to access this new level, was asked for favours in return, with which he was uncomfortable. Holding his integrity in hand and faith in himself, Dyer walked away from the situation and came up with a plan so that other aspiring models would not have to endure the same ordeal.

“I sat with my business plan for years until I got to the age where the business could be registered,” he said.

Sway has a track record of successfully giving leverage to local female high fashion models through several international agencies and platforms, such as The Face, Paris and Red Management, New York. For the male model management entity, Dyer has scored the opportunity for models to work with Q Management, New York, Flow, Jamaica, Rum Bar and MoDA Runway, along with being photographed by both local and international photographers. He prides himself on taking under his wing those who’ve encountered many disappointing ‘nos’ and was the first agency to sign deaf model, Britney Barnes.

The brand also specialises in pageantry; teaching future cultural ambassadors to be role models for women across the world by way of etiquette, speech and honing their talent. Some of his biggest achievements include:

Of course, Dyer could not leave without giving a bit of advice for those trying to access the modelling industry. “Be exactly who you are and maximise on that. Be humane and remember your roots”.