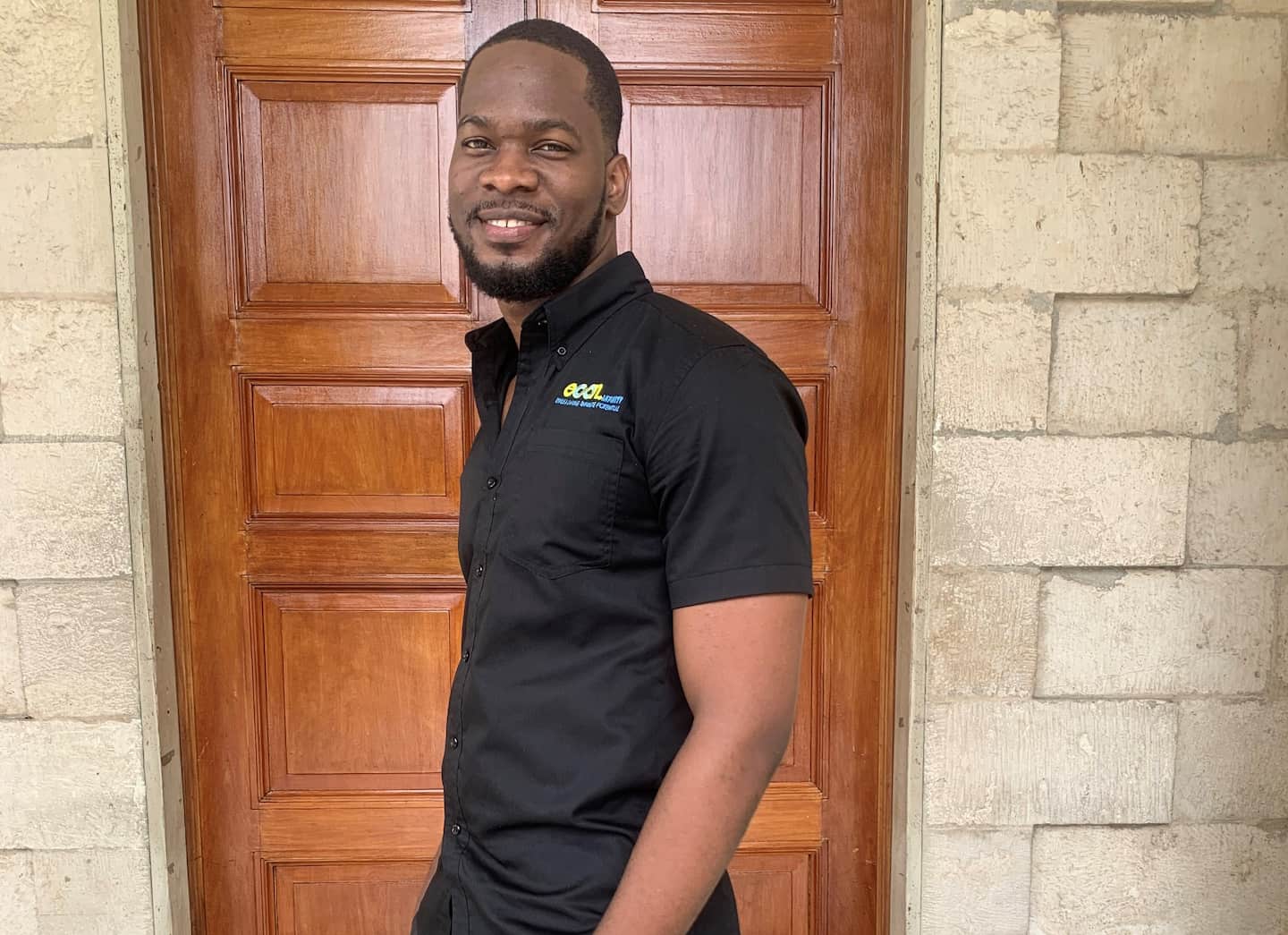 Etel Williams is ‘The Economics Man’

Driven by purpose, it’s hard to walk away from your goals when they come knocking at your door. So when his passion manifested itself in the form of economics, Etel Williams had no choice but to follow his calling. This resulted in the start of his successful tutoring business, Econ Infinity.

“The main reason why students struggle with mathematics, economics or any other subject is because they tend to lie to themselves. They are not aware of the type of student they are or they’re not cognisant of their learning abilities,” the founder and chief executive officer said. He explained that he, too, suffered the same fate, confessing that he hated mathematics and he struggled to pass because he didn’t understand how to grasp the subject matter.

Questions of whether or not a student is an audio, visual or audio-visual learner were never asked when they should’ve been brought into the discussion. “Once you get that mechanism, you can use that understanding to process the material. And, if it isn’t coming as quickly to you, then start your revision earlier, put in the work and don’t be afraid to ask for help.”

Williams first discovered his love for teaching during his second year of pursuing his Bachelor’s of Science degree in economics and accounting at The University of the West Indies. As the only student to answer the tutorial question that week, a high bar was set among his peers who looked forward to his straightforward explanation of these complex topics. The scholar kept that momentum going by always knowing the material. As his thirst for knowledge prevailed, he was unphased by the extra reading.

Accounting came easy, but after a recommendation from a friend, he began studying economics as well. Before he knew it, he was starting a new scholastic chapter with his Master of Science degree in economics. “I realised that economics was an undercover mathematics degree. But there was a theoretical base that I was so fond of. When I integrated them, it just felt natural,” he explained.

Upon the completion of this feat, he had his sights set on one job. But with the wait taking months, and COVID-19 wreaking havoc on the outdoors, he decided to fully immerse himself in the econ culture.

As an adjunct lecturer at the UWI in the summer, he noticed how easy it was to explain a concept of any subject. And the students were really understanding the work. He was also a head tutor of econ and mathematics and all of his students would get A’s and express gratitude for the assistance and the discovery. His desire to share his factory of knowledge with others, plus his teaching experience, paved the way for his online tutoring business. “I shared the idea with a friend and he advised me to go for it. The traction I got from it, the support, to see how many people pushed out to help me launch the business; it was just a blessing,” he revealed.

He started out with a business partner who later pulled away, opting to go mainstream with his day-to-day job. Disappointed, Williams was not deterred from his dream. The extra push led to him giving free classes because the business wasn’t profitable in its inception in 2020. And since it was a pandemic, he decided to bridge the gap in education for students who could not afford classes or no longer had the interest to learn. “The strong patriotic urge I have for development, I had to put the revenue-generating aspect of Econ Infinity on pause and give back in teaching,” he said.

And because econ alone wasn’t a good enough reach, he added math to the teaching equation, noting that Jamaica cannot afford to have children with untapped potential who fall through the cracks.

Going by the mantra, ‘We don’t make learning easy, we make learning fun’, Williams ran several free marathons to tackle the examination preparations, and he is not alone. Since being an official business in November of 2020, the business has gained traction and has become lucrative. The team also grew to include staff members like senior teachers Rajiv Gingoor, Jonmarc Young, Rajauni Edwards and David Morgan, who also serves as head of department for the mathematics section. The head of economics at the Caribbean Secondary Education Certificate level is Monique Williams, while the head of economics at the Caribbean Advanced Proficiency Examination level is Eugenia Collins, without all of whom success would not have been possible.

As he continues to make extensive efforts to distinguish himself in academia, research, student leadership, teaching, mentorship and volunteerism, he hopes to change the world and make it a better place through economics.