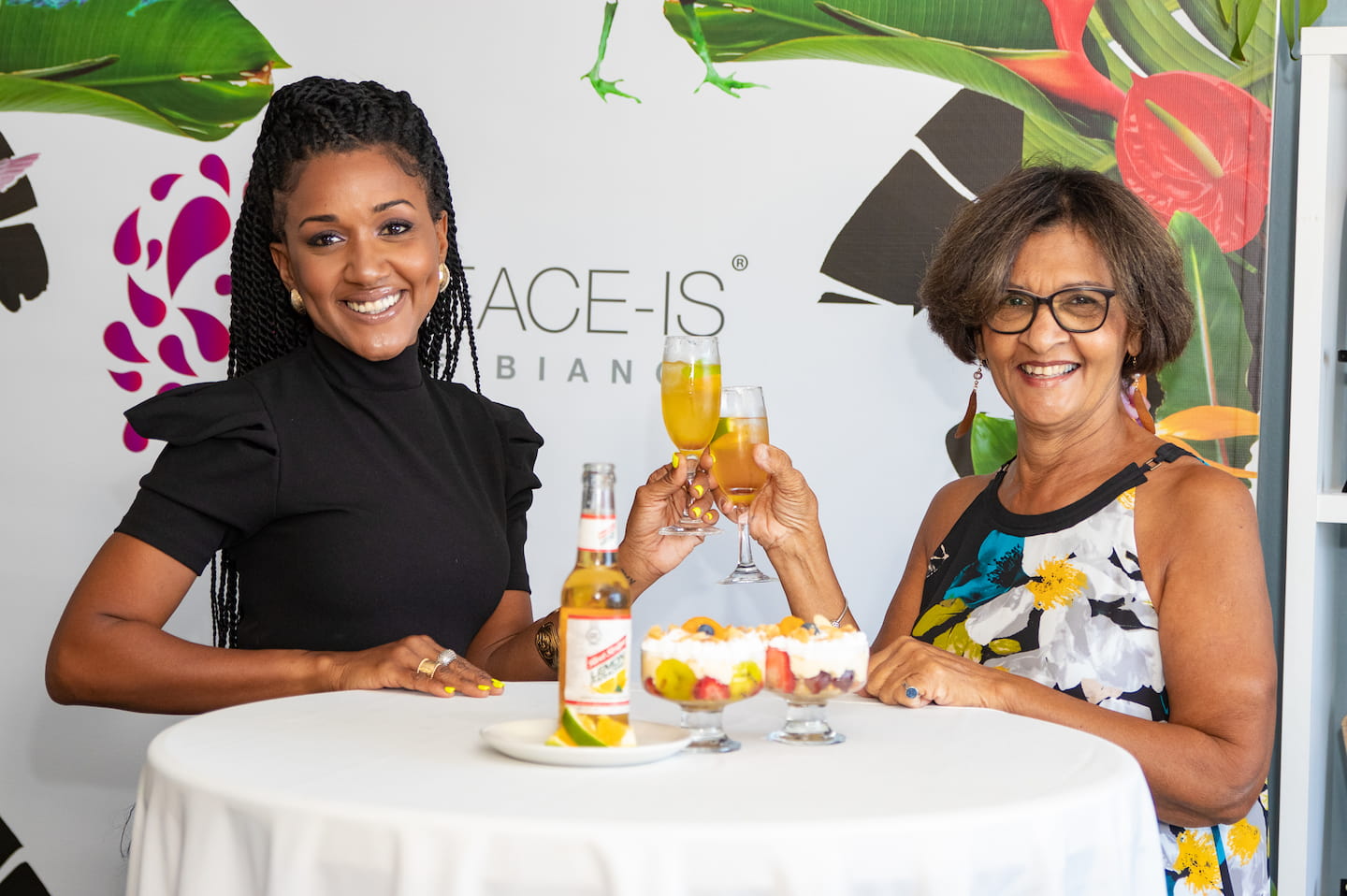 Local jewellery designer Bianca Bartley, owner of Peace-is of Bianca, is very clear about the role her mother Arlene has played in her life and work. When a broken relationship sent Bianca spiralling, it was her mother who not only helped her rebuild her confidence, but also stepped in to provide the support she needed to find her footing.

“She gave me a room in the house, which I turned into a studio, and she watched me try and try. She was always encouraging me to keep at it because she realised this was what I wanted to do,” explained Bianca as the fashionable duo chatted over Red Stripe lemon cocktails and a decadent English Trifle made by Arlene.

Bianca is a free-spirited designer of exquisite hand-crafted jewellery. The Peace-is of Bianca brand has quite a following of devoted collectors. However, her path to entrepreneurship did not begin with the jewellery business. “I was working as a makeup artist before I started my business. One day I wanted to go on a boat ride. I love expensive jewellery, but I could not afford any at the time. I had just seen a show at Edna Manley with some amazing jewellers, so that was fresh in my mind. I really wanted to go on this boat ride, and I did not have any jewellery to wear. So, I just twisted a pair of copper pieces together and put them in my ears,” Bianca explained.

The feedback to her piece, along with a chance meeting and encouragement from a well-known jeweller that very same day, cemented what her mother had been telling her and gave her the push to start her own line.

Bianca says the inspiration behind the name ‘Peace-is of Bianca’ was born out of a very bad break-up and a low period in her life. “One of my biggest collections was the story of that break-up. I took the pieces of me to find peace,” she said.

Perhaps the yin to her daughter’s yang, the demure Arlene shared how proud she is of all her daughter’s accomplishments, especially in the growing success of her business. “I admire Bianca’s determination and ambition. She is very hard-working. She reminds me of myself sometimes,” she mused. “Bianca can be very demanding, but she has taught me how to be more patient, open and loving as a mother,” she continued.

Arlene, a self-taught baker, often whips up delicious sweets and treats when Bianca is launching a new collection. As a result, clients who attend launch events are met with delights for both their eyes and tummies, and often purchase Arlene’s desserts.

A beautiful new Peace-is of Bianca collection was launched in time for Mother’s Day, titled ‘Full Plume’. The launch ran all week, ending on Saturday at The Jamaica Pegasus hotel and gave customers the ability to purchase pieces, as well as gift certificates. Beer brand, Red Stripe, also partnered with Bianca to add a stripe of flavour for the Saturday shoppers.

When asked to describe their relationship, the two burst out laughing. “I would simply say it’s quite interesting,” offered Arlene. Bianca describes herself as a perfectionist, much to the annoyance of her mother. However, their family is very close-knit, and Bianca attributes this to her mother, who she says is the glue holding them together. She admires her mother’s love for her family, work ethic, financial wisdom, and selflessness.

One of the many things that helped to keep their relationship strong is their shared love for music, trips to the beach, and dancing, something they often do.

Both being artisans in their own right, Bianca claims that only the two of them can understand each other, as they are very similar in many ways, and this can sometimes make their relationship rocky. However, despite the rough patches, Bianca said, “It was her tough love that allowed me to find myself, and for us to now have one of the best relationships ever.”

Between bouts of laughter and a few tears, she explained that she has recently started to view her relationship with her mother differently. “So many people have passed recently, and during the many arguments with my mother, I used to say to myself, suppose my mother was to die? That thought would instantly get me back on track,” she said tearfully.