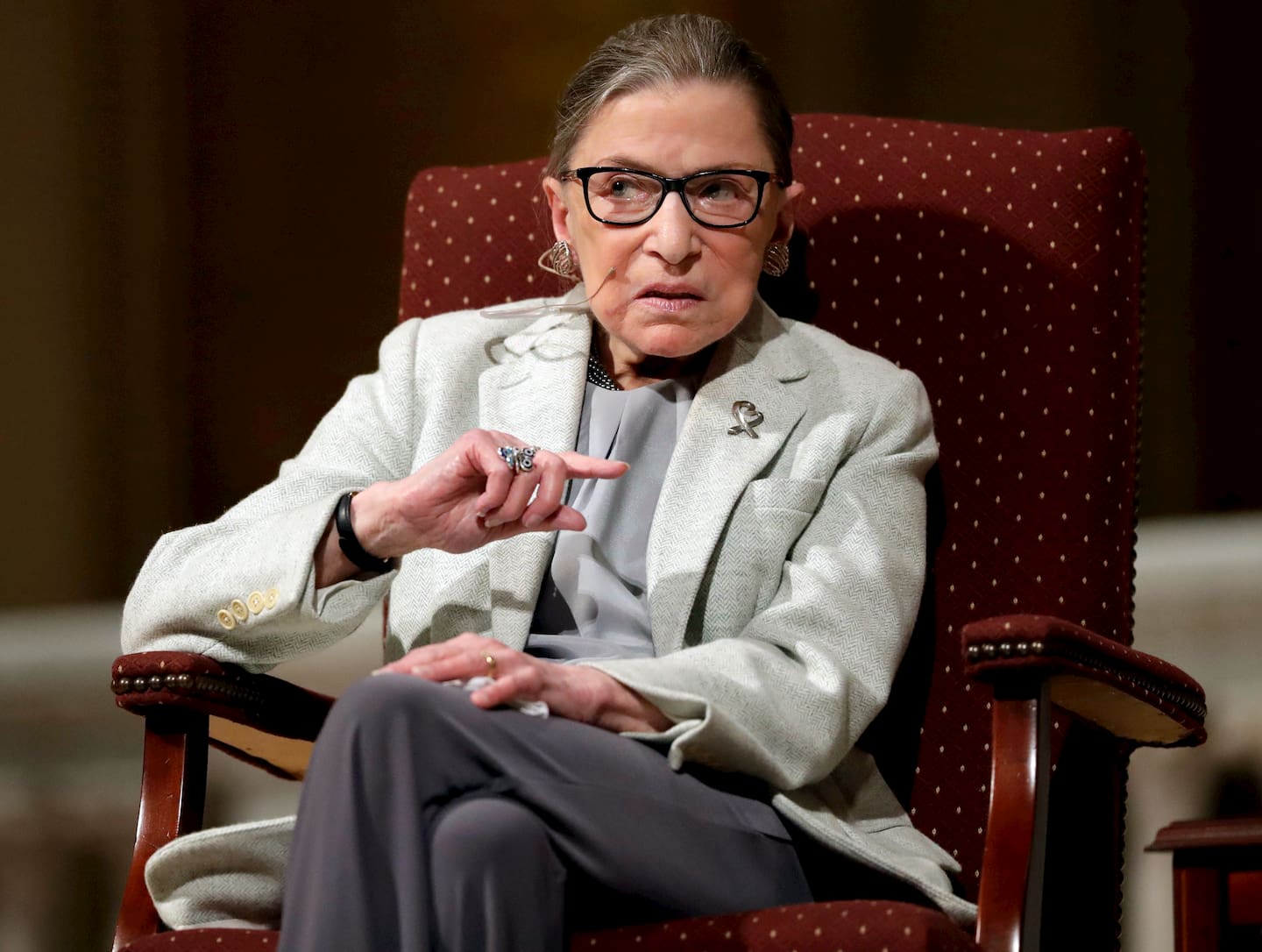 Ginsburg, a feminist icon memorialised as the Notorious RBG, dies at 87

When court was in session, she often had her head down, sometimes leading visitors to think she was asleep. She once acknowledged that she did occasionally nod off. She once confessed to dozing during a State of the Union.

But it was a mistake to equate her gait and gaze with frailty, for Ginsburg showed over and over a steely resilience in the face of personal loss and serious health problems that made the diminutive New Yorker a towering women’s rights champion and forceful presence at the court over 27 years.

She made few concessions to age and recurrent health problems, working regularly with a personal trainer. She never missed any time in court before the age of 85, and then only following surgery in December 2018 for lung cancer.

Ginsburg died Friday of complications from metastatic pancreatic cancer at her home in Washington at 87, the court said.

Late in her court tenure, she became a social media icon, the Notorious RBG, a name coined by a law student who admired Ginsburg’s dissent in a case cutting back on a key civil rights law.

The justice was at first taken aback. There was nothing “notorious” about this woman of rectitude who wore a variety of lace collars on the bench and often appeared in public in elegant gloves.

In 2018, Ginsburg was the subject of a documentary and a feature film On the Basis of Sex, in which the actor Felicity Jones portrayed her.

In her final years on the court, Ginsburg was the unquestioned leader of the liberal justices, as outspoken in dissent as she was cautious in earlier years.

Her stature on the court and the death of her husband in 2010 probably contributed to Ginsburg’s decision to remain on the bench beyond the goal she initially set for herself, to match Justice Louis Brandeis’ 22 years on the court and his retirement at the age of 82.

Ginsburg had special affection for Brandeis, the first Jew named to the high court. She was the court’s second woman and its sixth Jewish justice. In time she was joined by two other Jews, Stephen Breyer and Elena Kagan, and two other women, Kagan and Sonia Sotomayor.

Both developments were perhaps unthinkable when Ginsburg graduated from law school in 1959 and faced the triple bogey of looking for work as a woman, a mother and a Jew.

Forty years later, she noted that religion had become irrelevant in the selection of high-court justices and that gender was heading in the same direction, though when asked how many women would be enough for the high court, Ginsburg replied without hesitation, “Nine.”

She could take some credit for equality of the sexes in the law. In the 1970s, she argued six key cases before the court when she was an architect of the women’s rights movement. She won five.

In 1999, Ginsburg had surgery for colon cancer and received radiation and chemotherapy. She had surgery again in 2009 after being diagnosed with pancreatic cancer and in December 2018 to remove cancerous growths on her left lung.

In 2019, doctors treated Ginsburg with radiation for a tumor on her pancreas. She maintained an active schedule even during the three weeks of radiation. When she revealed a recurrence of her cancer in July 2020, this time with lesions on her liver that were treated with chemotherapy every two weeks, Ginsburg said she remained “fully able” to continue as a justice.

She is survived by two children, Jane and James, and several grandchildren.

Her determination was perhaps most evident on the day the court met for the final time in June 2010. Her husband had died a day earlier, and her children told her their father would want her to go to work. The justices filed into the courtroom that Monday, and Ginsburg was there.

Five things you should know about Ruth Bader Ginsburg