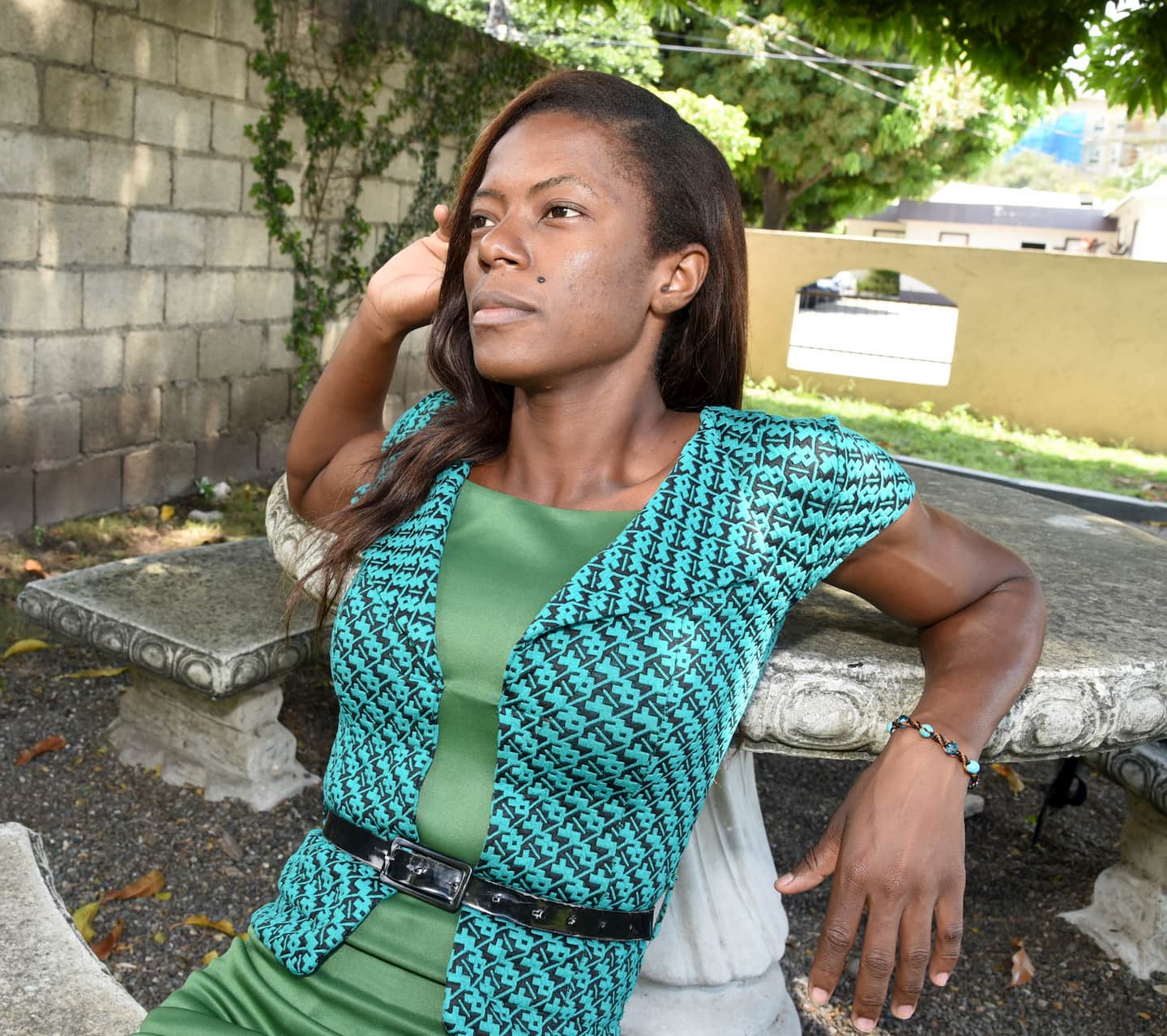 She stands 161 centimetres tall with a stage weight of 115 pounds. Bodybuilding is a major aspect of her life. So too, is research, which is her bread. Deidre Lewis is a  champion, winning medals for Jamaica wherever she carries her psyche. In fact, just over a week ago she struck gold at the 46th Central American and Caribbean Bodybuilding Fitness Competition in Dominican Republic.

Spontaneous, candid and adventurous! These are just a few words you can use to describe this petitely framed natural beauty – although sometimes she cheats, but that’s only when she is competing. Lewis is known to many as simply a bodybuilder, who hits the gym daily to perfect your prize-winning figure. However, there is more to her than this.

Brewing with a high level of contagious energy, one cannot get bored in the company of the 26-year-old St Ann native. You’ll have no choice than to join in the fun and laughter as she unleashes her warm personality.

If you’ve had the pleasure of meeting or chit-chatting with the young athlete you’ll quickly learn a thing or two about her. For instance, you’ll know how enthusiastic she is about food. She is just as ecstatic about eating and sleeping as she is about bodybuilding. And that’s not because she has to maintain a rigid diet to meet her accomplishments. You can’t blame her, right?

Lewis prefers living in the country. She said, it’s cool, calm and worthwhile conversing with neighbours. The UWI alumnus came to the city to complete her studies.

“If I could just move some of the resources from Kingston to the country I would, and go back to living in the country. I like that things are fast-paced in Kingston, but here I’ve been exposed more to gunshots and I can’t bother with that,” Lewis explained.

Also, her difficult past propels her to live a colourful life. This includes volunteering her services to those who need it most.

BODYBUILDING YES OR NO

Never in her wildest dreams did she ever envision herself as a bodybuilder. She thought this was not for her and figured she would look manly instead of coming off as admirable or cute. But that changed after her supervisor at The University of the West Indies gym, where she worked as an instructor, encouraged her to test the waters.

“There is some truth to this, but only if you take steroids. I know that most females think that muscles are not appealing and that they’ll look manly if they pursue this. But you can’t work out in the gym and look like that to the extreme just by lifting or eating healthy. And I doubted myself too, because I was much smaller, and even though I did track and field I did not have a lot of muscles,” she told Flair then burst into a fit of laughter.

Now, it’s one of the best decisions she has made. She does not intend to derail from this lifestyle anytime soon. Plus, she’s super proud of the weight she gained since working out.

“Everything about bodybuilding appeals to me. And the fact that I get my to keep my psyche makes me happy. It’s mine and nobody can take it away from me,” she said.