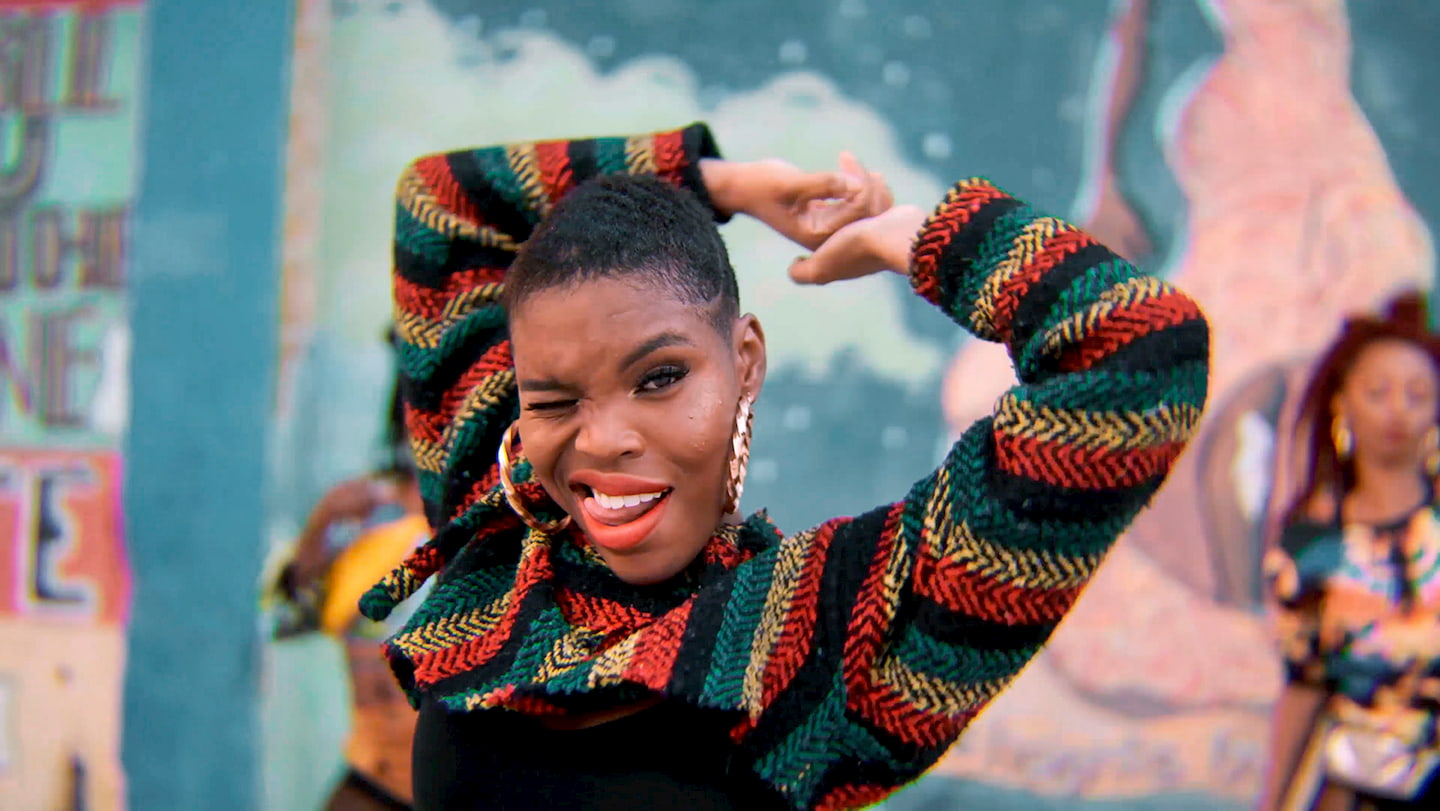 “I don’t consider myself to be dancehall or hip hop or an Afro-dancer. I don’t want to be defined or boxed in. It’s movement. Connection of my mind, body and music. That’s my style, just movement. Music plays and my body moves.” Those were the inspiring sentiments beautifully danced by young choreographer, Shamara Spencer.

Growing up, Spencer was always fascinated by the arts.

“I was always artistic, I’ve always been a performer – whether it was acting, singing or dancing – performance has always been second nature,” she told Flair in an interview.

Mimicking characters in cartoons and movies with sheer animation, she would also learn all the latest dance moves from her eldest sister.

“I was the little dancer in the circle at every function,” she added. Music, in turn, played a huge part of her life as well. Surrounded by musicians at her family’s church, she never played an instrument, but she did tap her hands on the church pew in an attempt to match the drummer.

“It’s funny how little things in life play out, because now when I listen to music, I hear all the syncopated beats and that’s what I dance to, hardly ever the words.”

She was well on her way, dancing to the pulsating beat of her own drum, when her parents caught wind of the love for dance and encouraged the movement with the involvement of dance as an extracurricular activity. She and her sister also became members of the AYAEDEH Performing Arts Group in Manchester, spearheaded by Juliet Colie.

Spencer progressed to enrollment in the University of South Florida, migrating from these green shores. The move was challenging but rewarding. She was able to take courses in world African dance and movement and train in hip hop at Vyb Dance Company and Relentless Dance Troupe Inc in Tampa. But in 2017, she made the difficult decision to return home. After preparing herself, she finally left Tampa behind and was back in Jamrock in 2018.

“I was actually preparing to go do my master’s degree and then I had what some would call an epiphany. I realised that there was no real purpose in achieving that goal. It was honestly about money. I even ran into difficulty – a hurricane resulted in my exam being cancelled and there were no available dates until the next year, which would push back my application for an entire year. That made my decision even easier.”

Coming home, she says, was far from easy, but she felt as though it was necessary. There were things that met her expectations and others threw her off, but Jamaica truly has her heart. ‘I wanted to come back to Jamaica to pursue my dreams, and try my best to add to the development of the arts in Jamaica and that’s what I’m going to do. We have so much soul and potential here. It feels great to be home,” she shared.

Since her return, she has taken on choreographic pursuits, while working a nine-to-five.

She loves and appreciates how authentic and liberating the local culture is, but at her core, her love for dance prevails. Open to learning all styles and experiencing different cultures, she embodied the country’s motto ‘Out of many, one people’ with dance, because she has submerged herself in all different genres, which, as a result, influenced and inspired her art. She has, however, expressed disdain for the obstacles she has encountered in the dance industry. Compensation has been the biggest hurdle. She has had to turn down amazing gigs from world-renowned artistes because she sees those rates as disrespectful.

“I’ve decided that I must set a standard for myself and if others cannot (see) my worth then I will have to do without that job.”

Her most memorable performances to date include the World of Dance Atlanta 2017 Championship performing with Vybe Dance Company. It was always her dream to attend World of Dance. Being on stage and winning was completely mind-blowing. The ‘Shape Nice’ music video was definitely the most magical experience ever.

“The energy on set was so pure! Every dancer had a unique style and it was beautiful to see us all come together and execute after just one rehearsal. I still can’t believe I choreographed this. (I) may need to be pinched again,” she confessed.

Her advice to aspiring dancers wanting to inspire movement, “Find your why before diving into this unpredictable world. Be yourself, create what makes your soul smile. Develop your business skills. Network and collaborate, and be intentional about the connections you make.”