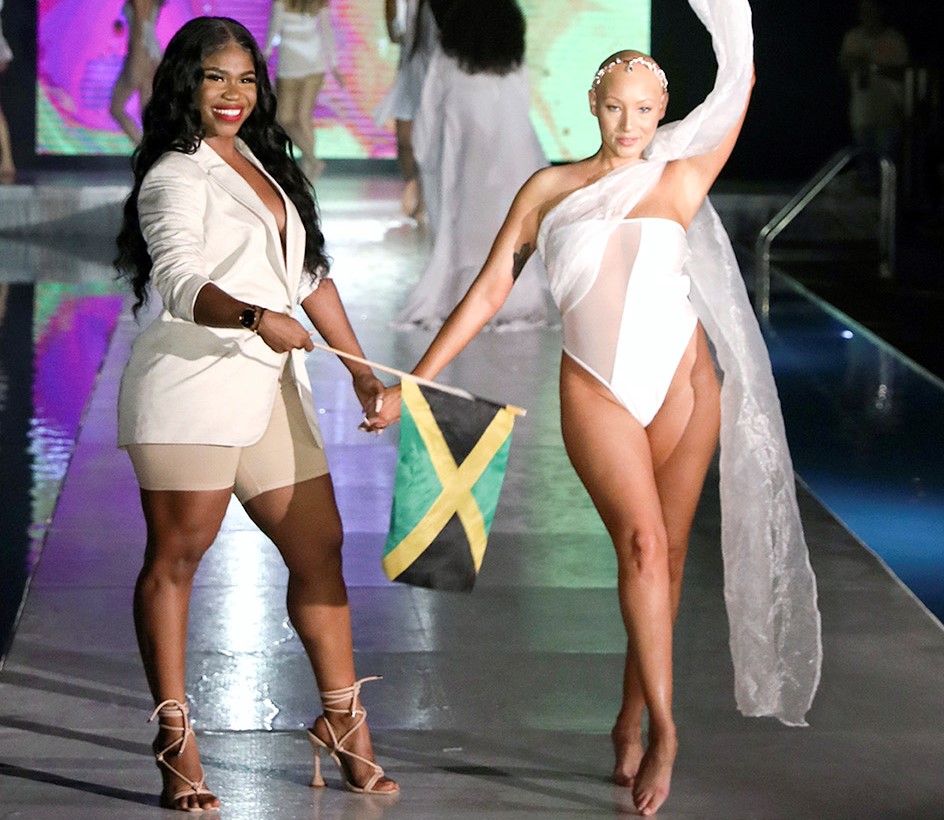 Swimwear designer Daniela Stone is still on a high following her recent debut at Miami Swim Week. The fashion enthusiast, whose pieces ripped the runway at one of the world’s most renowned fashion blocks last week, said she is yet to find words that adequately sum up her experience. Still, she was able to gather her thoughts enough to tell Flair that she is immensely proud to have shown the world that Jamaica’s talent extends far beyond the track or music.

“I felt good representing the country. Having the pieces go out not knowing what the crowd’s reaction was like because I was backstage was kinda nerve-racking. I had to really keep myself focused on the task at hand and just hope they were loving the show. But when I actually went out there, on stage with the Jamaican flag in hand, seeing their reaction was everything,” she shared.

Stone said the opportunity to show her line at Miami Swim Week was “a blessing”. “Hearing the applause and the crowd screaming, ‘Jamaica, Jamaica’, was a life-changing moment, an indescribable joy. It made me so proud that they were receptive of what I had to offer. I was happy that I got to show people that Jamaicans can do more than just run and thing. For me, being there among so many international brands and having DTS, a local brand just being represented on the same platform, was really a blessing that I will forever be grateful for,” she said.

The woman behind local brand DTS Swim said she presented a 15-piece collection with a Greek theme she knew stood out. She tells Flair that as someone who always thinks outside the box, she did not want to go for the expected ‘Caribbean theme’ pieces. She instead went for an all-white collection, a decision she is undoubtedly happy with.

“I wanted something that would be different from what people were expecting. I knew they would be expecting a Caribbean theme with the rustic kinda looks, and I just wanted to do something that would stand out among the designers,” she said. “The collection is called the Athena Collection, and it was the only all-white collection for the night, so it really made an impression. The accessories, the headpieces, the footwear, everything matched the Greek theme I had in mind.”

DTS Swim made such a huge impression at Miami Swim Week that Stone anticipates a few international collaborations from the network she built at the event. “We did a lot of networking, established some relationships that I think could lead to some collaborations, only time will tell what will happen for DTS coming out of Miami Swim Week, but I have a good feeling about this experience,” she shared.

As for plans for the future, she is looking forward to even more shows. “Being on an international platform can only spell good for your brand, and this whole experience has helped DTS as a brand to be recognised internationally. The plan now is to push the collection more out there, follow up on the networks established at Miami Swim Week, and just go to other places like Paris, New York Fashion Week, etc. We want to grow bigger and better,” said Stone.