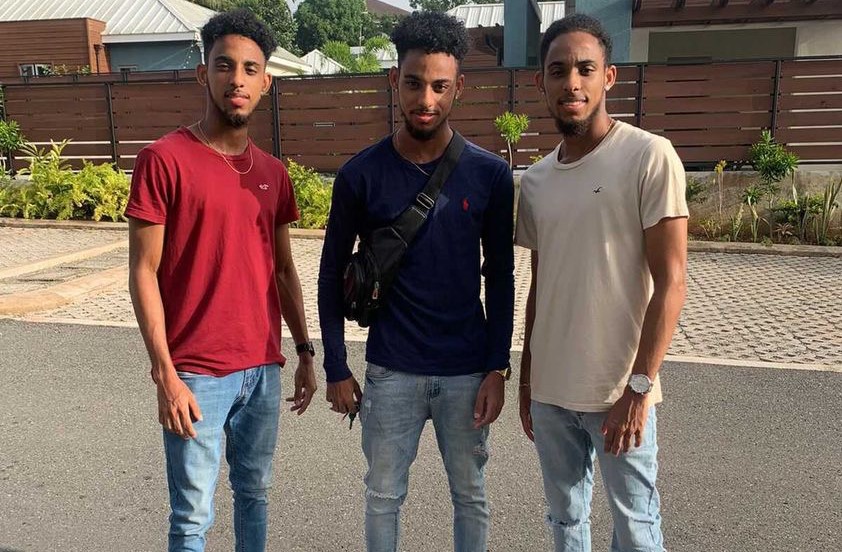 Being a triplet automatically plunges you into a life of unending questions. Do you share everything? Have you ever switched places?

Through their Tripz_Ent page on YouTube, Marc-Anthony, Jon-Michael and David-Asher Davis give viewers a glimpse into their lives.

The channel has been around for more than two years and sees the brothers answering questions about their life and uploading other content like vlogs, challenges and storytimes. They resumed posting content in September after taking a one-year hiatus to complete their undergraduate studies at The University of the West Indies, Mona. Recently awarded their degrees, they are ready to jump back in.

“Our audience can expect wholesome content as we bring the life of triplets to the public to satisfy all those burning questions,” Jon-Michael said. “We won’t just showcase the good times but also the bad times. Our content will showcase that there can be a balance between social media and your career path. This channel is for everyone to watch and to enjoy the uniqueness that we bring to the platform.”

Marc-Anthony added that they also see the space as a way to be positive agents of change.

“We want to become social media influencers but, importantly, influencing others positively.”

They have more than 5,000 subscribers and have been endorsed by their peers, including Dutty Berry.

The 22-year-olds were raised in Portmore, St Catherine, by both parents. They share an older brother who was never left out of the mix.

“Growing up with two other persons that look like you as well as an older brother, Brian-O’Neil, we would do everything together from being mischievous, playing sports and just being boys,” said Jon-Michael. “It made everything a bit more interesting and competitive like in school, and no one wanted to be last.”

The brothers attended the Wolmer’s Boys’ School in Kingston, where they formed part of the cricket team and later joined track and field. They ran the 5000m long-distance and steeplechase events, and David-Asher ultimately switched to pole vault.

Their physical similarities and abilities inevitably led to comparisons.

“No matter what we did, we would be compared to each other,” Jon-Michael said. “We didn’t actually pay attention to the fact that we were triplets, but we have a bond that can never be broken as we are inseparable.”

They have their dust-ups like all siblings do, but forgive and forget in no time.

“People often say that we don’t need friends, and in some cases, that’s true as my brothers are my backbone through everything,” said Jon-Michael. “I cannot imagine my life without them after sharing everything with them.”

A day in the life of Lecia Gaye Taylor