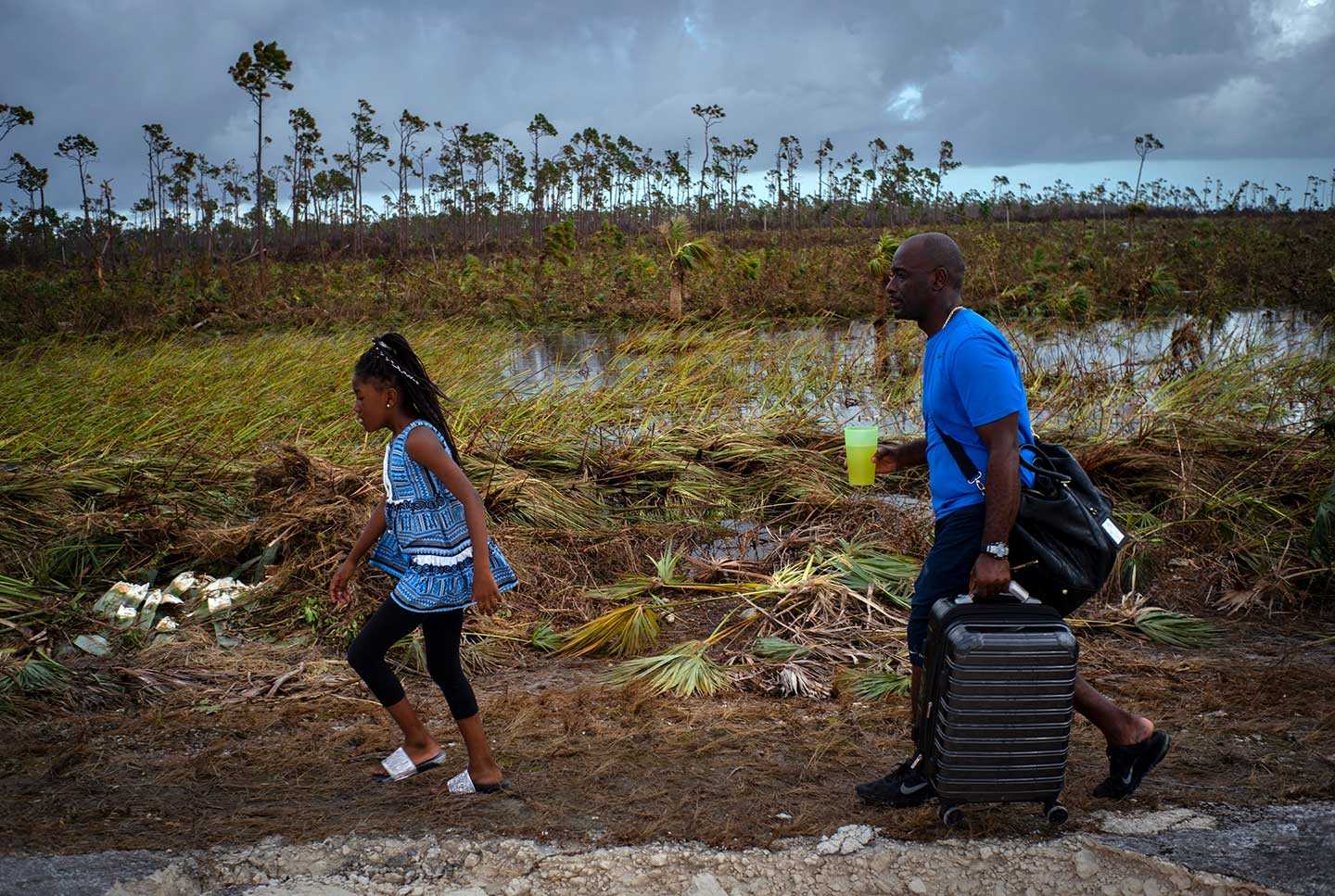 Like you, I was flabbergasted and taken aback by the scenes coming out of The Bahamas last week.

The fact is, while I know that islands are more susceptible to hurricanes, storms, tsunamis and other acts of nature, I still wasn’t ready for what I saw.

When you watch weather Apocalypse movies like Dante’s Peak (volcano), The Perfect Storm (three storms converging in one), Twister (tornado), and The Impossible (tsunami), the images can seem so surreal.

Well, what I saw being circulated around social media last week could easily be substituted for scenes from any of the above movies.

Cars and homes were submerged, people were being evacuated by boat, jet ski or any other mode of transportation that could suffice.

The tears, the devastation, the havoc. The prime minister basically begging for help from anybody who could. It won’t be (we hope) forgotten soon.

But there is a lesson to be learnt from this. Many really, but one that particularly stands out in my mind.

Some people decided that they were going to wait the storm out in various parts of the archipelago that makes up The Bahamas.

That didn’t quite turn out to be the best idea. Now, I’m not here to criticise them. Far from it.

In fact, I understand the thinking behind staying put. You don’t want to leave the place you call home, that you’ve probably spent years and thousands of dollars designing exactly how you want it.

Then, if you’re over a certain age, you would have seen some rough weather at some point. And having lived through those, you would be convinced that the latest storm wouldn’t be any worse.

Plus, no matter how bad the meteorologists say a weather system will be, somebody is going to try and loot.

So it’s hard to be cooped up in a shelter while ol’ tief a tek out yuh tings.

But Jamaicans with the same thought processes as their Bahamian neighbours can easily end up in a similar predicament as those who got caught in the floodwaters.

Every time a storm threatens to come our way, residents from certain communities are adamant dem nah go nuh weh.

What happens if a hurricane, not even one as strong as Dorian, settles over Jamaica and nuh move like a taxi man who keeps saying “one and ready?”

Some parts of our lovely island cannot take that force. Sure, we’re better off than many nations in the Caribbean.

But imagine some of the housing stock that we see on TVJ every night. Could those withstand heavy winds? Nope!

People in low-lying areas across the island would be inundated in no time with that level of rainfall.

And this isn’t about ‘country’ versus ‘town’. There are many sections of the Corporate Area that would mirror the Associated Press.

We can’t stop the storms from coming but we can get the hell out of harm’s way (as best we can). Your home could end up being your tomb.

Bahamas, I feel your pain. I just hope Jamaicans are taking notes.