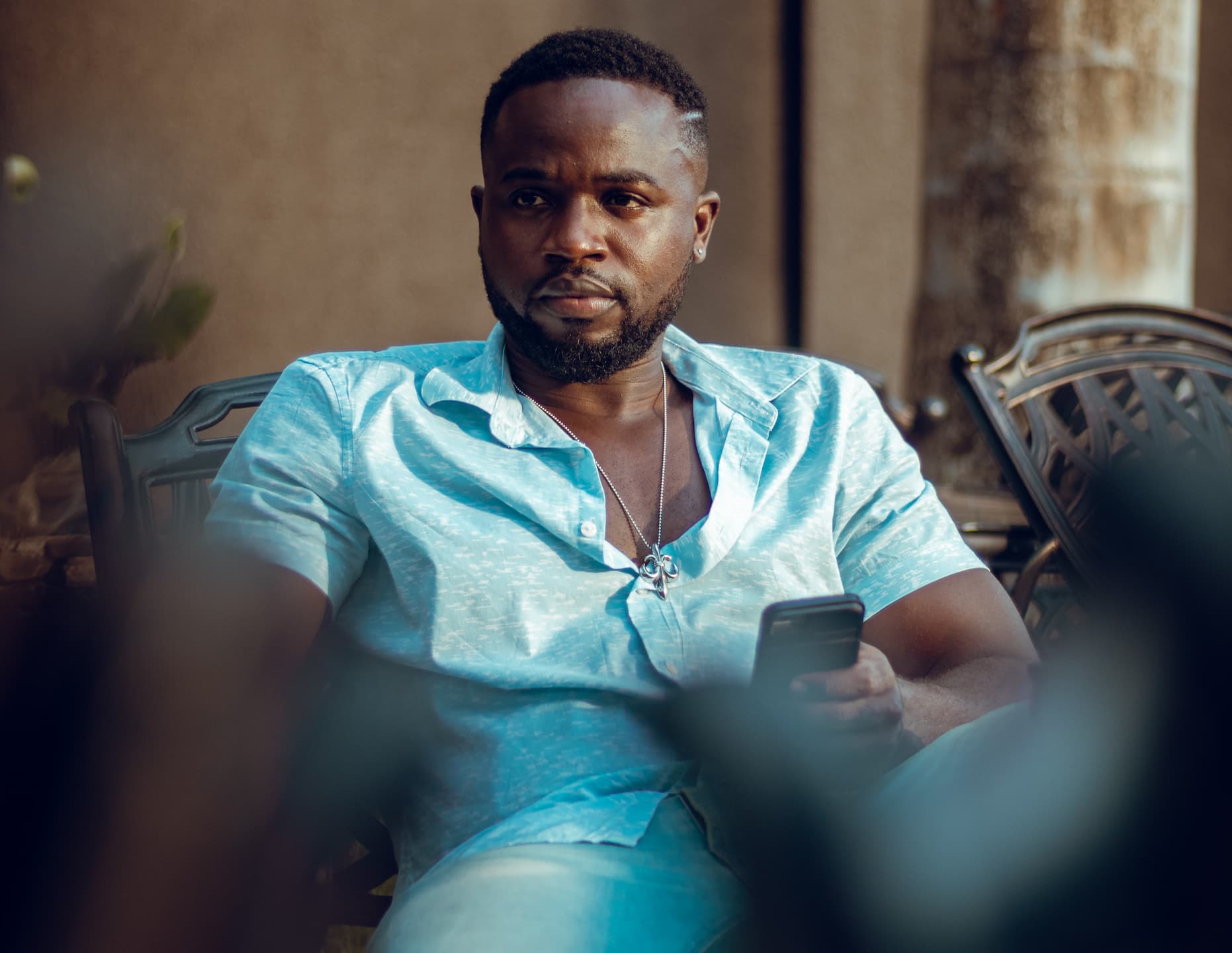 “Happiness doesn’t have just one address.” Kevoy Burton discovered this little known fact, quoted by Nicole Johnson, on his trip to Africa. Known for his breakout role in the 2011 movie Ghett’a Life, the Jamaican actor first travelled to Ghana back in 2019 to shoot the film, Joseph. It was on this business trip that he fell in love with the beautiful country.

“The moment I landed in Ghana, I noticed that this place is not as they advertise to us in the West. It was very developed and extremely similar to Jamaica. I took a look into their industries to see what is what and decided during my two-week visit that I would move to Ghana come 2020. I really liked the place, and it felt like home,” he told Flair, admitting that no one thought him to be Jamaican until he spoke.

With a burning desire to spread his wings in terms of career and economic status, Burton had been doing extensive research on viable migration options. Canada seemed far-fetched and both the United States and the United Kingdom weren’t appealing in his eyes. “When you assess those countries and realise that ‘black success’ is still slow after 200 years of slavery, there’s something very wrong with the society. People in America are still being the ‘first black man to…’. That, to me, sounds like an uphill battle.”

He wanted to create generational wealth for his children and their children. Seeing the room for growth through entrepreneurial opportunities, he decided to take the step.

But what’s a move without a moving story? During Burton’s first visit, he came across a Jamaican woman by the name of Ruth who had moved to Ghana back in the 90s. The wife and mother asked him which high school he attended. When he said Ardenne High School, she followed up by saying, ‘There is a guy here, Raphael Emanuel. He went to Ardenne, too. You should meet him.

“She gave me his contact and I reluctantly went to meet this person. Long story short, I met his family and they love me like their own; the feeling is very mutual. He and his wife, Eliza, who is Ghanaian, told me they would welcome me with open arms, and offer me something to sustain myself if I wanted to move,” he revealed.

It was the Emanuel family that solidified his decision to move there permanently. They have honoured their promise to this day, offering him a route that he happily accepted. “Now we work together. I do brand management for his and his wife’s companies,” he added.

He migrated to Ghana on Friday, March 13, 2020, the last day for flights entering the country before the global pandemic. I guess you could call it his final destination, with a happy ending, of course.

Since being there close to a year now, he has found the experience to be fantastic. “The people here are very receptive to Jamaicans, so I get away with a lot of things. The place is lively; there is always something happening and it’s wonderful to see where my roots are and why I behave the way I do,” he shared.

Burton is a television host: he has his own late-night show called XCave and a live show in the mornings called MX Breaks on MX24 Ghana. “So far, I’ve met some of the biggest stars like Burna Boy, Joselyn Dumas (who I work with), Sarkodie, Mawuli Gavor, Emmanuel Adebayor, Derek Boateng and some other local but international stars,” he asserted. Additionally, he does brand management for JamRock Restaurant and Grill, along with Silver Rock Technologies.

While persons have enquired about his other talent on screen, he hasn’t done much acting since his arrival. His aim is to go to Lagos this year and try his hand at Nollywood.

As it relates to the similarities and differences between the two nations, Burton explained that the cultures share more of the former than they do the latter. “The food we eat in Jamaica, like rice and peas, comes from a meal they make here called waakye, pronounced wache, and blue draws is kenke. The people look the very same. The buildings look alike. Our way of life as it relates to partying and dining out is very similar.” He said the most distinct difference is that Ghanaians are more spiritual people. “They love tradition and honour it every time they can. They have festivals, tribes and the whole works. It is beautiful to see.”

Ghanaians, he confessed, are warm and friendly people. “They say ‘please’ for a lot of things, even ‘please good morning’. Ghanaian girls are the originators of the ‘Coca-Cola bottle shape’. The people are very receptive to Jamaicans and love the patois. I am here to integrate fully.”

But he did admit to missing family and friends. “I’m dying to see them in person”, although “a number of them want to come and see the place too.” Noting that he’s “very close” to his family, Burton keeps in contact through messaging apps. “I stay connected to family through WhatsApp video chat. My children and I talk a lot. They know and understand that I’m in another country and will see them soon. Sometimes they’re upset that they can’t see me but I ensure that they know and understand that I haven’t abandoned them,” he said.

He does also miss home. “I miss the beach. Jamaican beach is next to none. I miss chatting away in patois. It is only when you are here for a while [that] you start to hear your vernacular as a language.”

As for the impact of COVID-19 on his new home, Burton said the mortality rate in Ghana is low. “We have had less than 500 deaths from a population of over 30 million people,” he said, noting that some restrictions are still in place. “We are still observing protocols to this day. Masks are required for entry into business places. Schools are open now too. [However], recently, the president made a speech that they are closing down the beaches and clubs again because there has been a spike.”

His advice to those wishing to migrate to Ghana is to come first. “If you like it here, search for the right opportunities that would grow and expand your economic resources. If you want to come and just live freely in the mountains and enjoy the rest of your life as is, come. If you want to experience culture and understand black people and where we come from, come.” He continued, “There are plenty of opportunities here for entrepreneurs who have the patience and the drive to achieve. Plenty land, plenty money, plenty everything. There’s no limit.”