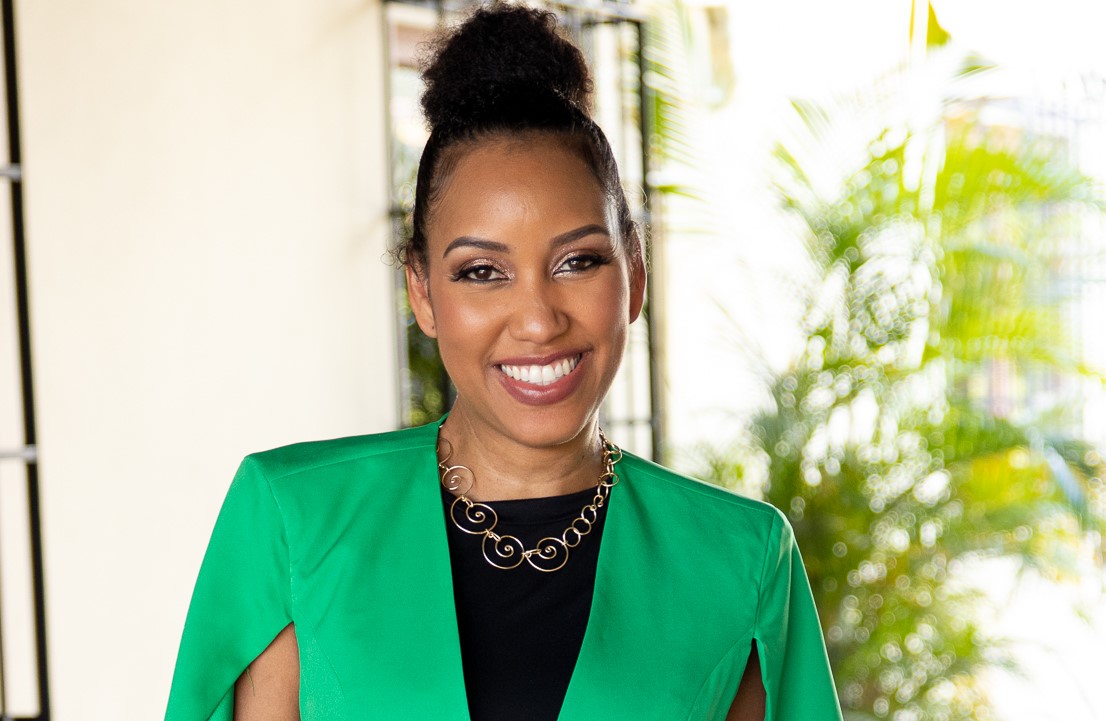 Working in an industry that doesn’t sleep requires a lot of patience, dedication and time. Somewhere in that busy, unpredictable schedule, award-winning journalist Kalilah Reynolds finds a balance between her career and family. Reynolds readily admits that being a parent and working full-time to achieve your goals can be stressful, but she embraces the journey while fulfilling her role of supermum, journalist and entrepreneur.

“Being a journalist means that you are well-rounded and well-informed on current events. Your work is constantly evolving and unpredictable, changing just as fast as the world does,” said Reynolds. She noted that beyond just trying to balance life, one has to know when and where to draw the line. “When I just had my son, my husband looked at me and told me that I was working too much and not spending enough time with the family. That was when I had to take a step back and realise that I needed to spend more time at home,” shared Reynolds.

Belizean by birth, Reynolds made Jamaica her home several years ago after attending the Caribbean School of Media and Communication at The University of the West Indies, Mona campus to do a master’s degree in communication studies. By then, she had already earned a bachelor of arts in journalism from Fordham University in New York and had become a published author in Belize.

When Reynolds moved to Jamaica, she thought it would be easy to secure a job, since she already had experience working in the industry. However, it took networking and a few years before she secured her first significant position. “I had to put myself out there. I remember how I got my first job. I made a list of all the places I would like to work, made a showreel on CDs of all the work that I had done, printed out résumés and showed up to those places, without appointments,” Reynolds recalled. Her determination landed her a few gigs and, later, her first job, which happened to be in the entertainment industry. Reynolds confesses that it didn’t pay much, but she got the experience and tapped into the network.

Fast-forward to 2021, and Reynolds is a credible source of financial information and advice, with a reputation for insight and accuracy. Building on a genuine interest in the subject matter, Reynolds says she spent time learning about business and finance to get where she is today. “I was always being assigned finance stories in the newsroom. My natural interest and curiosity led me to go the extra mile in trying to understand the concepts that were being discussed. By doing that, I became known as the go-to person for those stories. People started to look out for my reports because I covered them in a way that was easy to understand,” she shared.

Reynolds was recognised by the Press Association of Jamaica as the country’s leading and most influential business and finance journalist for three consecutive years. Her work in the field has helped others better understand terminologies and jargons associated with business and finance, something she has replicated on her fast-growing YouTube channel. Her knack for numbers and effective communication skills caught the attention of whisky brand Johnnie Walker as they identify individuals who continue to break the mould in their respective industries. Red Stripe brand manager for spirits, Lyshon Davis, said Reynolds’ exceptional progress matches well with the brand’s ‘Keep Walking’ campaign as they celebrate 200 years.

“Kalilah Reynolds is a quiet giant. She has been making strides in a field dominated by her male counterparts, steadily making progress and carving out a niche that demonstrates her strengths. There are definite parallels between Johnnie Walker and Kalilah, and we salute her as we celebrate the spirit of progress and the strides we know she will continue to make on her journey,” said Davis.

Grateful for the recognition, Reynolds says she plans to model her idol Oprah Winfrey, who has made tremendous strides as an entrepreneur. She hopes to own her own studio, upgrading from the space in her home that she has transformed to shoot YouTube videos. While Reynolds dreams of becoming as successful as her idol, she has every intention of staying true to her roots as a journalist who specialises in business and finance.