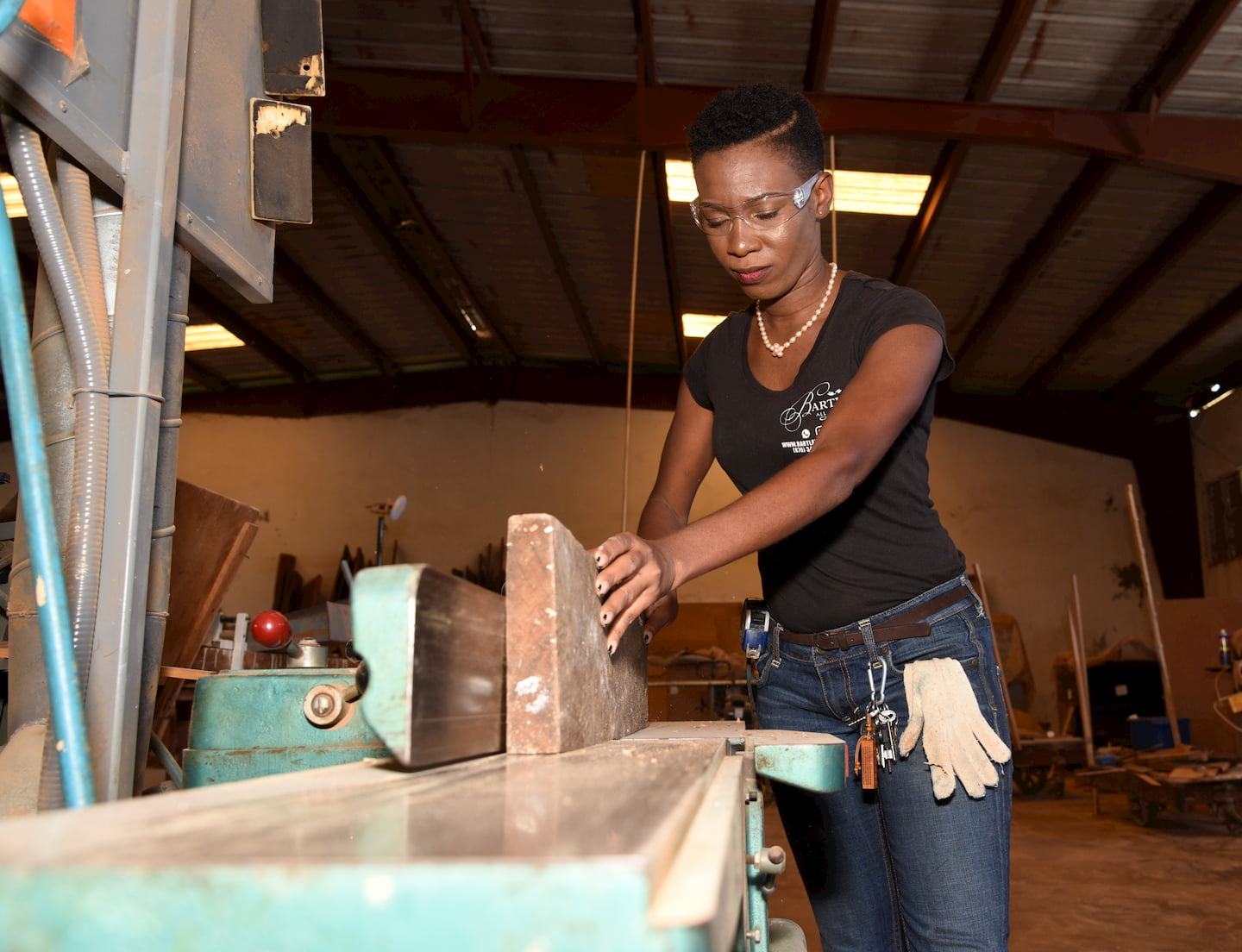 From formalising her father’s business and taking it to higher and more profitable heights to sitting on the board of EXIM Bank and lecturing in the field of business development, Lacey-Ann Bartley has earned her stripes as the Distinguished Woman in Business for the year 2020.

In her role as managing director of Bartley’s All In Wood, she has merged her father’s micro-business with her wood products entity and formalised the business structure. She has worked assiduously to build on her family’s business reputation to create a solid, identifiable, and cohesive brand. At Bartley’s, they design, manufacture, and sell quality real Jamaican handmade wooden furniture, jewellery, corporate gifts, and home decor solutions. Yes, all the products made by this company are made from real Jamaican wood and include the artwork of gifted Jamaican artisans.

With over 20 years of experience in woodwork in her father’s micro furniture business, paired with her Bachelor of Science degree in management studies (operations) and a master’s in government from The University of the West Indies (UWI) under the topic ‘The extent to which the CARICOM Single Market has contributed to the economic development of Jamaica via its manufacturing sector between the period 2006-2010’, Lacey-Ann has made a name for herself in the business arena as she joins the movers and shakers of Manchester.

Though Bartley dresses like the typical carpenter, wearing overalls, boots, and goggles, she is bent on defying traditions as she makes decisions and implements strategies that are bound to work, which gives her a unique ability to take any business from scratch and bring it up to profitability. Bartley has also made a name for herself in corporate Jamaica as she is a director at EXIM Bank.

Bartley’s All In Wood has worked with large companies and notable individuals and distributes through approximately 20 shops, hotels, and salons islandwide, including a showroom for furniture inside the Sealy factory-direct outlet in Mandeville.

Bartley has worked at The UWI Regional Headquarters in the capacity of UWISTAT facilitator and communications officer, where she was instrumental in the development and implementation of numerous marketing and alumni-focused student-development programmes. Under her leadership, Bartley’s All In Wood was recognised as one of National Bakery Bold Ones in Manufacturing in 2014 and has won numerous accolades from the Branson Centre of Entrepreneurship. Bartley is also an active member of her professional community through membership and leadership roles. She is a member of the Branson Centre of Entrepreneurship Caribbean and the Manchester High School 60th Anniversary Gala Planning Committee. She is a former Intercol Track and Field Committee secretary and current public relations officer of the Manchester High Past Students’ Association.

Additionally, she was the first runner-up for Miss Manchester Festival Queen 2013 and copped the prize for service and community involvement as a Governor General’s I Believe ambassador. Her work in manufacturing and entrepreneurship afforded her the Guinness Made of More prize in 2016.