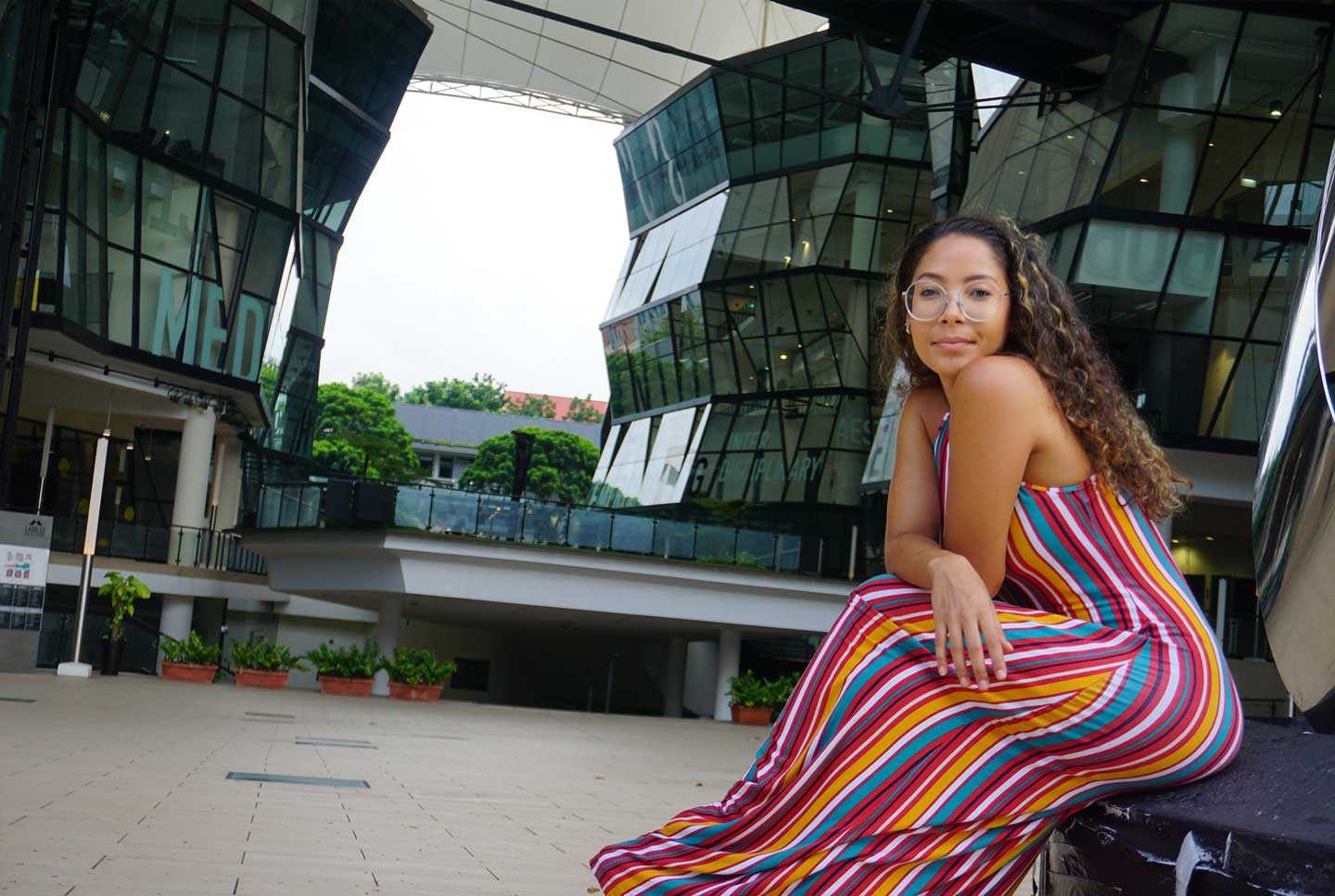 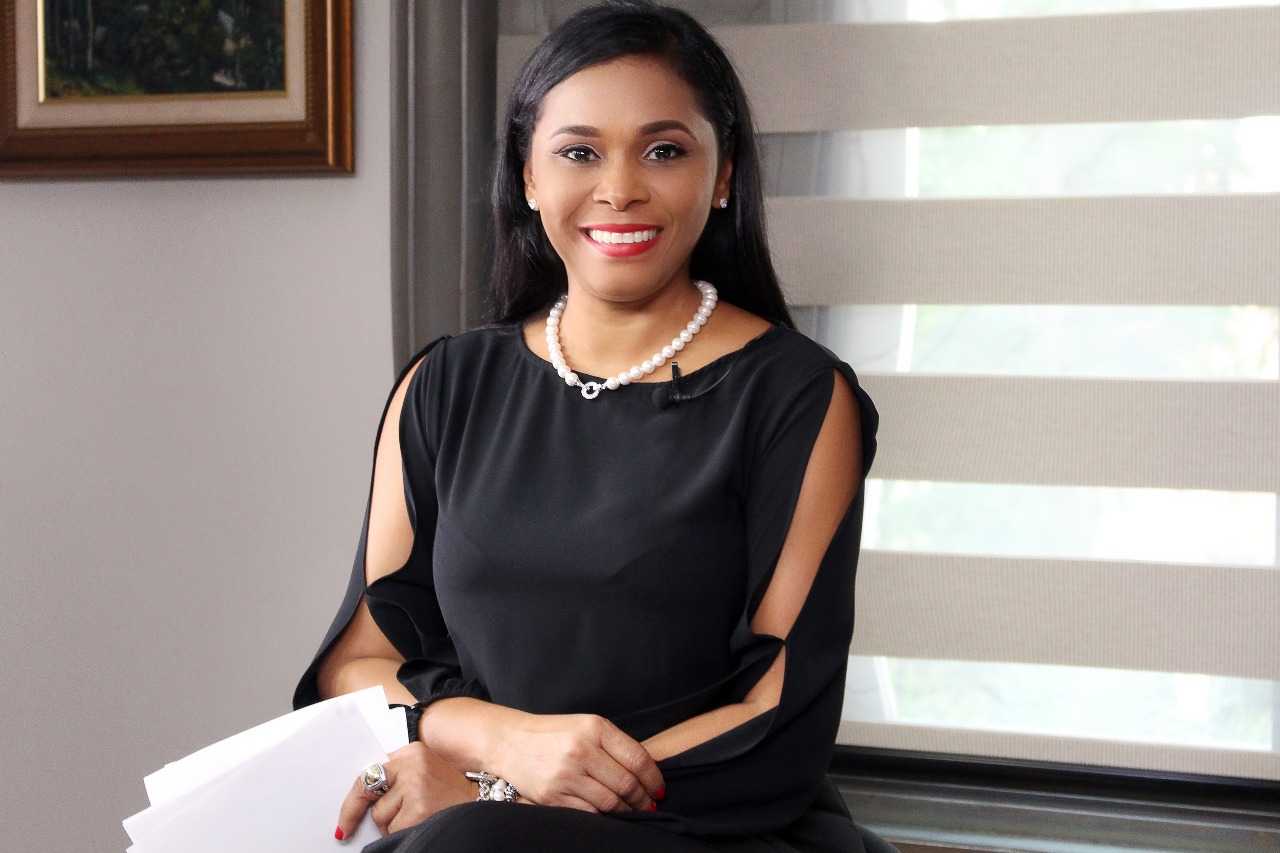 Who says it takes a lifetime to master the arts? Lauren Silvera, 3D animator, painter, activist, and soon-to-be-published author,  is living proof that with enough dedication to the craft, anything is possible. At only 22, her wisdom, maturity, and experience abound, and her work has touched countless people.

Originally from Kingston, Jamaica, in her few years, Lauren’s work has been showcased in countries around the world and she serves as an ambassador for globally recognised names such as Marley Coffee and Recover Brand. She is both a pioneer and an innovator and is most admirably using her platform to spread awareness about the need for environmental sustainability.

Raised by a hard-working single mother, Lauren learned to be self-reliant when she was still quite young. “From an early age I craved independence. My parents were divorced and my mother was always working so I had to teach myself many important life lessons, like riding a bike.” It is this same sense of independence, coupled with the loving guidance of her mother and the mentorship of fellow artist Alex Morrissey, that pushed Lauren to become the highly admired creative she is today.

Throughout her formative years, Lauren was constantly honing her craft. “As far back as I can remember I was making art from anything I could find at home, even food colouring from the kitchen.” She has never limited herself to one medium, either; in the fourth grade, she wrote her first book, and she has carried a passion for writing with her throughout her whole life.
Given her strong sense of purpose, visible even in early childhood, it should not come as a surprise that Lauren was able to mount her first full exhibition, consisting of 100 pieces of art, while still a student at the St Andrew’s School for Girls.
It was during her years at St Andrew’s that Lauren identified art as her true calling and was inspired by her art teachers Georgette Thompson, Norman Smith and Christopher Norman to pursue it as a career and not just a pastime.
It was also while in high school that Lauren began advocating for social issues. After learning about the financial challenges faced by some of her peers, Lauren decided to donate all the profits from her first exhibition to the school’s welfare fund. Lauren was able to sell all 100 pieces of art, raising US$10,000 for the welfare programme.

Lauren’s first exhibition, dubbed ART EXHI, was impressive enough to draw the attention of the higher-ups at Marley Coffee, who subsequently invited her to represent the brand at a youth summit on plastic pollution in The Bahamas. This was the official beginning of Lauren’s journey as an environmental activist. The experience was so impactful that Lauren decided to begin using her art to spread awareness about the dangers of plastic pollution.
While in The Bahamas, Lauren built relationships with Recover Brands, a clothing company specialising in converting waste material into wearable garments and 5 Gyres, an international group of environmental activists travelling the globe and raising awareness about plastic pollution.
Lauren returned to Jamaica, armed with an arsenal of knowledge, and the determination to make a difference. This was the inspiration for her second exhibition, which incorporated hundreds of plastic juice bags collected from the streets of Kingston, to make a statement about the impact of certain human activities on the environment. “I started a drive to collect the juice bags, which I discovered could be applied directly to a canvas and then painted on.” With the help of the St Andrew’s Art Society, financial support from several US-based companies, and some contributions from other schools, Lauren was able to mount another sold-out exhibition in aid of the welfare fund, all while still a student herself.

Although Lauren’s raw talent earned her much admiration and praise while at St Andrew’s, like so many other students, she found herself faced with the challenge of financing her tertiary education as she approached the end of high school. Determined to pursue her art education, Lauren worked hard, and after graduating from St Andrew’s, where she placed in the top 10 regionally for both units of the CAPE examinations, she was off to Singapore where she attended the world-renowned LASALLE College of the Arts.
Since then, she has continued to serve as a Marley Coffee brand ambassador, worked remotely with full-service Jamaican marketing firm Esirom, and helped raise awareness for the World Wildlife Fund.
During her time at LASALLE, Lauren majored in 3D Animation and Modelling (CGI) and was able to apply her talents to several notable projects, including an animated short film titled Kaiju Nursery. The pilot episode, for which she worked on character sketches, storyboarding, and background art, has been viewed over 8 million times on YouTube and is set to be created into a series by Cartoon Network soon. Lauren was also able to mount her first solo exhibition in Asia while studying in Indonesia’s capital, Jakarta. This, she fondly recalls, is the first time she was able to use proceeds from an exhibition to help fund her education.

Despite the incredible things she has accomplished in her youth, Lauren has by no means peaked. She recently completed her studies at LASALLE, and true to her character, she has several plans in play.
Post-graduation life for Lauren has involved interning, fielding job interviews, and believe it or not, working on an illustrated children’s book to be published later this year.
As she continues to chart her path –which involves creating, inspiring, and impacting, all while maintaining a balanced life – one thing is certain: Lauren Silvera is an artistic powerhouse in the making and she will have a massive impact on the world.

Natalia Oh
Natalia Oh believes you must bring your whole self to the table if you want to thrive in today’s crazy world. Passion is what fuels her daily, and inspired her to create her blog, www.nataliaoh.com in 2011. Little did she know that it would be the launching pad for her career as a communications consultant.
Instagram