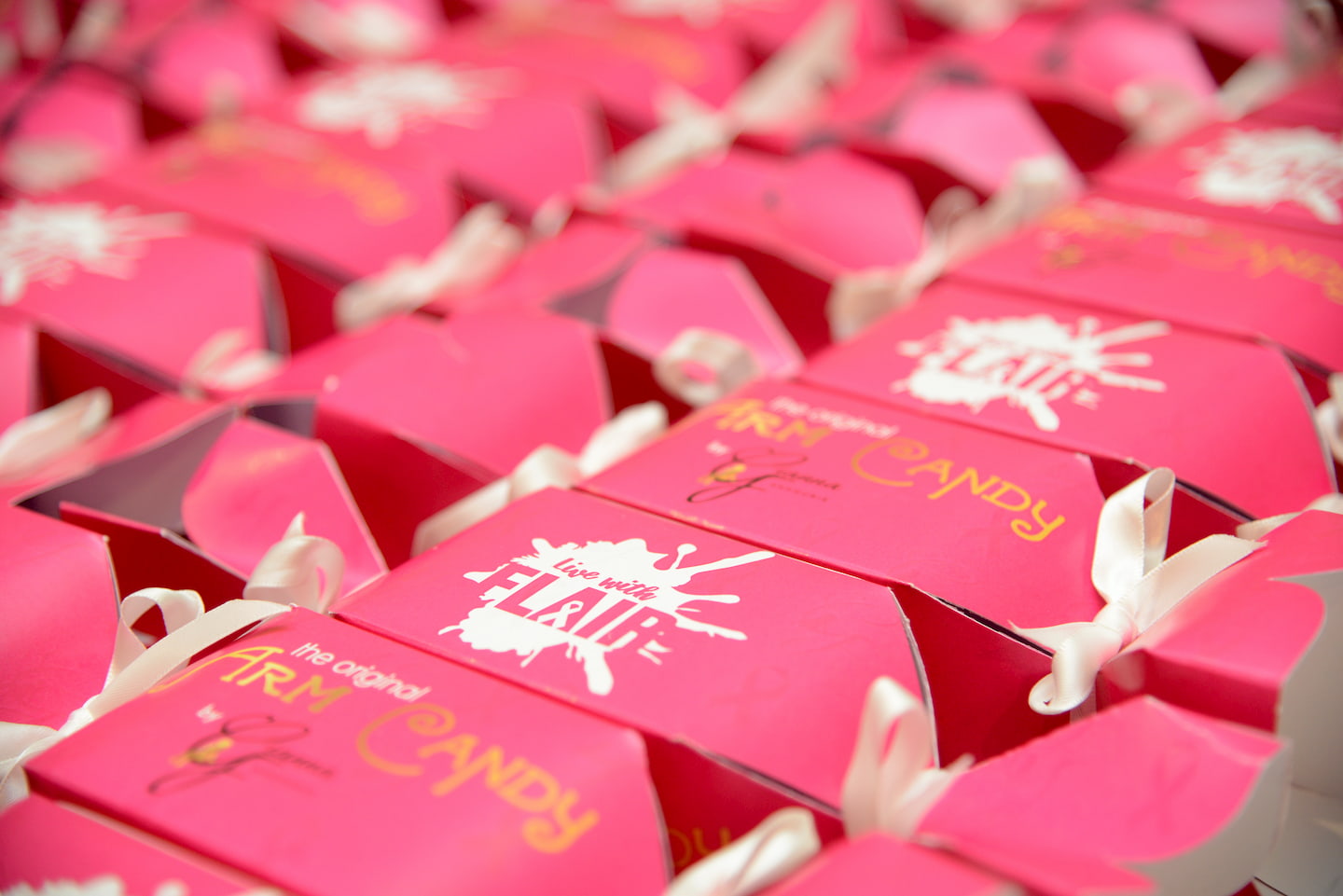 In this our 35th year, Flair celebrates the fighting women among us who, through no fault of their own, have been stricken with this life-changing and devastating disease. To celebrate, a luncheon was held and The Blue Mountain Suite at the Knutsford Court Hotel was transformed into a Pink Warrior wonderland by Everything Events and packed with the women who were to be honoured and the people who came to honour them.

Tickoya Joseph, the newest member of the Flair’s editor squad, took to the stage to commence the luncheon with an address starting off what would be the recurring theme of the afternoon, togetherness and family in the celebration of the survivors in the room. Hostess Terri-Karelle Reid took to the stage thereafter, with her notorious infectious energy keeping the mood light and celebratory, triggering numerous bouts of genuine laughter with her gentle teasing.

Learning to live through the diagnosis of death:

After the luncheon was addressed by Yulit Gordon, the executive director of the Jamaica Cancer Society, and Dr Damian Ffriend, senior manager from Jamaica National Life Insurance, three women touched by breast cancer were given the platform to speak about their experiences, helping to humanise the disease in a way the room really needed.

Stacey Hines, one of the survivors, spoke about her experience getting her diagnosis and surpassing the expectations that come with something like that. She left us laughing with her vivaciousness and touched by her story of going from not wanting to talk about her diagnosis. “I wasn’t interested in having breast cancer,” to giving talks and writing encouraging literature to help other women who like her go deaf and dumb at the thought of their own diagnosis. “It’s not just to make it through. It’s about really living,” she said, and the sentiment was understood well by the survivors in attendance.

Tara Playfair-Scott followed with her own story. She spoke about her journey and her gratitude for being able to wake up every day as a survivor. Playfair-Scott with her story helped to personalise the disease. “It couldn’t be me,” she stated, telling the story of how she came to know she had breast cancer. “I was just too busy for cancer.” A story many women share.

The final woman was Sharmica Holness, who read a tribute she wrote to her mother, Pauline Monica Peart, who fought the battle against her diagnosis but unfortunately lost in 2010. “My mother taught me everything except how to live without her,” she said profoundly, speaking of their closeness, and the things she learned from being loved so perfectly by her mother. The tribute brought tears to the eyes of everyone present.

The resounding narrative was to remind the men and women present that it wasn’t their fault, and that that message should be spread. It’s a message we want to leave with you as well. There is nothing to be ashamed of or to hide. You can reach out when you’re ready and talk to others. The survivors present spoke of their gratitude to their community and camaraderie along the way and, as Playfair-Scott said, in this lifelong journey.

Patrons show up and show out for Pink Run 2019