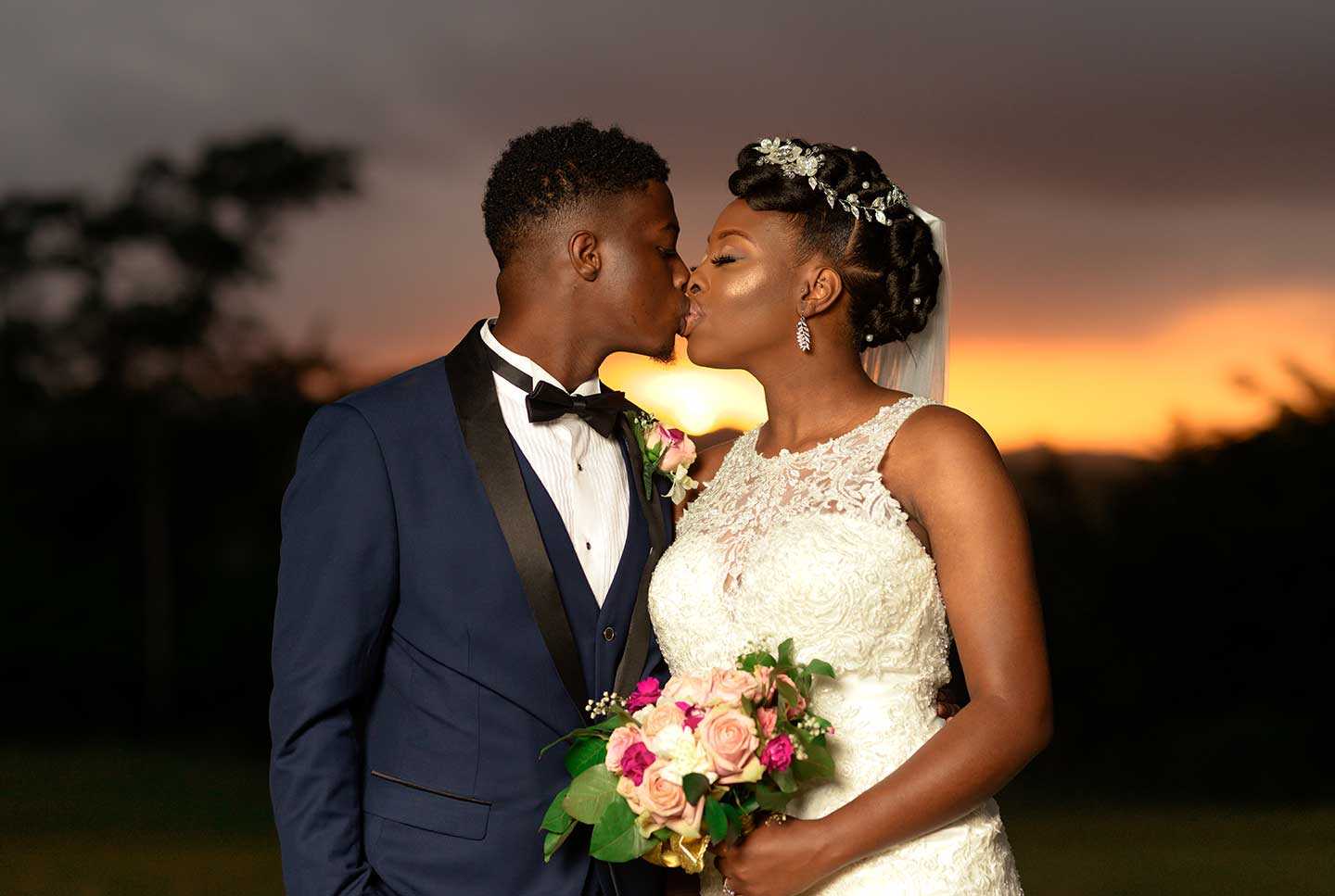 Ahh, teenage love. Oh, how it often blossoms into a beautiful story which inspires others to settle down and experience life with another. Not knowing that school rivals, DeCarteret College and Manchester High could somehow unify and become one, Tiffany Scafe ignored the idea of ever being intimately involved with Michael-Anthony Norman.

“We actually met through a play that we were both involved. He was a nice guy and we were some-what friends but his know-it-all behaviour was sort of off-putting. One day during rehearsals someone accidentally hit him in the nose and I offered to help him clean up the blood. I gave him my number and I guess that’s where it all started,”  Scafe said.

Being one year ahead of Scafe, Norman left upper sixth form and made his way to the University of the West Indies. There, they decided to explore the premise of a long-distance relationship. Not long after, Scafe migrated to the United States to pursue an undergraduate degree.

“It got a little harder because now I wasn’t just a weekend away but a semester away but with much communication we made it work,” she recounted.

The couple always knew that marriage was on the table as they were both of a strong Christian background and shaking up was not an option. “The proposal was not very traditional. It didn’t come as a surprise really. We spoke about it, he asked me to send his pictures for rings I liked. I knew when it was bought and when it arrived. The only thing I didn’t know was the exact moment in which he would put the ring on my finger,” she said. Norman, not one to share every moment with his family, planned with his mother and aunt to prepare all of Scafe’s favourite dishes and invited only close family members to the gathering.

“He just started talking and then I realised what was happening; the actual proposal,” she said while laughing.

Scafe described the moment as special as she was surrounded by people who she enjoyed being around.

A continued year of sweet bliss later, the two decided to tie the knot in July 2019. In an ivory wedding gown and a nice mix of purple, rose gold, navy blue and lavender,  the two became one in holy matrimony. The wedding planning and decor was done by Allison Dexter from Almade Decor, photography was done by Jason Barnett from Tuson Photography. When asked what her most memorable moment was, the day she became ‘Norman’, she said the reception. “During the wedding, it felt as though the spotlight was on us and it wasn’t very interactive. The reception was with 150 of our closest friends and family so I enjoyed socialising and dancing with them.”

23-year-old Tiffany Norman and 24-year-old Michael-Anthony Norman are now enjoying their matrimonial home. “It’s kind of weird being together, to be honest. We were long distance for over four years. Once I could turn my phone off and ignore him, she chuckled. Now, I have to deal and work things out in a mature manner. There is no room for selfishness, He makes me better. I’m so grateful for the patient man that he is.”