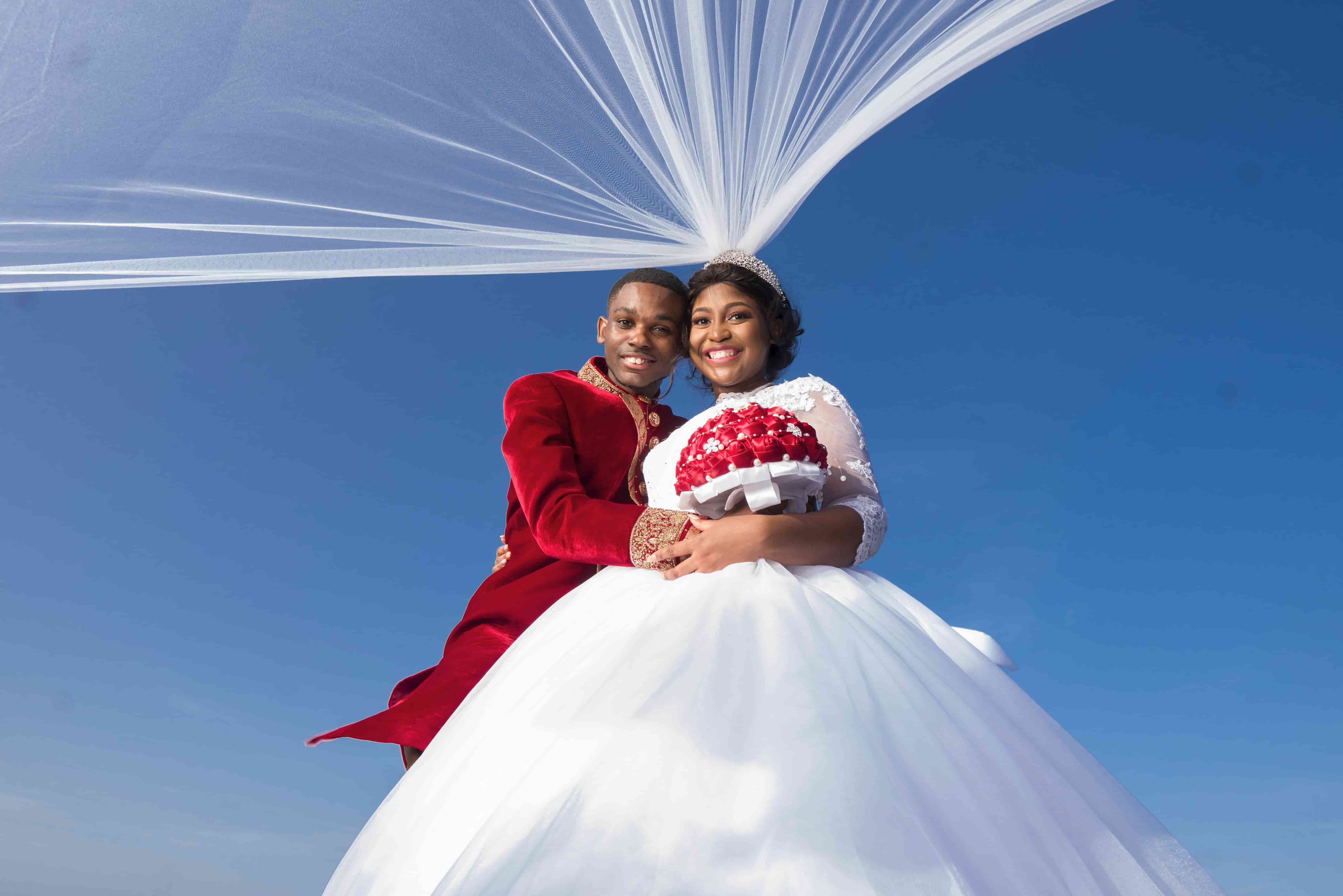 The story of how two complete strangers journeyed to become devoted lovers and later, happily ever after life partners is one remarkable narrative woven in perseverance, resilience, gratitude and amorous bliss.

Natay Johnson and Adam Webb met three years ago at work. Both educators, Adam already established in the field of English and Natay in training, neither party was prepared for the profound knowledge love was about to give. The leading lady thought her cute future prince was a mathematics teacher, because when she first saw him, he had a meter stick in hand. Discovering that English was his area and sizing him up as a cool person, she struck up a conversation about the Super Mario game that she liked and later befriended him.

The reserve of latent attraction seemed to be mutual for Adam.

“The first thing that stood out to me was Natay’s beauty. She is just so gorgeous. Our first conversation was somehow centred around Mario, which gave me the early impression that this beauty wasn’t just a typical girl whose beginning and end was make-up and partying” he revealed to Flair.

Their friendship grew deeper and before they knew it, a new love had developed that neither had experienced before.

“After a few weeks of being friends, I realised he exhibited the kind of support and morals I needed in my life. And for the first time, in a long time, I was fully content and living my best life,” Natay confessed.

About a year and a half after becoming official, Adam decided to work as an English teacher in Japan. The bittersweet news had Natay excited at the new adventure, yet frazzled and heartbroken that she had to let him go, she didn’t want to step in the way of his dreams.

Determined to make things work, they transitioned to long distance. With a 14-hour time difference, the months which followed attempted to rock and even capsize the love boat, but they floated along in faith.  “She has been 100 per cent supportive of me, doing her best to keep me on track and help me balance everything. She not only supports me privately, but she also endorses my business and my books, and whatever else I put my hands to. She takes so much interest in my goals, while working on herself and her own passions every day. Being away from her felt wrong, I knew this is the woman I needed to have by my side,” he said.

When she could, Natay applied for a job in Japan as well, and the two lovebirds were finally reunited. “I love how he loves me and supports me with every fibre of his being. Nothing is too difficult or too demanding when it concerns me. The love he has been showing me is like none I’ve ever experienced before. So yes, my happy heart applied for a job in Japan, too. I went and snatched my man back from the universe,” she asserted.

Months after her arrival, Adam decided to make Natay a part of his Webb, forever.

It was October 3 of last year when he invited Natay to join him out under the moonlight to a serene garden in their little town. While he toyed with the idea of engaging in a public proposal, he decided to keep it intimate. “We bicycled our way for 15 minutes, and then walked for 10 minutes before we got to the perfect spot. We sat on the park bench and chatted. I gave her some gifts, enjoyed the quietness of the garden and really connected with each other.” It was then that he popped the question.

“The proposal was magical. I’m glad he chose a moment where we could have a heart to heart. He asked, “Will you be my wife” instead of “Will you marry me”, which was to me an indication that this man didn’t want to just marry me; he wanted me to be his wife, his rib, just like God made Eve from Adam’s rib. I cried and then said, “Yes”.” Natay shared.

The months following were challenging, as they planned their dream wedding in Jamaica while still in Japan. On August 4, a long, winding road finally led to a long-desired union. Natay and Adam were joined in holy matrimony among close family and friends at the St. Ann’s Bay Seventh-day Adventist church. Then they ‘Webbed’ their way into their reception at Holiday Haven in Salem, Runaway Bay, as husband and wife. “The ceremony was spiritual and filled with emotions, and the reception was a party filled with fun, laughter and entertainment,” Natay confessed. “It was perfect. It was everything and more,” Adam added, “The best moment for me was when Natay was announced as Mrs Webb. A close second would be the song that we danced together, ‘From this Moment’.”