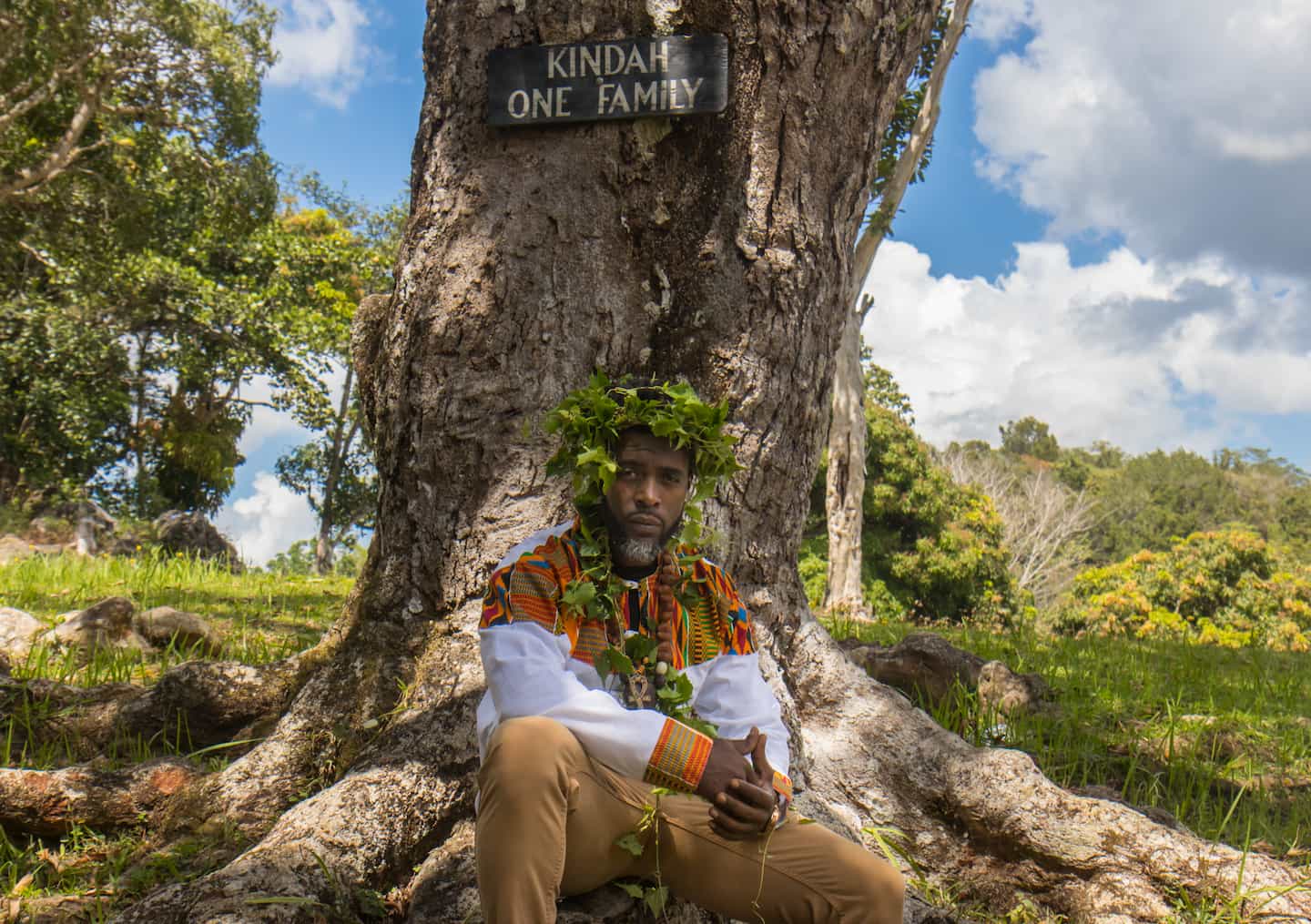 Maroon Chief Richard Currie is ready to shift your attention

Like clockwork, his handlers quickly poured white overproof rum on his traditional African neckpiece, which mistakenly landed in the hands of a member of the Flair team.

Only then did it hit home that new Accompong Maroon Chief Richard Currie was no longer a corporate executive. Currie was experiencing a renaissance of sorts, and his apparel and jewellery were a true reflection.

“Anyone who touches it (the necklace), we wash it off with rum to clean it, and the cleansing of it is essentially removing the energy of the other from it,” Currie, who was sworn in officially last Wednesday, explained.

But does his necklace actually carry energy? Ideally, it provides protection and guidance, he stated. The exquisite jewellery piece is made of lucky bean, nickel, and what Jamaicans call ‘horse-eye’ and cocoon. The cocoon may be eaten, after being soaked in water for nine days, seasoned, then boiled or roasted. “It’s almost like a tofu texture, but this is what we survived offa in the bushes for many, many decades,” said Currie.

The ‘horse-eye’ on the necklace keeps evil and negative energy away, and the nickel, the seed from the sycamore tree, brings luck.
His bracelets were just as stunning and made from 100 per cent natural elements from the earth, while his Ghanaian shirts by Garfield O’Brian Designs, made from handkerchief linen, were adorned with kente accent pieces that hugged his body.

Currie wore a crown created out of quaco leaves, usually worn when preparing for war. “Suh wi normally would camouflage ourselves with the forest, and quaco was one of the things we used,” he explained, adding that it also had benefits to prevent itching and rashes. “Suh is yuh medicine and your tool, yuh undastan.”

The interview was conducted under the familial Kindah Tree, in an area tagged Yondah.

Kindah, which means “one family”, is Asante. Kindah came about because of what the most celebrated Captain Cudjoe was able to do in the time of war while unifying tribes across the island to fight a common enemy, in essence transcending the message, “We are one family, Kindah,” states Currie.

Guarding the Yondah area with ‘watchful eyes’ was Leonard Perkins statue. Perkins was a watchman/horseman during slavery. He would stay close with his abeng watching for the arrival of the redcoats (a regiment of the British army), so he could summon the Maroons of an impending ambush.

Yondah is also home to several caves, and neighbours one in the mountains named the ‘secret cave’, where Currie is expected to trek to in seven days for the ancestral veneration ritual. “Before he can enter the cave, which remains sacred, he has to stay clean and must be washed,” Mark Wright, one of the elders, told Flair.

He added: “If a member of the community need to go there even just to clean it, you can’t sleep with your husband or your wife for two weeks; and you have to stay alone. If a lady is sick, she cyaa enter there and the man have to stay clean.”

Obviously, Currie has as much depth as his ancestral garb. The chief admits he appreciates the attention he is currently receiving from people across the island, but his intentions for his people have not been derailed.

“I’m honoured that people are actually lookin’ at me, in the way they are; but I’m not gonna tek it on too much to mek it get inna mi head because essentially mi deh yah fi do a work weh nuh even start, and mi almost feel like mi behind already. Yuh undastan?” he asked.

The Mona School of Business MBA honours graduate wants to shift the focus from him to the people he represents. Those are the voices that he says need to come forward. When he speaks, he says, he speaks on behalf of those voices and hopes those paying attention to his pictures will pay as much attention to his words.

“The attention has done a lot for me, in that it has given me now a platform for eyes and ears who are interested,” he concluded.