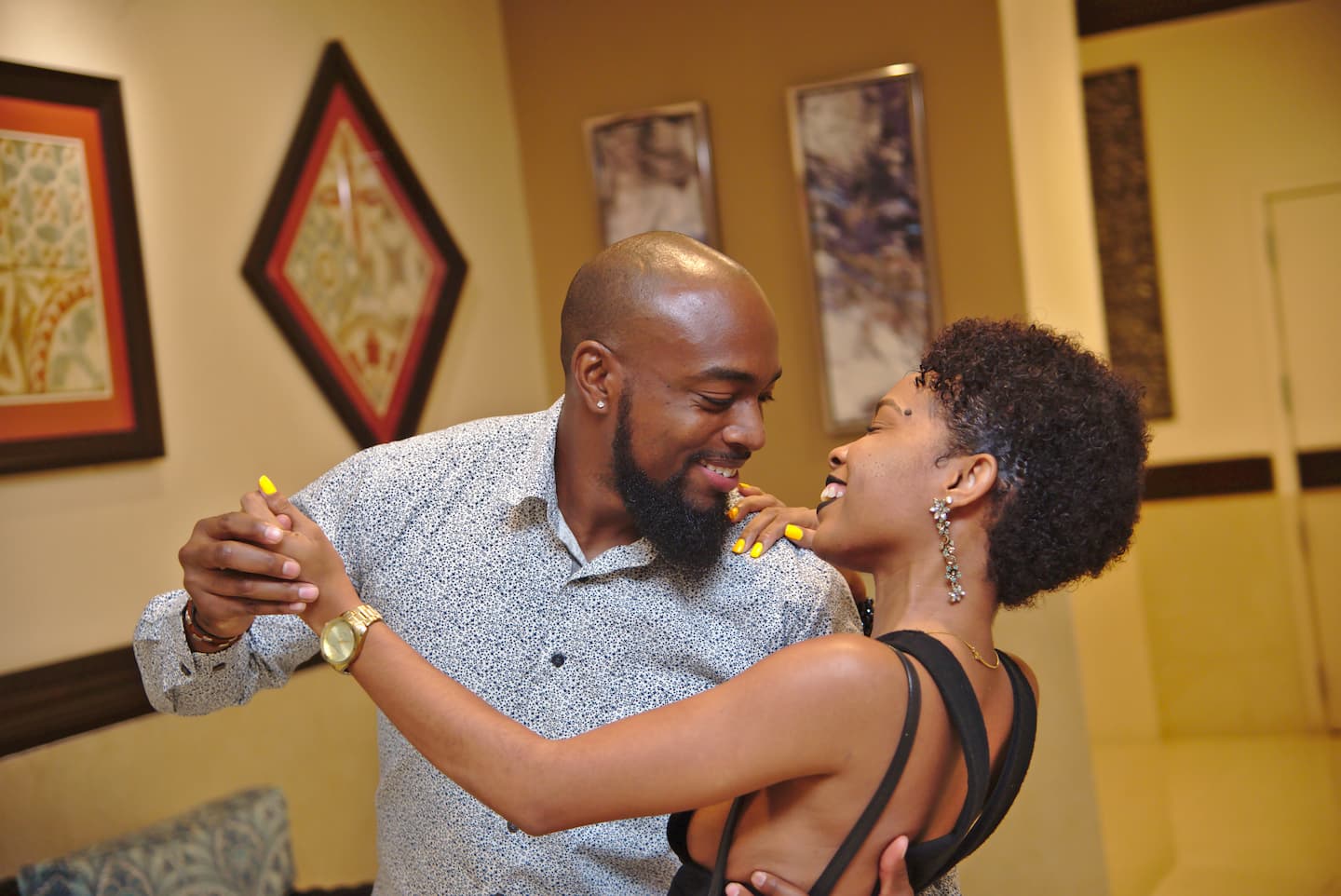 ‘Marshall’ to Love with Merrick and Trayce Ann

It’s past midnight. And the hopeless romantic in Trayce Ann Henry is upset that she has missed out on all the pleasures of Valentine’s Day. You see, Trayce Ann had just completed duties on her second job when her boyfriend Merrick Marshall picked her up. He was never one to celebrate the season of love, but he usually entertains it for her sake. She cannot recall if she conveyed her disappointment in not sharing any part of the day with him. All she could remember is the great urge to crawl up in bed and just sleep. But to her heart’s desire, Merrick had other plans.

When she approached the entrance to the house, he stood back, allowing her to enter first. No surprise there since he was always such a gentleman. With Ed Sheeran’s Perfect echoing behind her on his phone, she maintained composure as she opened the door: still, nothing stood out because her significant other is also a lover of music. But there was no denying his act of affection following the reveal of a lowly lit candle trail accompanied by radiant red rose petals all glistening on the ground leading up to the dinner table. Crippled by emotion, Tracye stopped in her path, luxuriating in the romantic revelry on the floor. Valentine’s Day 2018 still holds first place as the most lovey-dovey gesture yet.
Take Two with Flair provided a similar atmosphere for the lovely couple, minus the ‘groundwork’, at The Jamaica Pegasus hotel’s Blue Window Restaurant recently. The two dished out relationship goals throughout their date night! Chivalry was alive and thriving as a dapper Merrick escorted his beautiful other half through the hotel lobby, down the steps, and pulled out the chair for her as they settled down to their main meal.
The ting of toasting wine glasses signalled the start to an enchanting night.

Merrick and Trayce Ann were briefly introduced at a party, by her best friend. The two exchanged a casual greeting and went their separate ways. More than a year later, they were reunited in a professional setting, when she was hired by the same company for which he worked. “Orientation day, I was getting the tour, meeting and greeting new faces when I saw someone familiar. He met me with a warm smile, and I thought it was because he remembered me from our previous social encounter. It still didn’t click at the time, until a couple days later: we talked and connected the dots,” Trayce Ann explained to Flair.

Merrick went on a bit further to clarify his side of the event. He admitted to having no recollection of her whatsoever. “I was like, ‘Wow’, she looked really good!’ thinking all the while that I needed to know her, she needed to be in my life.” Tickled with delight by her company, he yearned for more and would go out of his way to have dialogue with her, even if it meant making several trips to the water cooler. Tracye Ann, who found it odd, assumed that he was being healthful, only to discover later on that she wasn’t the ‘by the way’: she was the reason.
From friends to lovers, somewhere along the way sparks flew. Aligning her and his feelings about their relationship to the RnB hit Differences by Ginuwine, she felt the same way, highlighting that her doubt had subsided and she was willing to test the waters with him and only him. Six years later, this thrilling roller-coaster ride is still going. “Our passion and our love for love is obvious, but we go about it in different ways,” Merrick added.

Like a flash of lightning, he was struck to silence, smitten by her electrifying confessions. And she blushed, laughing at his many jokes. They described their very first kiss as magical, and made trivia time look easy, effortlessly answering personal questions about each other.
They’ve welcomed their adorable son, Carson, into the mix, and have carved for themselves a wonderful family. Both highlighted how blessed they are to have him, noting that it showed them a new side to love, to each other, and sped up the growing-up process.
The key to making a relationship work, according to the couple, is open communication, honesty, trust and friendship. “Without them, the relationship will be strenuous. When you’re great friends, it makes the relationship amazing,” Merrick shared. Trayce Ann also pointed out, “One of the key things that makes a relationship work is knowing your partner, knowing the individual that you’re with. From the start, knowing your partner is important. Also, if you do not have individual happiness and you don’t know your individual self, then I don’t believe you can bring yourself to be in a relationship with someone, because then you’re going to be in a position where you’re depending on your partner to find you, or help you find you, and that is going to cause stress on the relationship. So pull those individual happiness together so that you can have fireworks.”