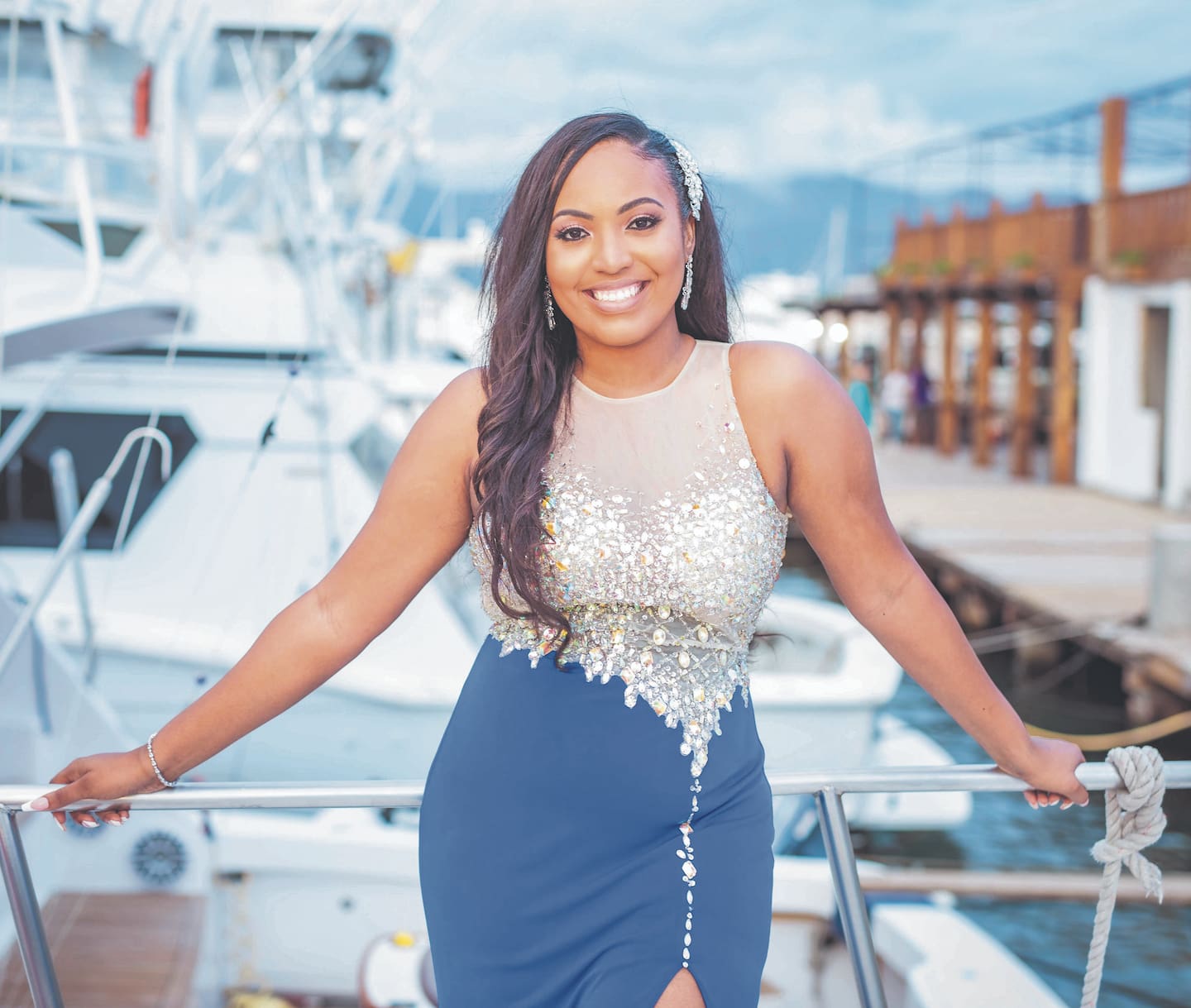 Sometimes the hardest road you will ever have to travel is the one you have to trod on your own. It proved to be the most rewarding path for mathematics teacher Mikiela Gonzales-Campbell, who, in trusting God’s timing, graduated from sharing her knowledge in the classroom to starting her own tutoring business.

The CEO of MathWiz Academy told Flair in a recent interview that she was always a lover of the subject and, if she were completely honest with herself, of numbers in general. She recalled fond memories of going to the supermarket with her mother when she was younger and requesting the money to pay the bill, just so that she could calculate the exact change expected before the cash register did its job. Gonzalez-Campbell emerged as the top scholar for mathematics as time went on, noting that there was no need to study for any test.

She got her first big break to educate from as early as fifth form, when she joined the Immaculate Conception High School tutoring club. There, she picked the brains of other students within her year and lower grades, assisting them in understanding and simplifying seemingly complex equations. She recognised then and there that not only did she love the subject, but she also loved teaching it to others as well.

During her lower-sixth-form journey in 2013, she signed up for extra classes with Keith Ions. And it was there that she was able to explore a new and exciting dynamic of her first love, under his tutelage, “I was always good at mathematics, but I developed a different type of love after attending his classes. It was the way in which he clearly understood mathematics; he was able to challenge me to think. And because mathematics always came so easy for me, when I went to his class, I was introduced to a new and invigorating challenge,” she said.

Armed with fresh insight, she took her teaching experience even further, bagging her first job that year tutoring a student for her Caribbean Secondary Education Certificate (CSEC) examination. That, she said, was a beautiful experience and a defining moment for the way forward, “She was doing poorly in school. And whenever she would come to me, she would always get it and question why her teachers couldn’t explain it like I did.” That was when she realised she had a special gift. She continued helping her classmates through their Caribbean Advanced Proficiency Examination (CAPE) preparation struggles while sitting the subject at that level. This helped her to understand the material even more as she explained it to them. She later volunteered to be a part of The University of the West Indies (UWI) tutoring programme.

LECTURING AND TUTORING AT UWI

She began lecturing and tutoring at the UWI Department of Mathematics and Pre-University School on campus and described the experience as amazing. It made her feel like she was living her purpose, “While I was teaching, I was still pursuing my studies, and I saw the classroom as my little escape. When school was becoming too much to handle, I would teach a class, and life would just make sense.” Even as the consummate professional settled into a nine-to-five job, teaching in the evenings was the highpoint of her day. So, she began strategising: how could she make a lucrative career out of her passion?

With a bachelor of science in actuarial science and a master’s degree in economics under her belt, she was still feeling unfulfilled. So to fill that void, she created her own MathWiz brand. Over the lockdown period, she taught free marathons to students who needed help with exam prep. Her students were from Jamaican and the wider Caribbean. In the end, she was teaching 500 students in a three-day period. So she became the talk of the Twitter town, as well as Instagram.

When she was given an ultimatum by her employer to squash her outside pursuits and crossover to education at her day job, she took a chance on herself, quitting her job in September of last year in the heat of the global pandemic to embark on her tutoring programme. Already, it has expanded to an academy. MathWiz Academy currently offers group online services and one-on-one classes, primarily for mathematics and, to a lesser degree, the sciences. She hopes to tackle science, technology, engineering, and mathematics (STEM) at the high-school level, focusing on the ‘M’.

“We’re still seeing a low passing rate across the island when it comes to mathematics, and I think we need a little shift up. Something needs to happen, something needs to transform, and with our holistic services, I’m trying to bring about this change,” she added. She hosted another marathon session in January and doubled her numbers.

Adding value to the classroom experience, she creates a connection between concepts, making mathematics relatable through the art of storytelling. By posing the questions in real-time situations, these complicated numbers and equations are approached pragmatically. She also exercises patience, learning their story beforehand so that she knows how to work on the solution. And the classes are always fun and engaging for both the students and the teacher. Because of her success, she has expanded, recruiting five new teachers, and she is now on the verge of coining the MathWiz Method.

While funding is a major issue, she remains steadfast, living the dream and making good grades a dream come true for her students. “People struggle with mathematics because they don’t have a good foundation. I love that I get to be a part of somebody’s story; teach them lifelong skills like confidence, patience and passion,” she added.

It is important to note that long before she became a teacher, Gonzales-Campbell has always acted in service, dedicating her teaching talents to outreach programmes aligned with her career path. She is no fan of the one-hit-wonder drives and clean-ups because, according to her, the impact usually stops right after the fanfare. She stands as an advocate for change through knowledge and understanding. She loves giving back to that cause. Additionally, she is on the Jamaica UNESCO Youth Advisory Board, representing youth issues, particularly concerning education.