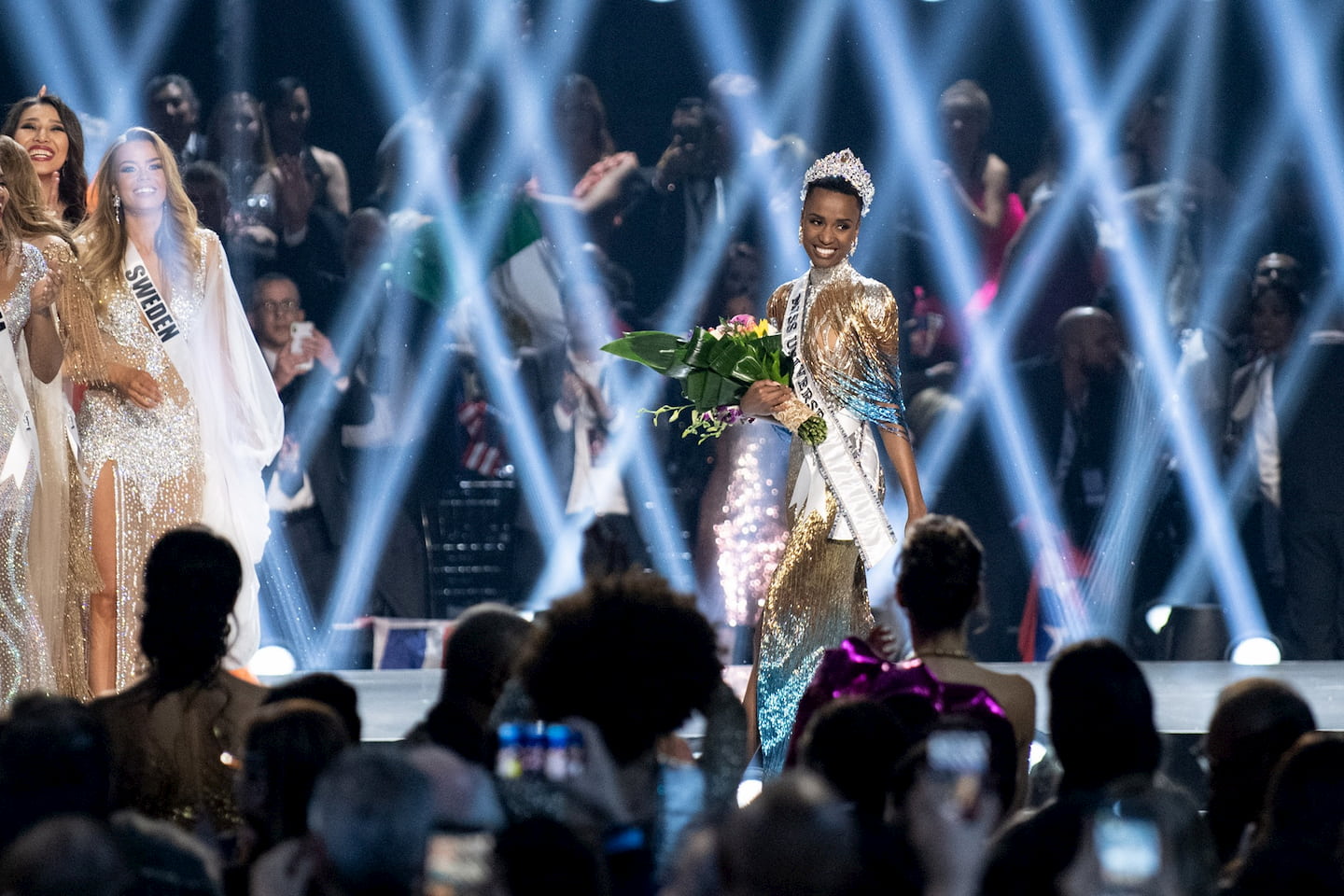 Miss South Africa  Zozibini Tunzi is Miss Universe 2019. The announcement was made at the Tyler Perry Studios, where the competition was held. Miss Universe Jamaica Iana Tickle Garcia did not make it to the Top 20.

South Africa wowed in the ‘Making a statement’ portion of the competition when she spoke about the importance of representation.

“I grew up in a world where a woman who looks like me, with my kind of skin, my kind of hair was never considered to be beautiful, and I think that it is time that that stops today,” said Tunzi. “I want children to look at me and see my face and I want them to see their faces reflected in mine.”

In the question and answer segment, the 26-year-old called on humanity to do more to protect future generations from climate change. “We have children protesting for climate and I feel like as adults we should join in as well. We should have corporations join as well and the government should take it seriously. I mean from 6th grade I’ve been learning that the climate is deteriorating and the planet is dying and it is up to us to keep our planet safe”.

Tunzi also called for young girls to be taught leadership. “It is something that has been lacking in young girls and women for a long time,” she said.

Miss Poland won Miss Congeniality. Miss Universe Philippines Gazini Ganados was eventually announced Best National Costume via tweet after Miss Malaysia Shweta Sekhon was declared the winner. Miss Philippines was originally introduced as the winner by host Steve Harvey but it was Miss Malaysia who stood beside him. She was named the winner and the mix-up chalked up to a teleprompter error.

Ganados dressed as a phoenix for her national costume. The 23-year-old is known for strutting the runway with her signature “Phoenix Walk”.