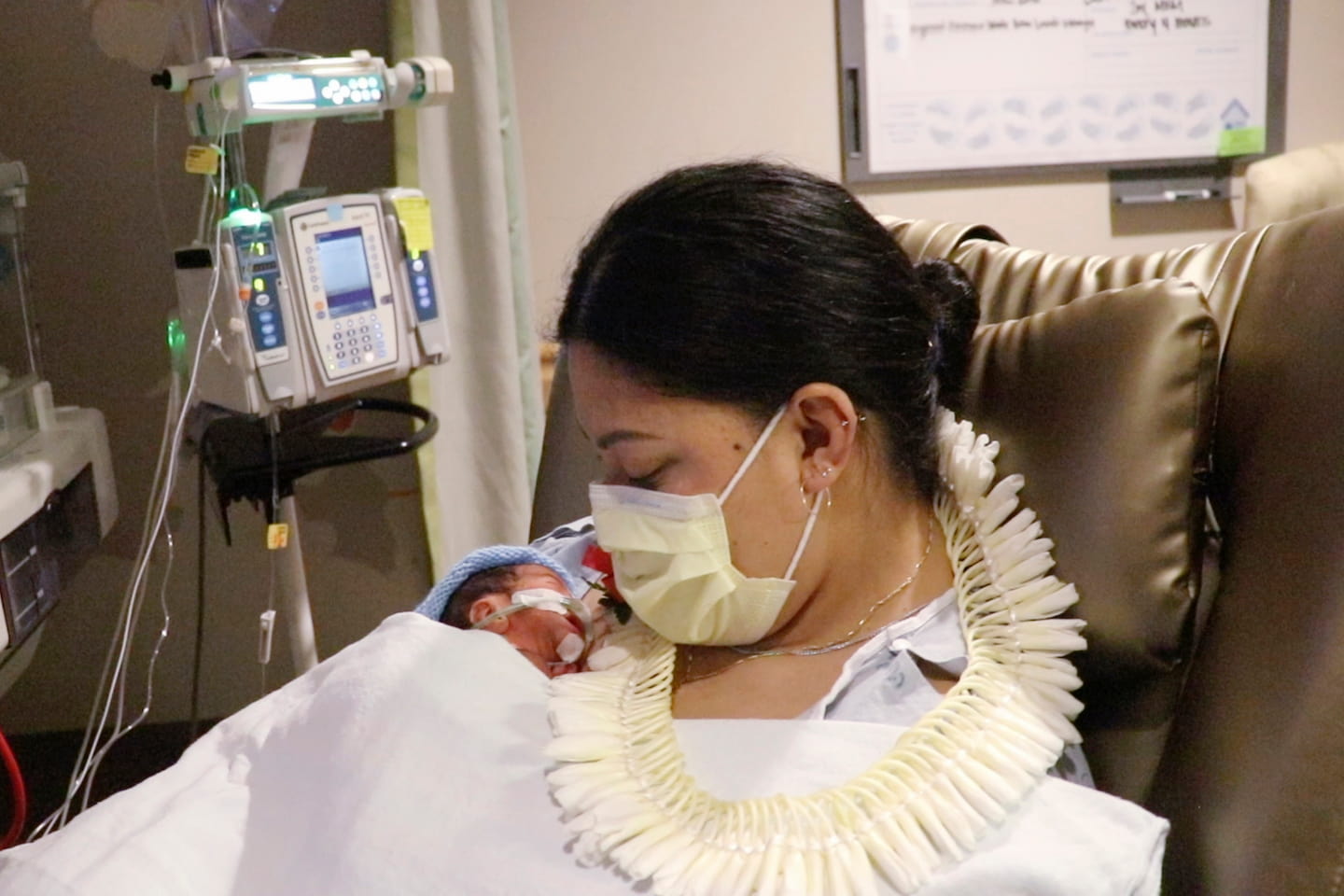 Lavinia ‘Lavi’ Mounga had no idea a baby was coming when she went into labour on a flight from her home in Utah to Honolulu last week.

“I just didn’t know I was pregnant, and then this guy just came out of nowhere,” Mounga said during a video interview with Hawaii Pacific Health.

The baby boy, Raymond Mounga, arrived early at just 29 weeks while mom was travelling to Hawaii for vacation with her family.

“Yeah, just overwhelming and just nice that there was three NICU nurses on the plane and a doctor that were able to help stabilise him and make sure that he was OK,” Mounga said.

When deciding on a name, Mounga’s father suggested “Glenn” to honour the doctor who helped her during the flight.

“Names are pretty important in our culture,” said Mounga, who is Tongan. “I didn’t really want to name him Glenn.”

Instead, she asked Dr Glenn, who gave his adopted children Hawaiian middle names, for a suggestion. He offered “Kaimana,” which is now one of the boy’s middle names.

The child will have to stay in the hospital’s neonatal intensive care unit he is full term, about another 10 weeks, Mounga said.

“The aloha spirit is definitely felt here,” she said about the care she has received in Hawaii.

“It’s very different from the mainland,” Mounga said. “It just feels comforting, and everyone is willing to help.”