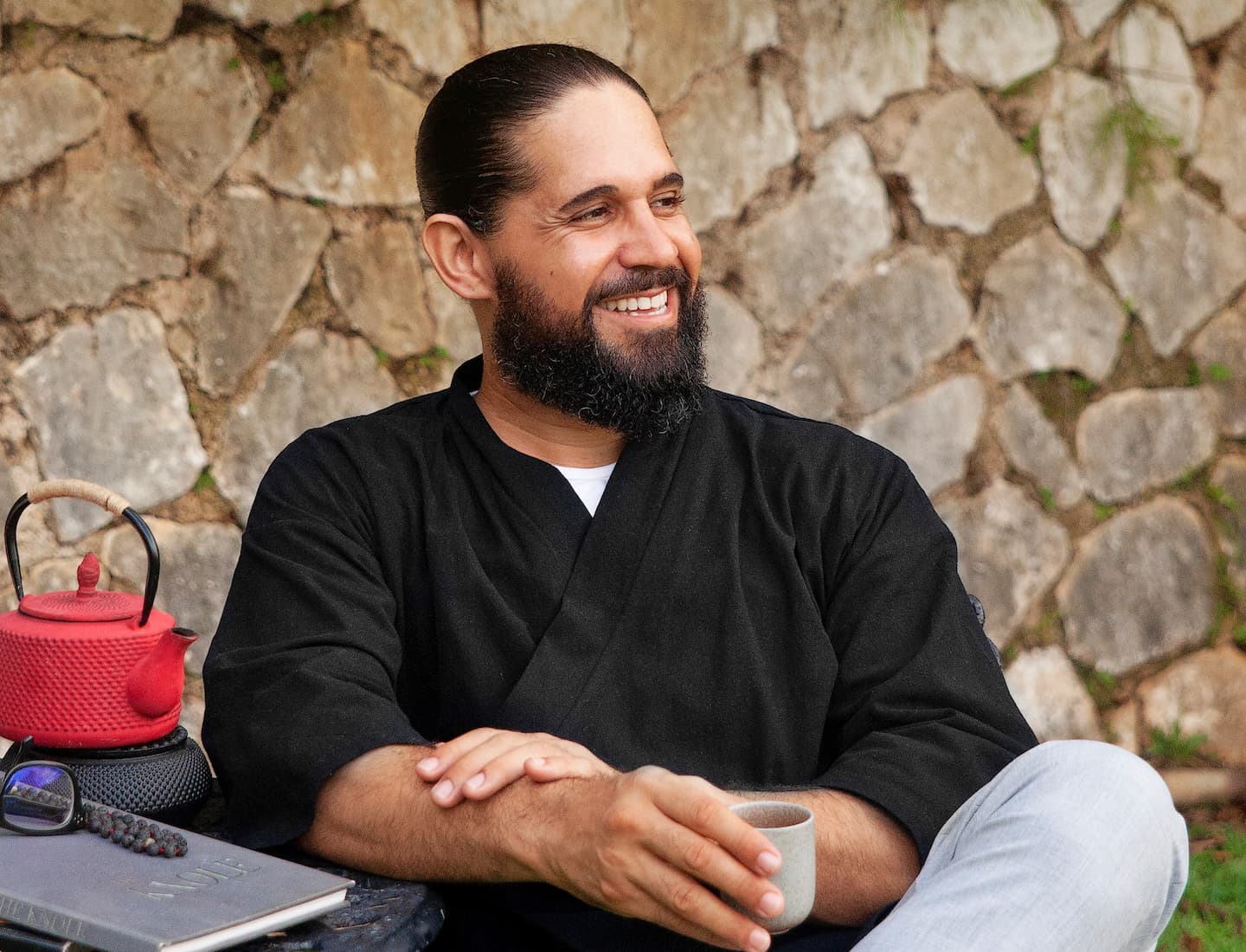 A creative who knows the business of numbers well, Nathan Patrick Haddad has always calculated his next move. From being a ‘brain drain baby’, as he described it, to tackling the arts head-on and pursuing education in several areas, including the culinary arts, to starting his own businesses, Haddad has several maps marked up with ink showing the places he has been.

“I was made in Jamaica, but popped out in Canada. It was in the 1970s, when there was quite a bit of political turmoil, and Michael Manley was doing the ‘five flights a day’ out of the country. My parents decided it would be best that our family leave — my father, who was a physician with a lot of patients locally, stayed back, thinking it was a momentary thing — to let it pass and then we would come back home after. So, I was nurtured on the yam of the island, but grew up on berries of the northern country from six weeks old,” he told Flair.

Over a cup of tea, Haddad tries to cut his long story short, but it ends up turning into several cups. He comes from a Lebanese family with a history of being merchants and manufacturers, adding to the history of Jamaica’s commercial and industrial development — along with the Matalon, Ammar, Zacca and Mahfood families.

Haddad shared, “My family was amongst [the] first Lebanese to arrive in Jamaica. They had, if not the first bakery, one of the first bakeries here. It’s not unbelievable that I would find myself owning my own business, but I had to find myself first.”

Indeed, before launching Peppatree in Jamaica, he travelled extensively. Haddad is the epitome of what persons call an overachiever, even taking his childhood extra-curricular activities like martial arts to the professional level, where he represented Canada by the age of 15 in the Japanese style of full-contact karate called Kyokushin, to teaching Krav Maga, one of the deadliest self-defence techniques of the combat sport. He took on snowboarding and made it to the semi-professional level, with the opportunity to go pro. He does photography (and has had some of his work featured by Vogue, the most recent being of model Lincia Haughton wearing pieces by LA-based fashion designer Francesca Lake). Haddad studied graphic design, studied at a cordon bleu institution under three Michelin star chefs until he decided, “no more, there ended my schooling”.

“I studied design and multimedia, embracing technology in [the] world of arts, and here I am now thinking, what am I becoming, a chef,” he shared.

Haddad made the most of his education — starting with design — to satisfy his parents, he says, but also knew he needed to do the same for himself. That’s how he ended up in Australia in his 20s.

“Australia came to me during one of my moments of meditations, which I strongly believe in. I applied for the visa, and when it was granted, that’s when I told my parents I was leaving. Around this time, I was training for six out of seven days a week. Anyway, I bought a backpack with the concept [that] I’d tour around for a year. If it didn’t work out, I’d bounce over to Japan and continue my career as a martial artist,” Haddad said.

Part of his decision had to do with his mother and having a Jamaican upbringing, and being taught to be responsible for your life; but it was time to cut the proverbial umbilical cord.

“I had always been a diligent student, but not understanding the reasons I am being told what to do. When you are training, it’s a practice; but now, as one of [the] instructors told me, ‘Wherever you go, you go alone;’ and I took it that it is, in effect, how I would be able to bring the arts to life and bridge it into the totality of man,” he said. “I’ve given my mom enough trouble while growing up, had many colourful experiences, but I didn’t want her or my father to stress about me. That’s when I explained to them it was a chance to take a look at my life, and worst-case scenario, I would have to return home. With one bag and $2,000 in my pocket, I hopped on a flight. Then when I arrived in Australia, [I] jumped on a bus, [and] got lost; because the best way to find your way is to get lost.”

Haddad didn’t stay lost for long. He landed several jobs doing graphic and multimedia design for companies like Sony Music and Paramount Pictures, which, he said, “was the pathway to evolving myself and getting to know the business side of things through developing relationships and turning down offers,” before launching out on his own. Fast-forward to 2011, Haddad’s father passing away takes him back to Canada, which was the first stop before returning to where his heartstrings lie.

He credits his teachers and the cultures he was exposed to for helping him to see his true purpose and achieve certain goals.

“While growing up, these added to the foundation that was the point of difference in my success and in respecting that foundation, I had to pay it back. I knew I wanted to fuse all of the arts into [a] business that could contribute to the place I call home, especially after watching the Jamaican brand being exploited all over the world. I told myself I was going to build a Jamaican brand which is multinational and has to be done through the art of creativity and not [a] competition, and that’s where I am now, in my 40s,” Haddad said.