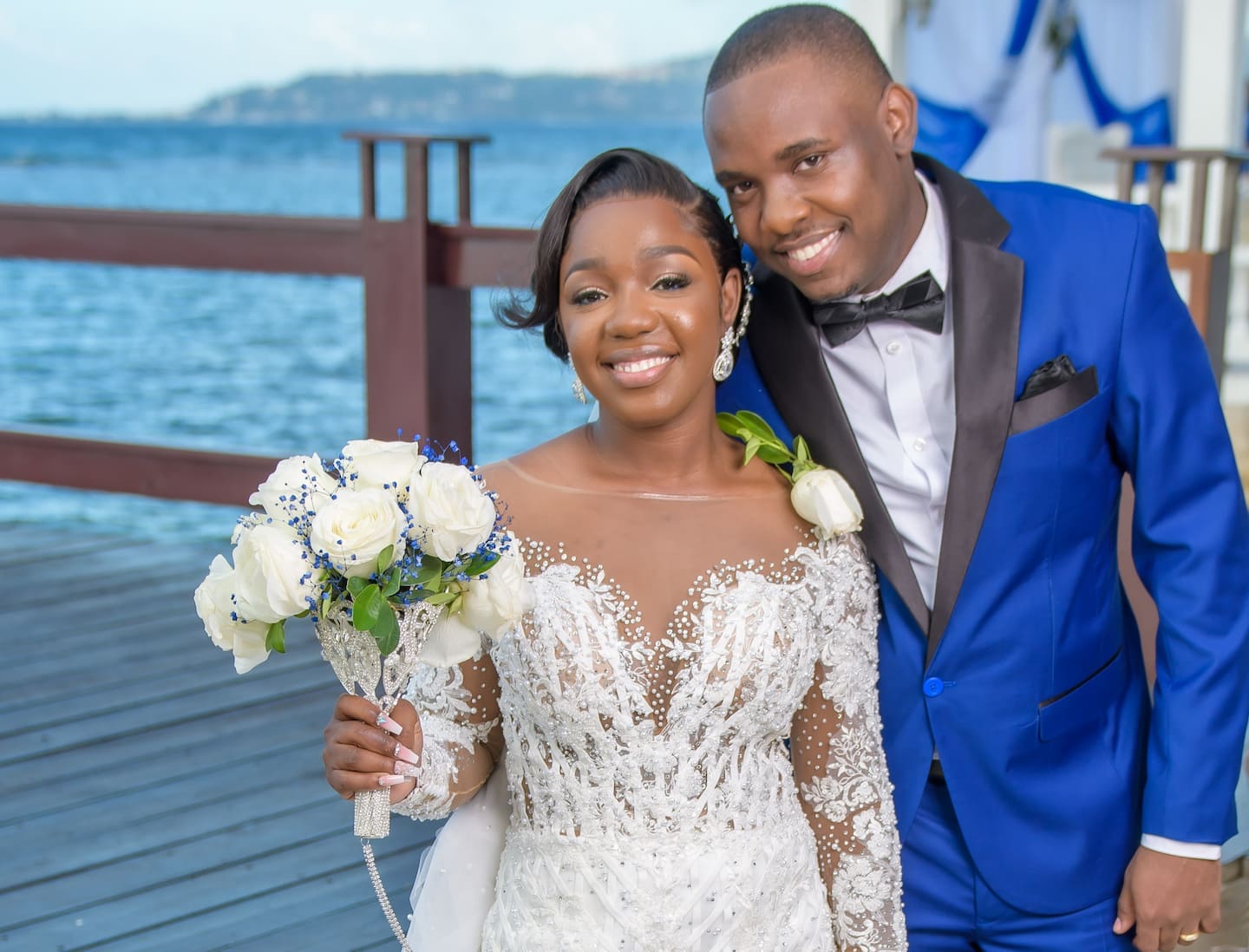 New territory to holy matrimony with the Merritts

When encountering new territory, it is customary to seek assistance from an expert. So when Tashana Lawrence needed help with an assignment, she sought guidance. As a new hire, she didn’t yet know many of her co-workers, so she was referred to Andre Merritt, who introduced himself and answered all her questions. Little did she know that she was meeting the love of her life.

As co-workers, they developed a wonderful friendship, but romantic tension lurked in the wings. Recounting his handsomeness and debonair nature, Tashana was flattered to discover that she was the object of Andre’s affection. Gorgeous with a sassy little edge to her, his hunting instinct was immediately ignited, sparking a chase.

But what’s a great love story without plot twists? Rocking this ship from early was an eventful first night out. “Just when I was getting ready, the power went out, and I was super late,” Tashana lamented, noting that she was petrified she would be labelled the fashionably late date. Her Prince Charming was, however, a complete gentleman about the situation. During the dinner and a movie, the pair conversed with ease, hooting in laughter, while getting to know each other. “We had lots of one-on-one talks. We were so in sync, and our chemistry was on point. This piqued my interest, and I decided to pursue a relationship with her,” Andre revealed.

Tashana continues to be impressed by her significant other’s humility, intelligence, God-fearing traits and patience. “I used to have a lot of issues related to my attitude. Of course, it took some time to adjust. Because he is so patient and tolerant of persons, I try to adopt a little of that from him. I am now able to control my anger and not tell people the first thing on my mind. Walking away from situations became easier than I thought. This helped our relationship, too, because the same patience he gives me I’m able to reciprocate.” She realised that he was the one when he placed time and effort in her personal growth, ensuring that she has a relationship with God.

While for Andre, his fierce queen keeps him captivated by her mesmerising beauty, intellect, straightforwardness, humour and caring nature. “She has made sacrifices and changes others wouldn’t even consider for a second. She always has encouraging words whenever the going gets tough. Once, she motivated me to apply for a promotion at work, even though I thought I had no chance of getting the job; with her push, I was able to get it. She has never been the one to judge when I fall short. Instead, she gives me a listening ear and offers inspiring words,” he added. They still enjoy going to the movies and consider themselves great film buffs.

Days grew into weeks and months, and before they knew it, their love had blossomed into a majestic six-year union. So why not make it official? Andre did just that, proposing during a disguised double date at Coral Cliff in Montego Bay. “I was under the impression we were double dating with Andre’s best friend and his sister. I remember Andre’s sister saying ‘dress-up dress-up night.’” I was excited, so I went out and bought a sexy white dress. When I arrived, I felt a bit overdressed when I saw that everyone was casual,” she admitted, but there were bigger plans in store which required her formal outfit.

Andre explained: “We decided to go to Coral Cliff because they offered entertainment and my sister, who is also a singer, knew the performers. So we advised them that I will be popping the question at 9:30 p.m. At the appointed time, the singer asked her to come to the front and serenaded her as a special request. He started singing Here and Now by Luther Vandross while my sister came forward with a rose and the ring on a platter. I took the microphone, went down on one knee, asked Tashana to marry me, and she said, ‘Yes’. Trembling, I was so nervous that I could hardly put on the ring. When it was finally on, I got up, and we slow-danced while the crowd cheered.”

Friends and family assisted with the planning of the wedding. The bride-to-be credits David from Eventstogo for being so helpful with the décor, “He was definitely a lifesaver. He was so patient and assisted even outside his work hours. My wedding wouldn’t have been a success without him.” She thanked Rhonda from Weddingz By Rhonz for a fabulous dress. And as for selecting the bridal gown, this was a group effort, and she said yes to the gorgeous dress from Luxe Brides Ja.

On March 31, Tashana and Andre entered new love territory when they were joined together in holy matrimony. The royal blue and gold theme was the idyllic addition to the already breathtaking ocean view at Water Edge Villa. The gorgeous bride was a glowing vision in her exquisite wedding dress. And her debonair groom complimented her for the special occasion. The newly-weds agreed that the wedding was more than they could ever hope for. And shared similar views of their favourite moment. “Even a month later, my guests are reflecting on the jokes and humour. The best part for me was when I was officially pronounced Mrs Merritt,” the bride reflected. The groom said, “It’s difficult to select just one moment since the entire event was a spectacle. If I absolutely had to, it would be the moment the officiant pronounced us husband and wife.”