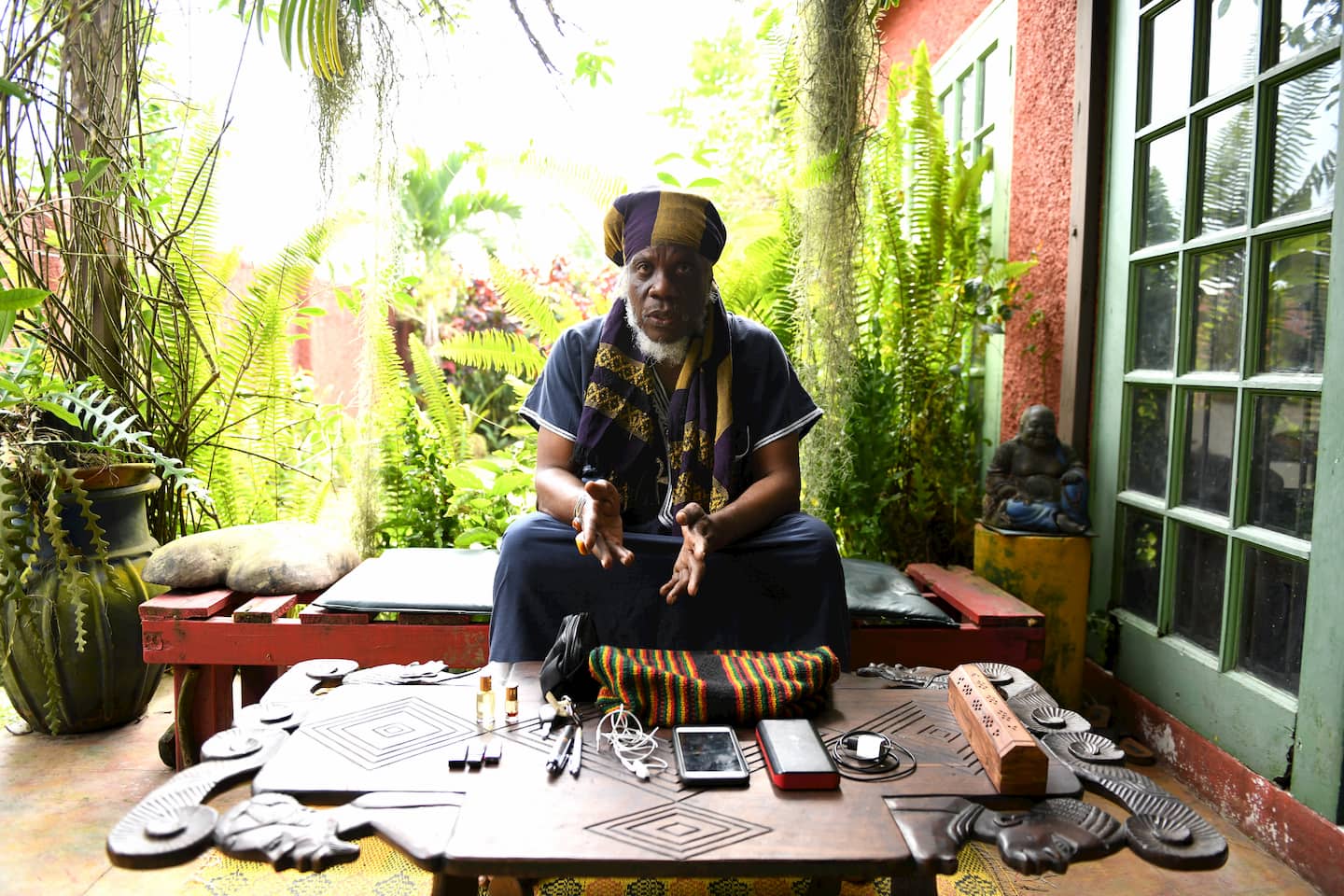 One Bag Ah Tings With Mutabaruka 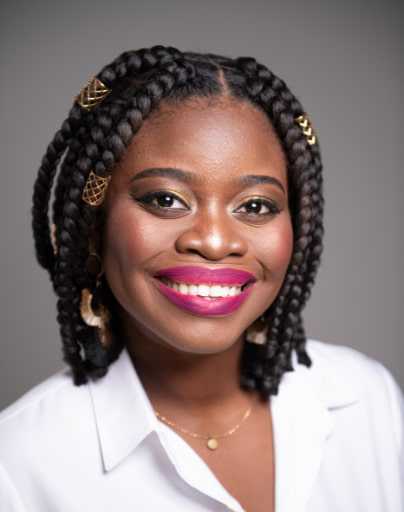 “This is Mutabaruka, and for some unearthly reason, I have to try tell people what is in my bag. I feel like police a stick me up yah now,” said Muta, who tried to hide his curiosity as Flair visited him to check out his ‘one bag ah tings’.

True to his minimalist, Rastafarian lifestyle, Mutabaruka carries a simple traditional satchel containing only the bare necessities for his daily activities.

“This bag is from Mexico. I like them because they not big and it is handmade. I have quite a few of them,” said Muta, as he showed us his cross-body bag embroidered with the Rastafarian colours red green and gold on a black base.

Who would expect the famous Jamaican poet and musician to show us an iPhone which he prides as an incredibly important asset in his life? This was followed by a pair of earbuds which, ironically, are the same pair he uses when on the air in the studio. “This is the charger. Everybody supposed to have one of this,” said Muta, who retrieved a large black and red power bank that he uses when he is not able to find a plug to charge his phone.

When we asked if he had a laptop, his response had us howling with laughter. “Weh mi a do a walk ’round wid computer fah? After mi a nuh executive. Mi nah rob nuhbody. Is scamming people walk round wid computer,” said Muta. “Is only in the studio I use the computer. My laptop is only to play music,” he declared, as he boasted about his vast collection of music. Also in his bag are flash drives which are his primary avenues for collecting music. “This is for when people give me music. Mi hear dah chune deh and seh bredda put it pon dis,” said Muta.

When Muta placed two tiny glass bottles on his table he was quick to explain that they were sandalwood oils from Africa and Saudi Arabia. “True yuh nuh wah dem seh rasta stink mi have mi sandalwood oil that I use instead of perfume,” he explained as he demonstrated how he lightly added the fragrance by rubbing the oil into the palm of his hand and patting the scent onto his garments.

Muta then showed us a small black pouch which he shook vigorously for us to hear the jingling of several coins. “I hope one day I can put some $500 and $1,000 bill in deh,” said Muta with a straight face. “All I have left is my car key and a pen in case mi have to write down somebody address and I cyah bada wid di phone ting,” stated the talk show host.

“Yeah well sorry fi disappoint yuh but that’s what’s in my bag. No laptop and a lot of receipts from government,” laughed Mutabaruka.

This story was originally published in the January 28, 2019 edition of Flair.

Latara Boodie
The desk's resident fashionista, Latara Boodie’s interests are as diverse as her talents. Twenty-five-year-old Latara has a degree in experimental biology and divides her time between penning fashion and beauty pieces and saving the species.
Instagram