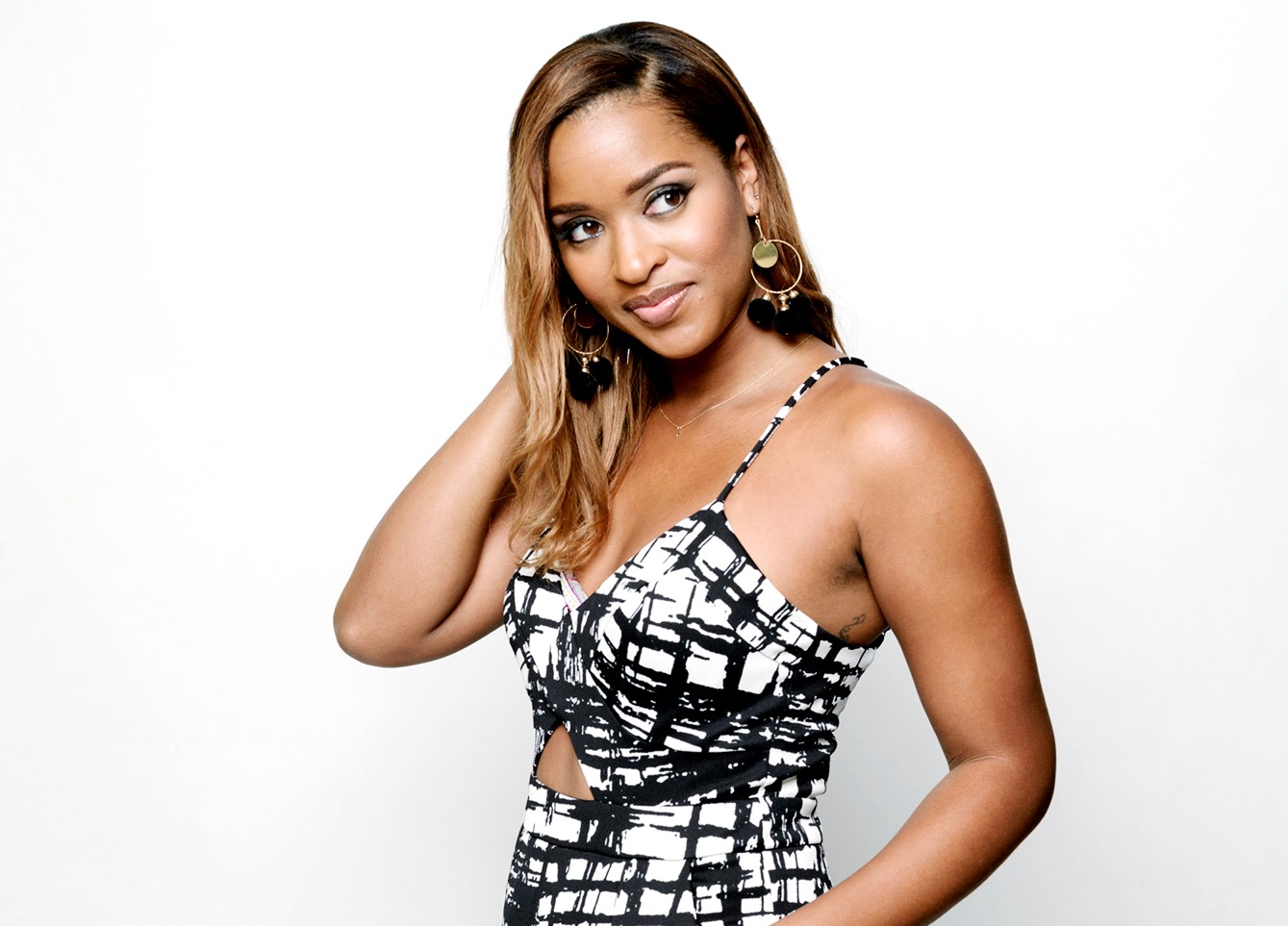 The beauty many knew and loved for entertainment news on local television had big dreams of one day taking journalism to the highest degree. After walking into her first major job for Television Jamaica’s ‘Entertainment Report’ and captivating the hearts of her local audience, Raecine ‘Rae’ Williams did not expect the difficulties faced when she graduated to Hollywood. But while thorns of racial discrimination and plagiarism reared their prickly head — seeking to disrupt her bed of roses — Williams stayed the course and is now telling her story.

“I genuinely love to interview people and tell people’s stories,” she told Flair. For every disappointment she met after being overlooked in the land of opportunity, she introduced herself to growth and opportunity, opening those fancy doors that others might have thought were locked and bolted.

Williams developed a keen interest in media from as early as six or seven years old, making television appearances in a music video at that age. Under the tutelage of Anthony Miller, who she considers her mentor, she was equipped with a host of knowledge and experience to arm her in the field of journalism. From there, having already achieved her bachelor’s degree in film and English creative writing, with a minor in the music business and entertainment industries from the University of Miami, she went on to pursue her graduate studies in journalism at the University of Maryland and set sights on a promising career in Hollywood.

A test of her tenacity came into play when she found herself overlooked as the new kid on the block and learnt quickly to build a good rapport with game-changers in the entertainment industry. Despite the hardships she faced as a black woman on American media, the red carpet correspondent for ‘Buzz Access’ has made quite a name for herself, bringing style and flair to interviewing celebrities like Simon Cowell, Wyclef Jean, Nick Cannon, Sting, Heidi Klum, Brandy, Sofia Vergara, Lamar Odom, Snoop Dogg and many others. This creative beauty has also worked for Atlanta Black Star.

But there is no success without hardship. As Williams spoke to us, she shared the experiences that led to a reporter plagiarising her work, “Instead of being on a physical red carpet, because of the global pandemic, we had a virtual press conference,” she explained, noting that she wasn’t chosen for the first set of interviews with Lifetime surrounding a new project. But after sharing her previous work with the network and building a rapport with them, the relationship grew, and she was able to get her questions out there to the celebrities and the public.

Fast-forward to a virtual press conference, where the pool of questions were sent to the reporters and journalists to pull their clips. “What this girl did was to pull the interviews from about five of the journalists, she strung them together, she recorded herself asking the questions to the camera, and she timed it in such a way that it looked like the celebrity was responding to her. She made it look like she got this 10-minute exclusive interview with Hollywood actress Meagan Good. It was wrong in every single way she could think of, pretending that she did this interview,” she said.

Her biggest lesson from that situation is that although she is ambitious and new to the international media industry, this was a wake-up call to promote her work and brand. Williams received a flood of support from Jamaicans who didn’t even know of her new journalistic adventure, who further encouraged her to share her work. She appreciated this support, after all, because the Jamaican industry raised her and gave her the capability to enter Hollywood with grace. Of the reporter, she noted, “She will get blacklisted, and I will live to do another interview.”

As she eyes the future, Williams is extending her reach from print and broadcast journalism to producing, both locally and overseas, where she hopes the latter will land her a leadership role in a giant conglomerate to effect change by bringing more black entertainment and black joy to television.

She also found a gap in media training, not among her colleagues, but some of the interviewees, especially novices in their area of expertise. “Media training shouldn’t only be for media practitioners; it should apply for brand ambassadors, managers, supervisors, artistes, even athletes, anyone who is engaging in public speaking and interviews.” Her book, Spotlight on me: A guide to giving great interviews and commanding media, addresses this as it seeks to teach these practices so that people can paint themselves in the best light as public figures. After making its début at the beginning of this year, Williams unlocked a whole new chapter as a published author.