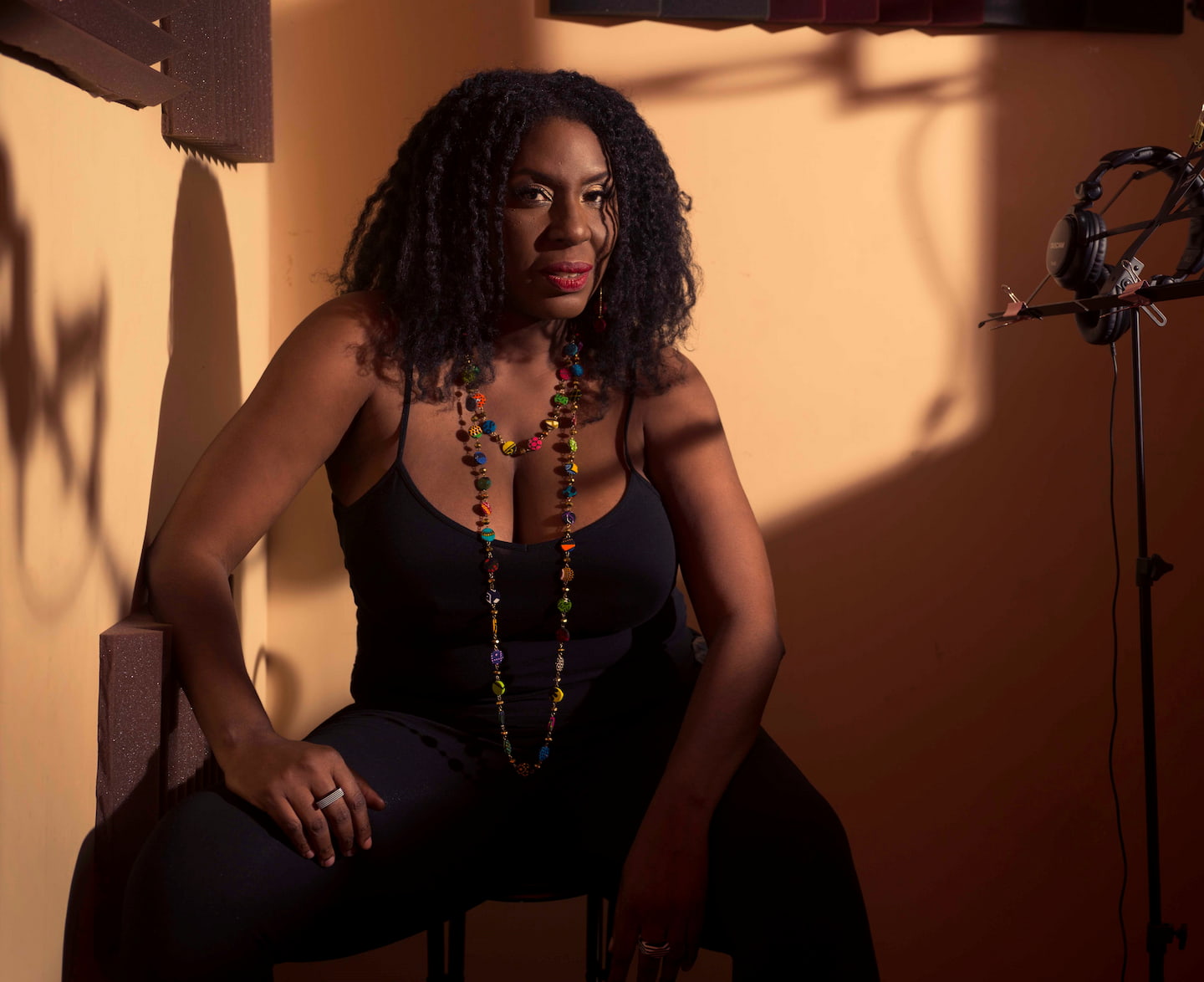 Odessa Chambers might boast a British accent, but it doesn’t get more Jamaican than this melanin queen. The daughter of veteran reggae sensation Jimmy Cliff returned home years ago and has since worked assiduously behind the scenes on some of the biggest productions and films on the island. The entertainment executive and entrepreneur recently tapped into the podcast world, exploring her talents in hosting while living in her comfort zone of chatting up all things culture. She marches to the beat of her own drum with a warm and engaging disposition and can dazzle any room with her winning smile. Let’s get to know the female powerhouse, Odessa Chambers.

Did you always want to pursue a career in media?

I’ve always wanted to do something in media and entertainment, but I don’t think it’s because of who my family or my father or my mother is. I’ve always just wanted to make changes and pave ways for the culture of Jamaica and us as a people. I never wanted to be a superstar or a singer; I would prefer to do behind-the-scenes stuff, hands-on and creative things from nothing to something and watch it grow. I’m fascinated with nature, watching things grow, so it’s the same from the work I do [in] media, public relations, producing for TV, radio, film, managing recording artistes and that kind of thing.

Who are you working with now, and what are some of the projects that have moulded you?

Projects haven’t really moulded me into who I am. I am very much moulded by my mother, who I call my oracle. I’m moulded into words and lessons that are taught by my dad and just people around me, whether they be my helper to the youths on the corner to a celebrity – those people shape me. However, I’m currently working on Reasonings with Odessa, which I’m excited about. I’m doing some public relations with some young artistes, one being Tessellated, and others you’ll know about a little later. I also enjoy working and taking the task to produce for TVJ’s ‘DayTime LIVE’ television show. It has been hard but so rewarding, taking something from not much and making it grow and shine to become a household name. To hear people talking about the show and that the crew and hosts are happy is the most rewarding thing for me at the end of the day. I also have my blog O-Access Jamaica and a team working with me on that. I intend to take it to bigger places for Jamaica and the region.

Tell us more about your podcast ‘Reasonings with Odessa’.

Reasonings is really a conversation with celebrities of the Caribbean and African diaspora. I think it’s important to discuss and highlight my generation who don’t necessarily get that light now that we’re in the digital age; I want to shine [a] light on people like a Salam Remy, Kardinal Offishall, GMoney and Godfrey Donker, people in the industry who have paved waves, whether in music, producing, broadcast or arts. I want people to know a little more about them, give insight about them, as well as speak to young people who I think are ‘dope’ and who are making paths and waves in the industry.

You visited Ghana in 2019. As someone who’s always on the cutting edge of what’s next, should we be watching that space for new things in media and entertainment?

Most definitely. We should be watching Africa, especially as we are Africans in the Caribbean. Africa, for a while, stated by several renowned sources, is the future; definitely, we should be watching the space of Ghana; it’s probably one of the hottest spots for travel for tech and business development. In music, with the vibe of Afrobeats and fashion, as well as people in the diaspora, being proud to be calling themselves Africans and embracing their culture, what I would love to do is build that bridge between Jamaica and Africa for more of us from the diaspora to go home and see home, and to see where we have come from and somehow investing in Africa. Additionally, I’ve partnered with a radio station in Ghana to give live updates on what’s happening in Jamaica and the Caribbean through my O-Access Jamaica brand.

What’s one thing no one knows about you, and what do you like to do when you’re not working?

The one thing no one knows about me is that I’m private. Even though I’m very much an open book, and I say it as it is, I’ve been very blunt and to the point. I’m also a very private person. Because I’m doing so many different projects, and always at the same time, I like to sleep. I like to rest, and I like to just be.