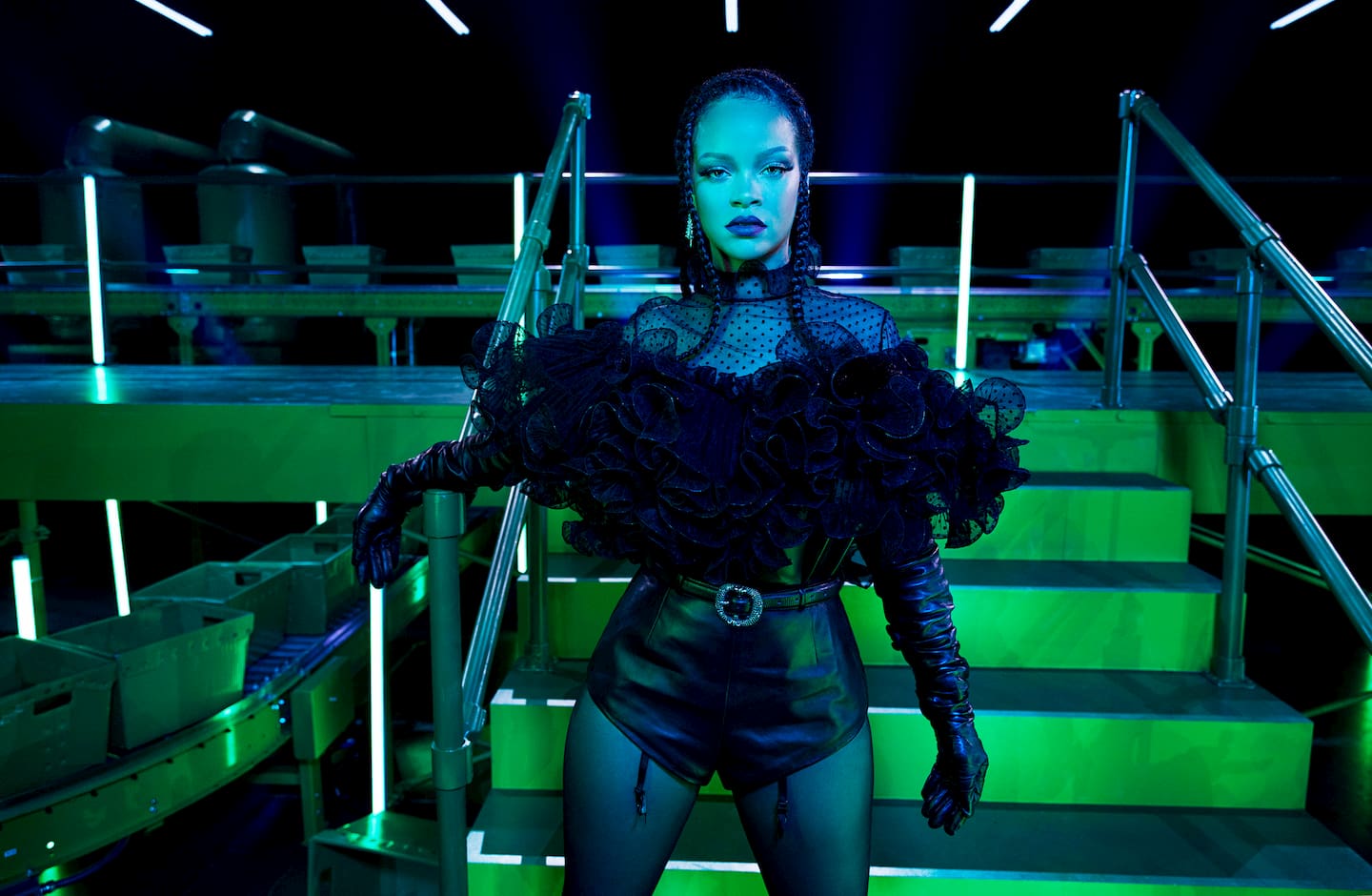 Rihanna wanted to cheer up a troubled world with fashion show

NEW YORK (AP): With help from Lizzo, Travis Scott, Rosalia and some of the biggest names in modelling, Rihanna said she decided to forge ahead with a new digital-only Savage X Fenty lingerie show to bring something good into a troubled world.

Insofar as well-priced intimates in a broad range of sizes can achieve that goal.

“There’s a lot going on in the world right now and I relate to all of it,” the superstar and fashion icon told The Associated Press during a recent round of interviews. “People need a little bit of hope, they need a little bit of happiness, and if we can bring a smile to their face and a little bit of fun while they’re stuck at home, it’s a desire and an honour to be a part of that.”

The Savage X Fenty Show Vol. 2, with musical performances and dancers along with models, was filmed in September in Los Angeles and dropped Friday exclusively on Amazon Prime Video in more than 240 countries and territories. It’s the line’s second turn on the streaming platform.

Rihanna has quickly made a name for the company, launching Savage X Fenty in 2018 with splashy, performance-based shows before large (very excited) live crowds.

For the first time, there’s something for men, thanks to Christian Combs’ appearance in last year’s show with chunky bling around his neck, a bare chest and some ultra-tight skivvies as a disembodied voice purred: “Dirty. Nasty. Dirty. Nasty.”

Combs designed some boxers worthy of all gender expressions to debut with pyjamas and trunks in knits and satin for the Fall 2020 collection, all of which is now available for purchase on Amazon Fashion and SavageX.com.

“I didn’t want this to be a boxers-are-for-men type situation and then we have to make a female version,” said Rihanna, dressed in plunging black leather and fishnet stockings with large crosses around her neck. “I love wearing boxer briefs and when I saw him wear them in the show last year, a lot of people were really excited, our customers were excited.”

Rihanna has proven her commitment to inclusive representation when presenting Savage X Fenty in her use of models in a range of sizes and shapes and across a broad spectrum of skin tones. Since the beginning, the line has been available from 32A to 42H in bras and XS to 3X in undies and sleepwear.

In addition to Combs’ contributions, new looks for her third Savage X Fenty show include her own doodles embroidered into some pieces, along with lacy lingerie with oversize floral designs and high-voltage colour in silhouettes and styles intended for day-to-night wear.

Like Savage X Fenty, Rihanna’s embrace of diversity was expressed in 2017, when she launched Fenty Beauty with 40 shades of matte foundation, from the palest of pale to deep, deep brown with cool undertones. The company has been wildly successful, and her offerings have expanded, including a skincare line, Fenty Skin.

She’s also been busy regularly rolling out luxury wear for Fenty at LVMH.

Savage X Fenty, Rihanna said, is “one of those spaces” where “inclusivity is part of the brand, always.” As the Black Lives Matter movement and fight for social justice continue to play out throughout the U.S. and the world, she said she’ll continue to build on her commitment.

“We don’t believe in division. We do not believe in excluding anyone,” she said. “That’s been our message from day one and it’s not going to change now because everyone is having that realisation.”

Rihanna added: “We started this company on a Black woman’s back.”