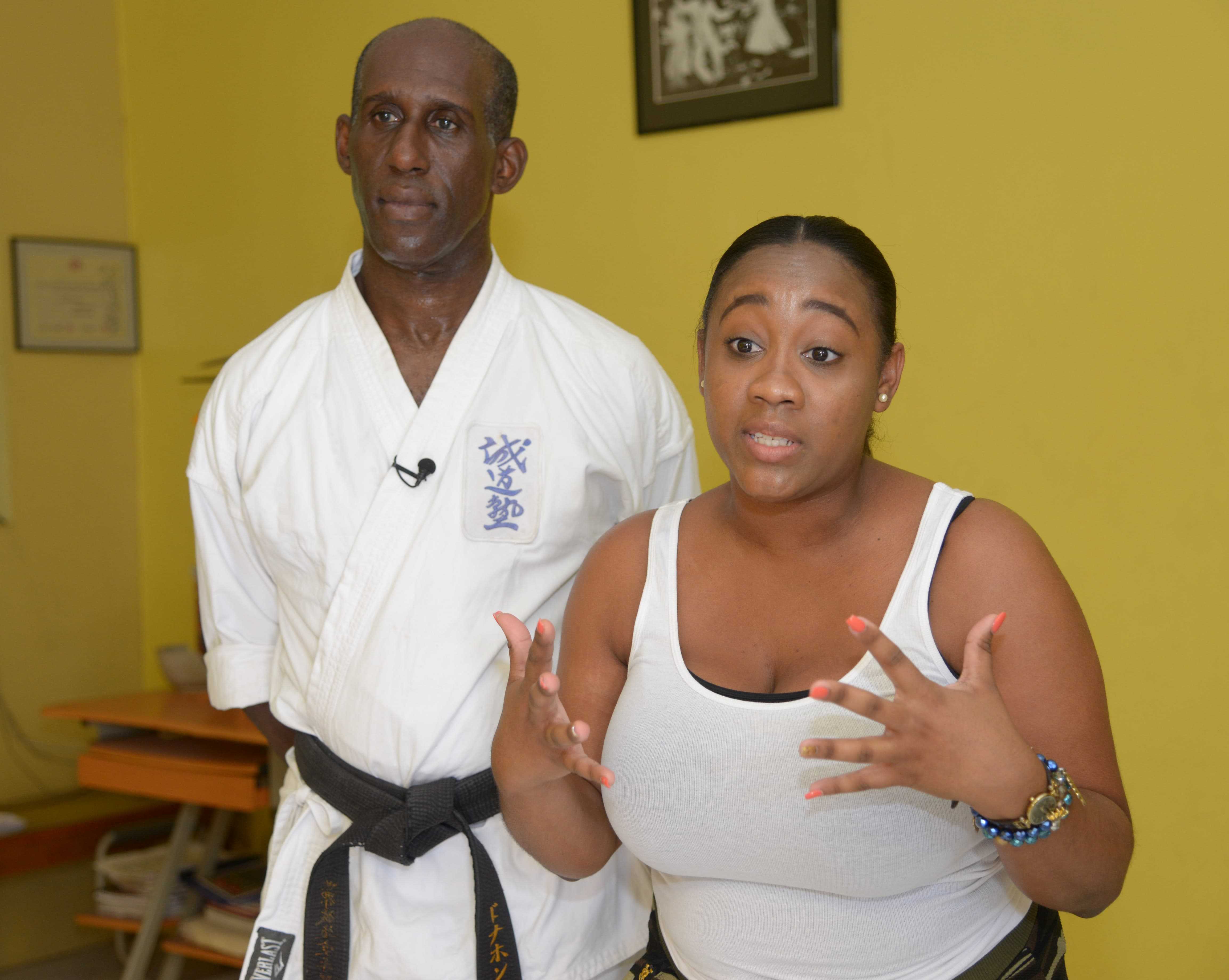 Survivors’ Truth has been a reflection of women overcoming the struggles of abuse. There are still those, however, that try to cover up their pain and hide behind the mask of self-doubt, but what happens when danger trumps desire?

Seeking to find answers, Flair spoke to psychotherapist Veronica Salter, who shared that abuse often stems from misconception, bad socialisation or power relationship. The shared frustration from the different stresses of life has numbed society, and for that reason, the nation is insensitive and careless towards these acts.
Salter explained that the law once condoned a man beating his wife, and unfortunately, society has been taking a long time to get out of that mentality. Boys grow up to think that they have to be aggressive and not open to affection. This, she believes, can be changed through the education system.

“The education system can play a vital role in the correct socialisation of our children, especially as many parents have ceased to do so. There are too many children with no caregivers, so how can they learn to care for anyone? It is not in the acts that you suggest that behaviour will change, it is showing respect and love for others by example,” she expressed.

Salter also stressed that females who normally find themselves in abusive relationships were already victims before the relationships and find themselves defenceless.
In society, men tend to have more power than women, and oftentimes are dominant in the relationship, but according to Salter, every relationship has room for equality where both individuals can dominate. She also shares that disagreements do not have to be a ‘win-lose’ situation but at the first instance of abuse, take action and stop it.

Donovan Laing, third degree black belt, raises the concern that instead of feeling powerless towards their abusers, women can use self-defence as a natural instinct to protect themselves.

In a session with Laing, Flair learnt the basic techniques and importance of self-defence in protecting yourself from being victimised, whether on the street or in the home. Laing believes that power is not always related to the body mass or build of your abuser, as once the technique and control is there, one punch can be effective, regardless of your size.

It can be hard to retaliate against loved ones but Laing shared that once there is a threat, you have to take it seriously.

“You have to love yourself, and when you love you, you will look after yourself. Anyone that threatens or touches you, you have a right to retaliate,” he expressed.

Though Laing promotes self-defence as a means of protection, he notes that attack should be after all options, such as mental tricks and distraction, have been exhausted. Based on the attackers response to distraction, you must make a decision when danger trumps desire. You have to fight or ‘take flight’.

Abuse will continue to be endemic as others grow up around selfishness and dispassion, but women must love themselves in order to get out and seek help as the situation will only escalate. You do not have to fall victim to your circumstances, you can take control of your life.

Laing shared some crucial things to know ahead of time to prevent an attack, and showed us some moves that can save your life.
Awareness:

It’s hard to resist scrolling through texts or turning up your music when you’re walking down the street, going into your car or home, or on your morning jog. But being distracted from your immediate environment ups your odds of becoming a target. So unplug, open your eyes and ears and concentrate on where you are and what you’re doing.

Breathing will allow you to remain calm and to control your adrenaline rush in confrontations. This also allows you to control the person’s response. Fitness will make the moves strong and impacting. It helps in the physical and mental reaction.

You must stay within the moment and remain calm. It takes continuous practice of the technique and breathing tactics for self-defence to not be a thought process but second nature. Here you will be able to look for your advantage, your point of attack or flight.

Practising the correct posture, position and moves will allow your technique to become an instinct. With the appropriate technique, each move and punch will count.

Pressure points:
Women should be aware of the weak areas on the body that can be used to their advantage. For example, plucking or hiding the eyes, bringing the pain in a punch or hit to the nose, chin, throat, solar plexus, groin or knees. These areas can be used to disable an assailant, remove concentration and allow you to fight or get away.
Donovan Laing
(876) 449-5722
Kingston Seido Karate – Girls Guides (Headquarters)
2 Waterloo Road
Kingston , Jamaica
Phone: (876) 754-9737 or (876) 995-6135
Mandeville Seido Karate
3 Caledonia Road, Caledonia Mall, Lot 2
Mandeville, Manchester, Jamaica
St. Ann Seido Karate
Vern’s Fitness Center
Salem, Runaway Bay, Jamaica
Phone: (876) 973-4035
kimberly.goodall@gleanerjm.com

Walk out with Jermaine Dyer

Are you ready for the road?