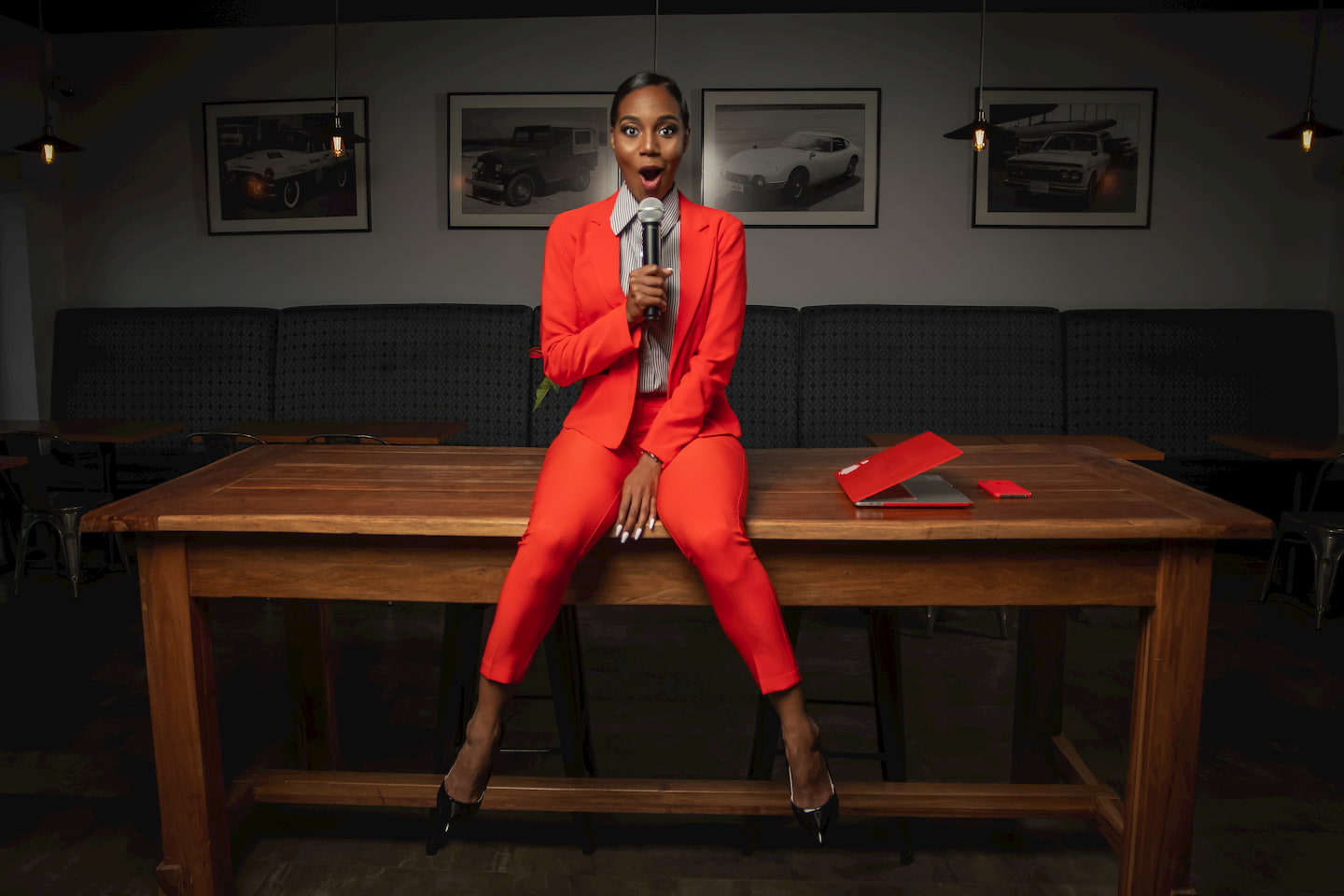 Terri-Karelle Reid is a woman of many talents, but she didn’t get here overnight. She notes that becoming who she is today took some self-discovery.

“Not getting into veterinary medicine made me tap into other skills that I didn’t know I had, and in that whole period of navigating this uncertain person, I was able to figure out what worked and what I could do,” she told Flair.

With time, she has developed a greater awareness of her talents and her methods. “I think I now recognise my skills and I am a lot more strategic — owning and claiming these talents that I have. I now understand what I offer, what I bring to the table, and how I like doing things — on my own terms,” she said.

Honing these skills over recent years has led Reid to her own redirection. She notes, “The truth is, corona came with its challenges and its negative implications, but it has forced a lot of us to stop and look within and reassess, reanalyse and reprioritise and be reborn; and I think this is another part of my rebirth, an extension to who I am and how I serve”.

Redirection with Terri-Karelle is the name of her new podcast, and having cemented herself in the number one spot in Jamaica on Spotify and Apple Podcasts for the past couple of weeks, one couldn’t help but notice the immense impact that the project has had on people in Jamaica, the diaspora and across the world. The social media metrics have shown that Redirection with Terri-Karelle has crossed shorelines with the top five countries being the United States, Canada, United Kingdom, Cayman Islands, and Trinidad and Tobago, with Japan trailing in sixth place.

Podcasting wasn’t something that came naturally to the former beauty queen, but following her instincts and her desire to serve her community does. She explained, “Part of it was the encouragement from my online community. It was tempting to go to YouTube, because I am comfortable in front of the camera and it would be a lot easier, because that’s also what everybody is consuming, and I am aware that that would have been an easier platform. However, I thought about the pandemic and how people’s lives have become even more dishevelled and busy, and I thought that podcasting allowed people to passively listen. I wanted to be as least invasive as possible, at a time where we are experiencing multiple issues [concurrently],” she stated.

The podcast, she says, targets “any and everyone. I know that from a marketing and branding standpoint, there’s always that brand avatar that is a specific audience member, but because my podcast speaks about redirection and failure and disappointment and overcoming, I realise that that doesn’t happen to any one person, it doesn’t happen to any one gender, age or class; it happens to all of us along our journey,” she shared. Her aim was for persons to come along for the journey with hopes that one of her guests, who are all so very different, will have a story that will inspire whoever you are and at whatever level you are at.

Reid describes her brand as “conscious and conscientious; authentic and mindful,” and she had that in mind when she developed the idea behind the podcast. “I didn’t want it to be like any of the other programmes that we already have in the space. So, I took a look at my life, what it has meant to me, and the fact that I was lucky enough to have supportive friends and family who didn’t look at me as a failure, even when I thought I was a failure. Not many people have that,” she shared.

Reid says it was important for her not just to focus on the wins, but also the failures.

“Seeing that we are now in a world that focuses on instant gratification and a constant winning culture, a lot of the times people aren’t sharing (especially on social media) losses, and so I wanted to take the time to redefine what failure might look like and feel like, and to try to encourage persons to look at the other side,” she said.

For the 38-year-old Portmore native, failure is not something that defines an individual, but rather something that can be redefining. Some of these particular moments in her life that have redefined her are things that she talks about openly and candidly. “Societally, you are told that you are defined by what you have from a materialistic, as well as, from an academic point of view. Society tells us that if we aren’t getting certain things by a certain age or for your gender, then you have failed. And a lot of people walk around with that baggage, sometimes for the rest of their lives, and they are not able to confront it and find healing. But for me, I wouldn’t have unlocked all this hidden potential if I wasn’t disappointed,” Reid shared.

When quizzed about her biggest cheerleader, she names Naima-Kourtnae Reid, her daughter. She explained, “I have been blessed with a solid inner circle that loves and supports me, but I would have to say my daughter, Naima-Kourtnae. I am grateful that she is willing and open and excited to know what mommy does. Now she is getting a chance to see how I do it. She has said many times that she can’t wait to grow up and be like me, but I’ve told her that she’s going to be so much greater than me, and I am just blessed to [have the] opportunity where she gets to peep into my world and get exposed to it so that she can also not be afraid to try new things.”

With her obvious talent and determination, one can only wonder what’s next. When asked this question, she laughs and responds, “For somebody who has a podcast called Redirection, whose life has been totally and divinely random, I don’t know. I’m just going to follow my head, follow my heart, follow my gut.”