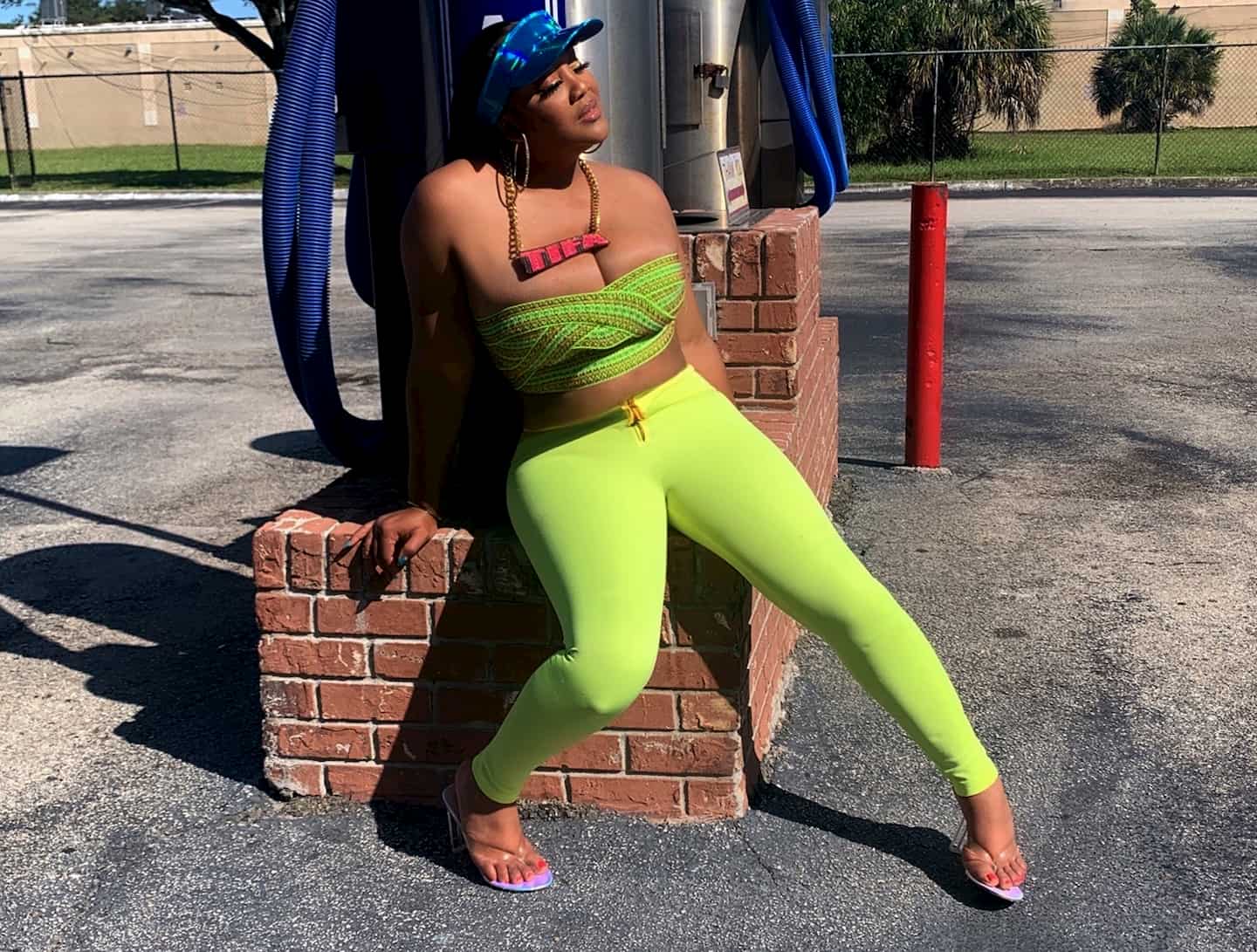 Tifa talks celibacy and survival in a sexualised genre

Her wardrobe sometimes consists of figure-hugging, revealing outfits. Her music videos are sexy and her lyrics consist of innuendos and carnal statements. For those reasons alone, it may come as a surprise for critics and fans alike when dancehall entertainer Tifa publicly proclaimed that taking a vow of celibacy is a common practice for her.

“This is not my first time being celibate. Personally, I like to take a break after relationships to connect with me before I enter into anything new with someone else. I’m very picky with my partners and I’m even more protective of myself. The last time I was celibate it was for more than two years,” Tifa revealed to the Flair.

At the time, the dancehall artiste also sang about it. “Man government, a time fi lock shop … if him nah move right ah boy fi get block”, which are lyrics from her 2019 single Man Government.

“Celibacy and how it is accomplished all depend on the person – some may not want to carry out any form of sexual act — I believe in self-pleasure every now and again. Also, if it not too intrusive, I believe in being open and honest to disclose your celibacy,” she said. “Once I am dating or on that path with someone, I tell them and the usual response is ‘really … seriously’ followed by ‘why’ and ‘for how long’. I like to get to know and study people until the right connection is made.”

The dancehall artiste, who is currently on the promotion trail for another raunchy single titled All Night Long, says she has been celibate for a year and a half, which for some critics does not match the sex and dancehall formula. “I consider myself an artiste, whether or not persons find me sexy is up to their own taste and preference. I do music with which I tell the stories of life, and my being celibate does not come in the way of that,” she emphasised.

Dr Shelly-Ann ‘Dr Sexy-Ann’ Weeks, a renowned sexologist, is not taken aback by the entertainer’s announcement.

“If people look on Tifa, it’s likely that based on her image, how sexual some of her lyrics are, they will say, ‘there is no way … she has to be doing some of the things she talks about in her music’, but she says that’s not going on in her personal life,” said the founder of the HerFlow Foundation.

“Entertainers are very good at creating a persona and a lot of times that which they create does not necessarily reflect the person they are in real life,” Weeks said. “But there exist females who are very sensual in their representation, in what they wear and write about, but when you take a look into their personal lives, it could be a long time she nuh have sex, some go without it for as many as four years.”

Still, female entertainers, especially in dancehall, quickly shy away from speaking on the topic of celibacy or their sex lives for fear it will have an effect on the character depicted in their music and on stage, but international stars like Lady Gaga, Ciara, Nicki Minaj and Mariah Carey have all shared taking the vow of celibacy and for different reasons.

Dancehall music is the playground for sex and Tifa has been one of the most hard-working players for more than a decade, and she would not be the first female dancehall artiste to announce her celibacy. Back in 2016, Spice said she would be celibate for a year because she wanted time to regroup following a failed relationship.

“In dancehall there is such a big hypocrisy that man can gwaan and talk about ‘man fi have nuff gyal and gyal in a bungle’, yet they expect the woman to whom they get married to not have a past. Mind you, they are not asking straight-up virgins but they can have fully blown active sex lives, yet the women should not. That equation doesn’t make sense,” Weeks told Flair.

The decision to lead a celibate lifestyle is a personal choice but the judgement on women is much harder than it is on men, the sexologist said. “Even if you do have a sexually confident woman who wants to explore her sexuality, she has to do that knowing that she is going to be judged a lot harsher than her male counterparts. The rules are not fair, neither are they the same for women and men.”

“I don’t have any judgement as it relates to what women do with their sexuality, and I don’t come from the standpoint where being celibate is good either, but that your sex life is yours, and however you want it to look is absolutely none of anyone else’s business unless they are the ones participating in sex with you. So, I will only applaud it if it is a conscious informed decision. I am only concerned that it is something they actually want to do, by all means, take a vow to be celibate. A lot of times, women choose to be celibate just to protect themselves, and female entertainers, biologically, have a lot more to lose,” she added.