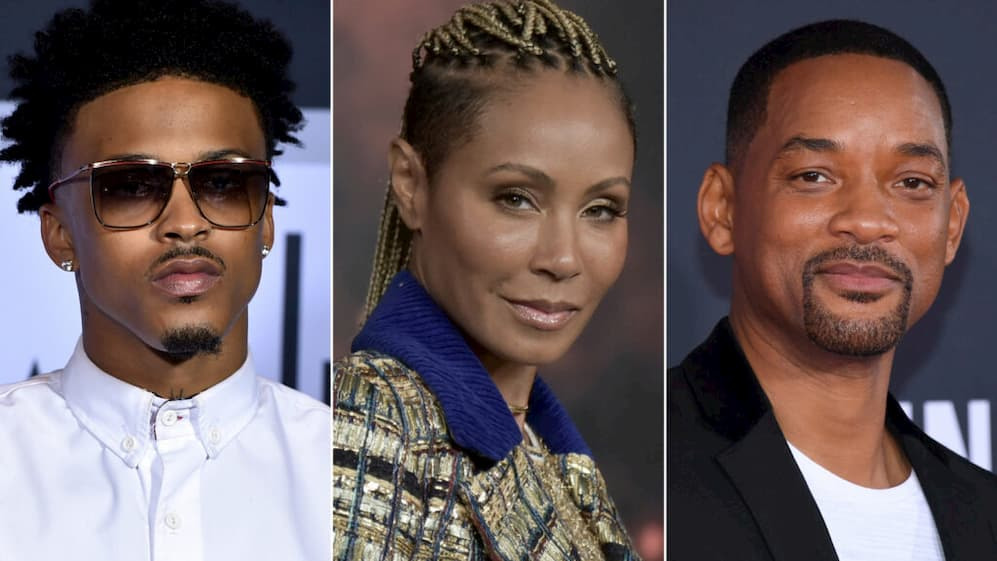 The popular word on everybody’s tongue over the weekend: entanglement. And the persons responsible for the trend: Actress and host Jada Pinkett-Smith, her husband, Hollywood actor and rapper Will, and to a strong degree, singer August Alsina.

The fiasco all started when August revealed the nature of his ties with The Smiths. He denied breaking up Will and Jada’s marriage – he is no home wrecker. But he did confess to having a romantic relationship with Jada, which broke him down emotionally. The consummate professional attempted to put all arguments to rest at her Red Table last Friday by sharing that she had an entanglement with August.

“An entanglement?” was what her interviewer and husband of many years asked. Seeking to clarify the information, Will dug a little deeper, only for her to admit that yes, it was a relationship, one that she deemed an entanglement.

Before the night was over, social media, specifically Twitter, reacted to the drama in a comical and thought-provoking manner, tearing the trio to shreds. This roasting, and some toasting, continued into the weekend.

For a few, she wasn’t that far off when she said entanglement. After all, it has been defined as “A complicated or compromising relationship or situation.” But for the majority, the term seemed like a cop-out for her actions. To be clear, she did not have an affair – she was separated from her husband and, in Stella mode, aspired to get her groove back.

Some married couples have jumped to her defence, saying that they understand how the wife and mother of two felt. The thought and even the act, they said, are common among previous generations and unions of today. There were those who even applauded Jada for her honesty and respected the fact that she did what she had to do for herself – women can live their lives too. Persons opted to plead the fifth as well: they are all familiar with playing the roles of Will, Jada and August. And of course, many cast judgement, surmising that while she confessed to healing herself, she was guilty of hurting both Will and August.

Will Smith is a top Hollywood star and not even he could act through the interview. His nervous laughter grew awkward by the reactions. His red eyes and dreary expressions screamed pain. By the time they reached, “We ride together, we fly together: bad marriages for life!” we all had to wonder: what in the world were we watching?

By popular opinion, people called Will ‘Mr Nice Guy’ (some said otherwise), but weren’t shy bringing up the fact that he is living in the shadow of her true love, Tupac Shakur.

Jada, direct in her address and comfortably void of emotions, was called out by the critics for her narcissistic, predatory behaviour.

Let’s examine this for a minute.

August was young and sick, going through one turmoil after the other. Whether knowingly or unknowingly, he sought refuge in the wisdom of Jada, his friend’s mother, who offered to help him through his struggles. But she caused much more damage by a) crossing the line and taking advantage of his vulnerable state, and b) re-victimising him by labelling what they had an entanglement. Does his trauma not matter? To love is to risk and August took a gamble with Jada, putting his heart up for grabs, only to lose big time.

Major parts of ‘healing’ include acceptance, accountability and remorse. Who else expected an apology of some sorts? Only me? The ‘it is what it is’ mindset won’t help in providing closure for the singer, who is still heartbroken over the ordeal. Understand that somebody’s daughter will have to try and navigate through the scars of these shattered emotions.

What showed ‘healing’, at the end of the day, were Mr and Mrs Smith, who, for better or worse, for richer or for poorer, in sickness and health, will survive anything: even the unwritten vow of entanglement.