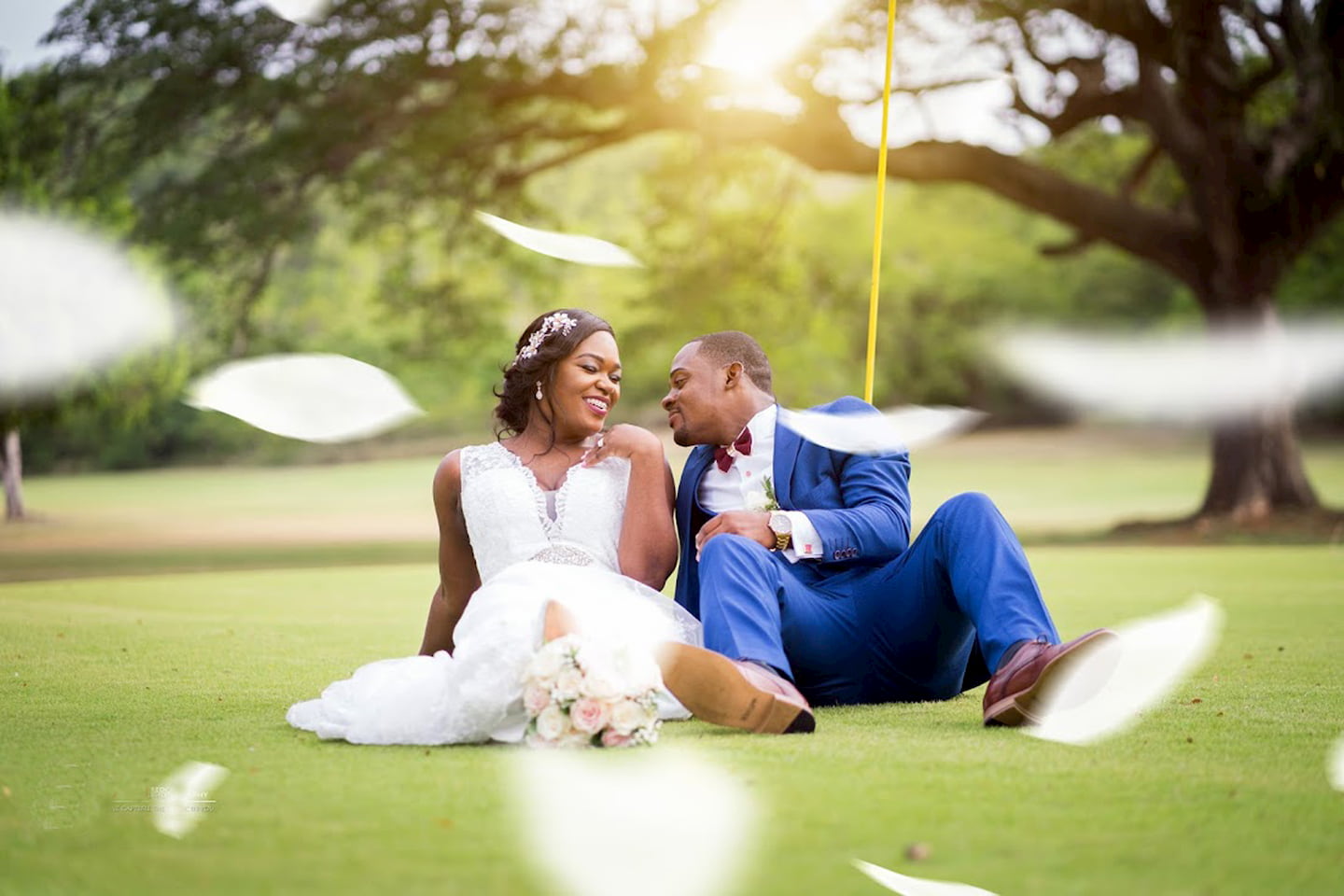 We have all seen the romantic movies depicting the same storyline: boy meets girl, it’s love at first sight and they both go on to live happily ever after. Well, the heart-warming tale of Latoya Wilson and Sheldon Gordon followed a similarly endearing fate.

Latoya and Sheldon met at a crossroads, Carib 5 in Kingston to be exact. The two were in the same cinema, watching the same movie, but were solo in attendance. If you ask Sheldon, he would tell you that destiny brought them together on that day.

She stood in line at the concession stand during intermission. And as she began to make her purchase, she noticed that there was a man staring at her. Now, Latoya isn’t one to entertain paranoia, but with eyes fixated on her, who wouldn’t? The stranger eventually walked over. Sensing the danger, she tackled the problem head-on, asking him why he was looking at her. His response? He was looking at his wife! Shocked by his utterance, she joined the staring game, since she had no idea what to say. “We exchanged and few words there and then I saw something in her that was not only different from what I’m often accustomed to but something that I was willing to explore,” Sheldon told Flair. The soon-to-be lovebirds took their conversation back to the theatre for the duration of the movie.

Latoya’s impression was that he was overly confident and conceited in demeanour; he was handsome and flaunting it for her to see. Aside from his crazy immediate pronouncement, she realised by the end of the night that he was awesome. “He had me laughing and smiling and I doubt I can tell you how that movie ended,” she added.

Their union blossomed and bloomed in a friendship and a relationship all in one. “Before we knew it, we were in a committed relationship. But I think the decision was made when I gave him an ultimatum, as shortly after he indicated that he wanted us to be exclusive.”

Appreciating his loving and God-fearing nature, she is also fond of the fact that he is amusing, caring, romantic, helpful and encouraging, providing the sweet balance to her spice. Sheldon, who thought his lady love was pretending in order to impress him, at first, observed things about her that he was longing to see. “She did things that warmed my heart with joy: her humanitarianism, mannerism and selflessness. She was soft in nature but as hard as a rock at the same time; capable of standing the test of time.”

After three years of bountiful bliss, and the birth of their beautiful daughter, Seriya, Sheldon decided to pop the question.

He wanted to get her a ring that she would love. So leaving nothing up to chance, they went to a jewellery store and began looking around roughly six months prior to their engagement. He was keen to her ring selections, noting her preferences in the former of his mind. It was also his desire to incorporate a date that was related to his daughter in the planning, so he chose Seriya’s birthday to ask Mommy to be his wife.

“After taking our daughter out for her birthday, we went home to enjoy a quiet evening. He is always doing funny and romantic gestures so he went down on his knee and started professing his love and then he asked, ‘Will you marry me’?” the wife-to-be highlighted. But at this point, he had nothing in his hand. So, Latoya ignored his sentiments and returned to regular programming of watching television. Sheldon then took the remote from her and went back to expressing his love. That’s when he went down on one knee and asked her to marry him once again. “Naturally, I thought he was joking again, so I told him I don’t have time to play around with him. He kept asking will you marry me, and when I looked down on him, he had the ring in his hand. I was so shocked that for a minute I paused and tried processing what was going on, then I said yes.” Immediately after the proposal, Latoya commenced with the wedding planning.

She enjoyed the process, staying up late nights, pondering on ideas for their perfect early. She enlisted the expertise of a wedding planner who shared in her majestic vision and brought it to life, and received the trusted assistance from her sisters and friends.

On Sunday, June 23, Latoya and Sheldon said ‘I Do’ among close family members and friends at The Caymanas Golf and Country Club, Caymanas Estate, St Catherine. Both the ceremony and reception, according to the bride, were everything they had hoped for. “It was uniquely elegant. Our wedding planner, Julian from Futurevents, did an excellent job. Everyone was in awe with the décor. When it was time for the first kiss, our daughter photobombed us. She came right in the middle,” the bride revealed.

The best moments for the groom was seeing his beautiful blushing bride walking up the aisle towards, him as well as her grand entrance at the reception. “The MC and the DJ did a great job, so too did MB Photography. But the overall success must also be attributed to my wife, who researched daily and came up with a lot of creative ideas which were incorporated in the wedding ceremony and reception. One person actually said they thought it was a celebrity wedding.”