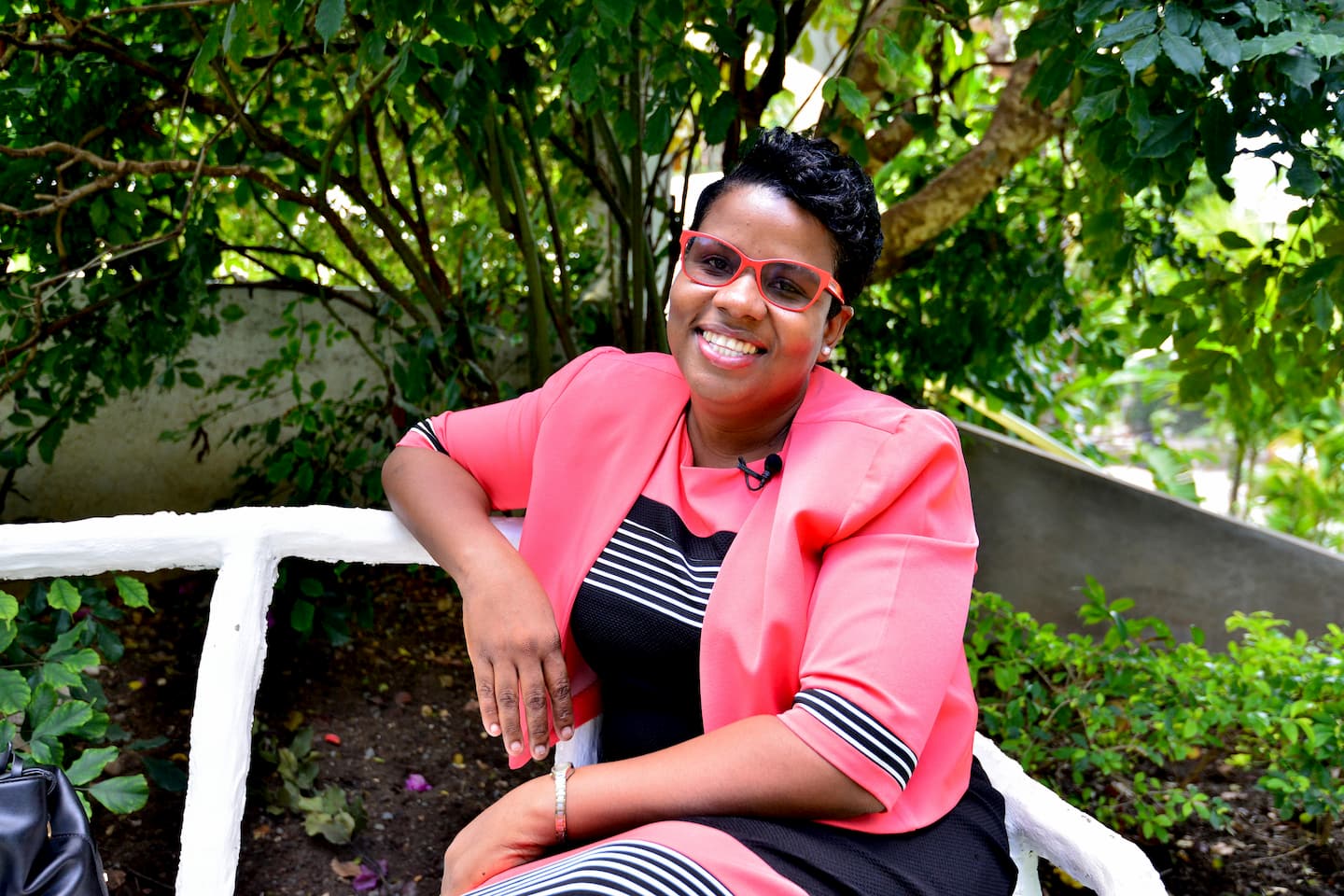 Rochelle McGibbon-Scott is no ordinary cop! Serving the Jamaica Constabulary Force (JCF) for 18 years, the woman sergeant is an innovator spearheading the creation of numerous pathways to success and empowerment for her colleagues and community members.

For 10 years, McGibbon-Scott has been attached to the Community Safety and Development Branch, the arm of the JCF that is concerned with deep engagement with those whom they are sworn to ‘serve, protect and reassure’. Always exceeding expectations, her impressive work has caught the attention of many eyes, and Sergeant McGibbon-Scott is honoured by it all. A 2018 award from the Gender Affairs Bureau for her invaluable contribution to rural development and empowerment stands out the most to her.

Born and raised along Maxfield Avenue in St Andrew, the St Mary-based officer focuses on inner-city youths as a major target of her circle-building initiatives. Her flagship programme, the ‘Rise Up Wise Up’ campaign, which, among other things, sheds light on the youngsters’ rights and responsibilities, is essential to her goals.

“I want to make a difference. My passion has always been youth development, empowering people, and becoming a police officer because I wanted to be a part of an organisation that helps young people,” she told Flair.

McGibbon-Scott, who is also enthusiastic about her community members’ safety, has started the Safe School Patrol. This project ensures that students get home safely.

Other things that are big on her agenda are domestic and gender-based violence. So with the support of her colleagues, she leads yearly discussions and partnerships with the Bureau of Gender Affairs, simply to make a difference.

“We have symposiums, community marches, and workshops to uplift victims of domestic violence. And we also have a programme that’s really geared towards the perpetrators. But that’s a tricky one. It’s not easy getting them to confess to the act,” Sergeant McGibbon-Scott said.

She has also started the Domestic Violence Advocacy Programme. Thanks to her efforts, there are currently 75 trained anti-domestic violence advocates in the parish of St Mary sensitising others about violence in the home.

The woman sergeant likes to lead by example, and it’s a quality that is highly admired by her colleagues and those whom she has impacted. She revealed to Flair that her efforts are not intended for praise but are purely from her heart. But she still feels honoured by gratification, especially from youngsters. That’s how she knows she is doing a good job.