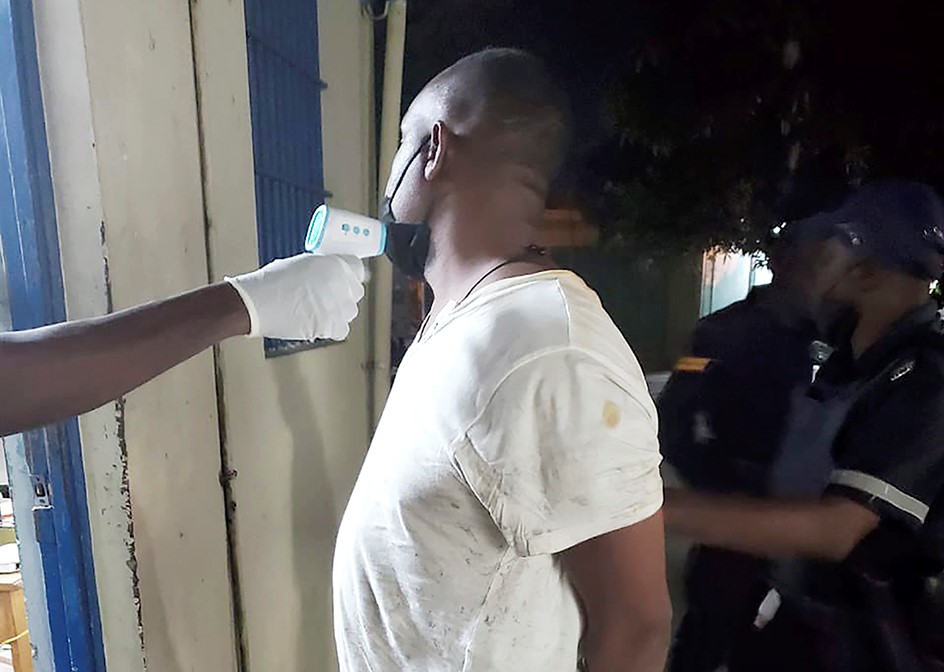 Not for the first time, I’m wondering about what exactly is going through the minds of some of my fellow Jamaicans.

Last Monday, the cops picked up Stephen Witter, the very angry gentleman who had told a different group of policemen that they had no authority to tell him to move from Hellshire Beach.

For those who don’t know or remember, Witter berated the lawmen and made them know, in no uncertain terms, that they couldn’t disperse the gathering that was taking shape at the popular spot. You know, ‘cause COVID still a keep. Duh! He even used expletives in his tirade. Surprisingly for me, the cops left him there. But the very next day, cops from the St Andrew North Division arrested Witter in Stony Hill. That video was even more action-packed. After being detained, he started ‘preaching’ that his stance was similar to that of Martin Luther King Jr, Malcolm X and Marcus Garvey. In what some have considered a mental ‘episode’, he berated this particular group of cops for basically ‘bowing to the system’. He was especially incensed about the issue of mask-wearing and was in full protest mode even while a senior cop, who I know very well, fitted it perfectly on his face.

Last Thursday, Witter was convicted of several charges in the Kingston and St Andrew Parish Court and will face further charges in the corresponding St Catherine court at the end of the month. So I suspect he’s going to be fined even more money.

But what bothers me immensely is the comments that I read under both videos, supporting Witter in his rantings. I won’t say I was surprised because, hey, this is Jamaica.

Persons literally stole all the sand from a beach some years ago, so nothing stuns me any more about my Jamaican people. But I was somewhat disappointed with the comments about Witter.

Some thought that he was actually speaking ‘truth’ and kept spouting this rhetoric that the entire pandemic, and subsequent vaccine, is all part of the New World Order.

Perhaps more bizarre, some thought he had a valid point when he said he was on God’s beach, and so the cops had no authority to remove him. Even people at the beach were saying the same thing. Ahm, unless the beach is his private property, which it isn’t, the cops can absolutely tell him to move, especially since beaches are closed once again due to ‘Madame Corona’. Sigh.

Others tried to rationalise his behaviour and said he might have been stressed out, and had just ‘burst a fuse’. But I can’t envision giving cops, armed cops no less, a proper ‘tracing’ when they’re ordering me to do something. And trust me, I get upset like anybody else. It was highly troubling that he had supporters.

But here’s the worst part. I’ve been wondering, how many more Stephen Witters are out there who just haven’t been videotaped? Imagine if they start a revolt? Throw in the anti-vaccine protesters, and we’ve got ourselves a party. Now that’s a scary thought.

In photo: The man seen on social media disrespecting police personnel on Hellshire Beach is taken into custody by the police.