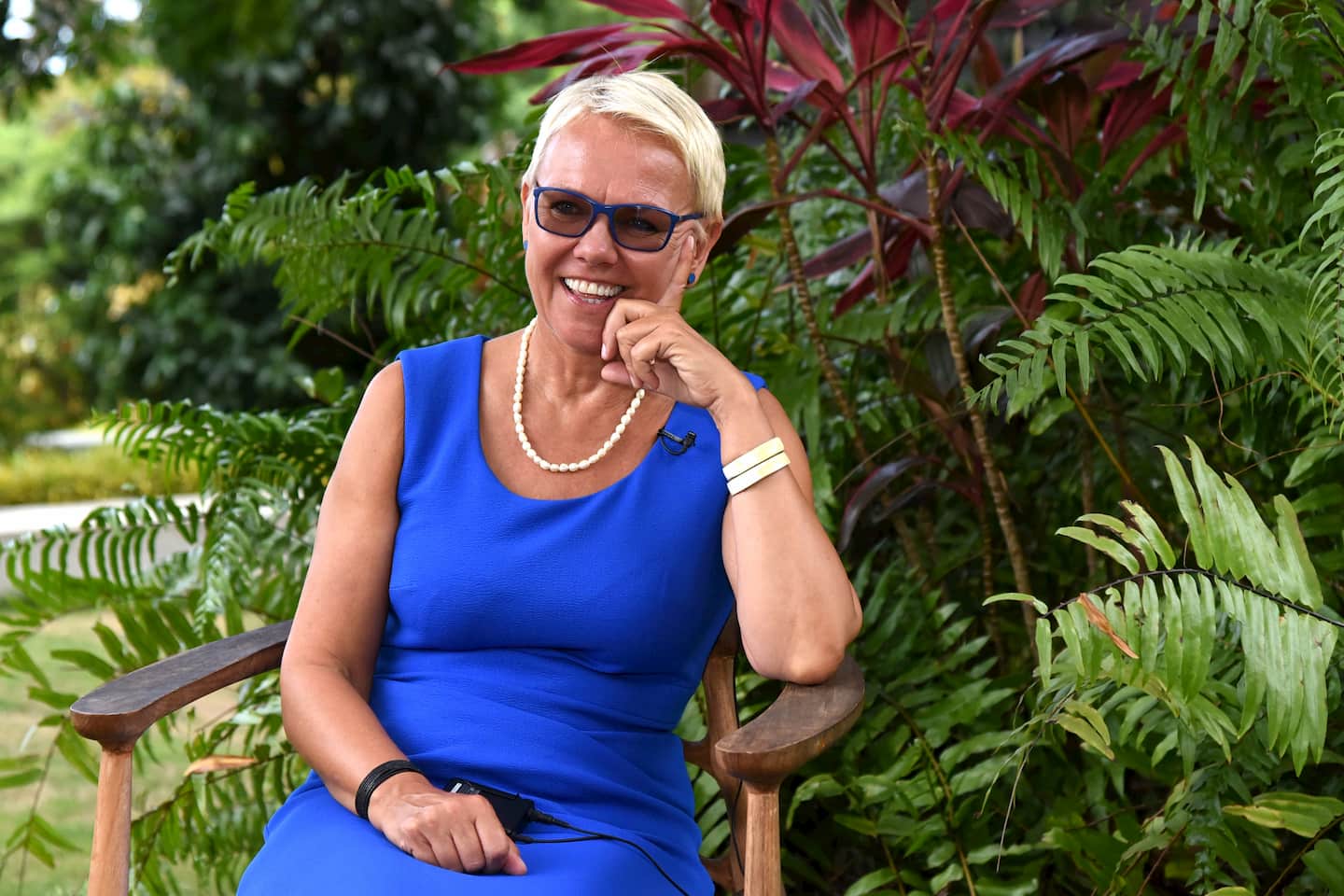 Lush greenery, cool mountains boasting spectacular views, breathtaking beaches, fresh pick of exotic and sweet fruits, radiant sunshine and smiles from the smartest and warmest people you will ever meet. It’s never easy saying goodbye to the land of wood and water. The ambassador of the European Union (EU) to Jamaica, Malgorzata Wasilewska, has found the completion of her diplomatic tenure difficult since it means bidding adieu to this beloved island that she calls her home.

Flair had a heart-to-heart with the EU ambassador under the Bombay mango tree at her lovely residence recently, and here is what she had to say about her quality time spent in Jamrock.

Describing the journey as an adventure from day one, Wasilewska explained that she has a special love for the people, the energy, and the way in which persons connect with each other here in Jamaica.

“The generosity, creativity, kindness and warmth of the people is incredible. You could be almost anywhere, in town or in the country, and the minute you smile at people and say ‘hi’, you always get the same back,” she added.

She has also greatly admired the country’s beauty and nature, noting, “There have been so many trees, so many fruits and vegetables that I’ve never really heard of before”. And on the matter of diplomatic duties, Jamaica, she says, has been an incredible environment for work.

She eloquently expressed how honoured she was to be representing 27 (previously 28) countries in a country that knows so much about Europe. “It is just a humbling experience.” And because the EU is such a big partner for Jamaica, the work is extremely interesting. With other delegates and members of state playing their part and being engaged in the process, this has made for smooth and successful operations. She, of course, gave credit to her fantastic team as well.

Wasilewska has given her full support to the local health sector over the years. But in 2020, she and her dedicated team came to the rescue with vital ventilators during the spread of the global pandemic known as coronavirus (COVID-19).

“The right to health should be guaranteed for every human being. So, it’s important for us at the European Union to support the health sector because although the skills are here with highly qualified and able health practitioners, the infrastructure and the equipment was not up to scratch.”

She considered the opening of these high-dependency units to be a great privilege since they have the best in European technology and best standard of equipment in Jamaica.

New infrastructure was not limited to health as the EU also assisted with the justice system as well, building new family courts, the Court of Appeal’s modern premises and, most recently, handed over audiovisual training equipment which are designed to provide safety for citizens and law enforcement alike.

In the entertainment arena, the ambassador was instrumental in the revival of the European film festival last year. She realised that there was a genuine interest in European film and culture by local talents. And she was excited that many movie lovers showed up to watch the free films every night. The team was even able to take the first round of the film festival to the iconic Trench Town in Kingston; in a community where people don’t get access to art so easily for free. Taking things a step further, they facilitated a film competition that encouraged applicants to explore Jamaica’s nature. “Amazing talent and amazing messages came out. It was great to get young people involved,” she asserted. She looks forward to seeing last year’s winner jet off to Germany when times are better.

Seeing first-hand how she, along with her staff at the EU, touched people’s lives in the work that has been done is everything she could have ever dream of. Wasilewska hopes to return to Jamaica in a professional capacity as well as a private one in the future.

“There’s so much to miss about Jamaica; the ambience, the diversity of the island, fun with the people.  But what I will miss the most is not being here long enough to see an even bigger impact and assist Jamaica to achieve its own ambition,” she said.

If there’s one thing she could change, it would be that she would never leave Jamaica.

The vegetarian revealed that Bombay mangoes are her favourite food. And here’s a shocker: before coming to these green shores, she never knew ackee even existed. She enjoys the popular dish, prepared in a vegetarian way.

As for hidden gems and getaways, the ambassador listed Ocho Rios and Portland as her favourite parishes to visit. “Anywhere I go, if I can go through the mountains, that’s always a bonus.” And shared specific places to go like Treasure Beach in St Elizabeth and Greenwich in Kingston. “The air there (Greenwich) is so different; I like waking up early and going for a long walk.”

When asked about her diplomatic legacy here in Jamaica, she declared that she would want to be remembered as an ordinary human being who was trying to do a good job. And hopefully, she managed to relate to people from different walks of life in a respectful and fun way.