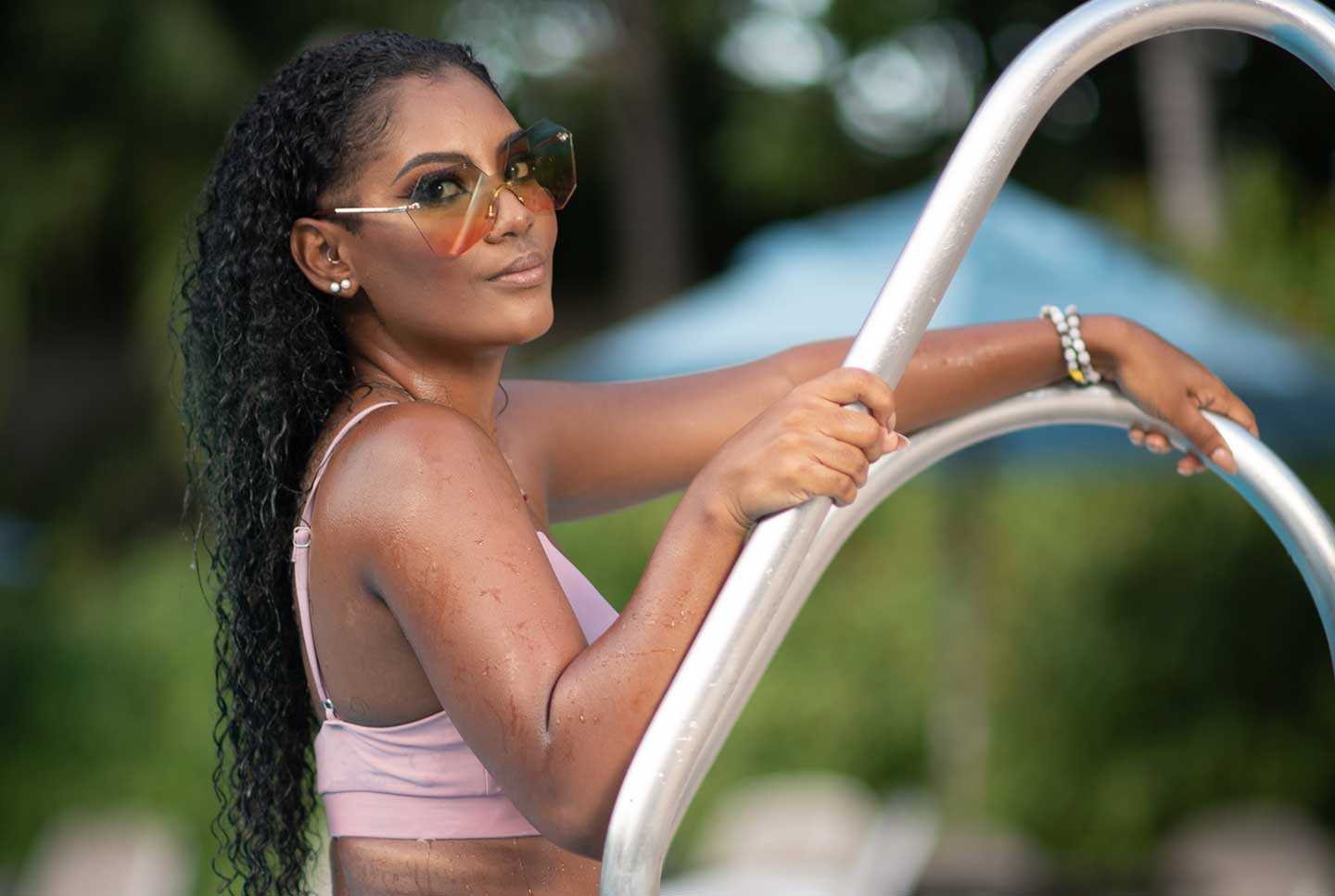 At what age should a woman stop wearing a bikini?

A photo was posted of Member of Parliament Lisa Hanna on the beach. What was simply a beautiful woman enjoying a day out, went left pretty quickly, as social media lost its ever-loving mind. To think that she had the nerve to allow photographic evidence of her in a bikini boggled the minds of some people who thought it was in poor taste. How inappropriate.

Having enough confidence, to show off that much skin upset the haters and trolls, How dare she show off her goods, and worse, how dare she not be sporting cellulite and stretch marks. People forgot that as a former Miss World, her body is her brand, regardless of age.

But aside from that green-eyed monster jealousy, is there any truth to the notion that women over a certain age should ditch the bikini and wear something respectable like a tankini, a one-piece, or heaven’s forbid, a full T-shirt? Who decides when women should chuck it all in and let their bodies as well as their self-esteem go to pieces?

A lot of the diatribe about age appropriateness smack of judgement with a huge side order of insecurity. However, women were not the only ones who came down hard on Hanna as there were some pretty opinionated men who felt that at a ‘mature and respectable’ age, especially if you are a mother, you should keep it covered and only for your significant other to see. Chief among the male naysayers was Father Ho Lung, who felt that her beach attire lacked decorum … for the beach. So strident was his outcry that some wondered if the holy man was being plagued by inappropriate thoughts. Heaven forbid!

A few years ago, a poll conducted with 2,000 women by The Daily Mail found that most felt 47 is the magical age where women should stop wearing a bikini. Not only is it an odd number, but it is also odd than anyone with a working medulla oblongata would value the opinions of couch potatoes and people who hide behind a computer screen.

Flair went on streets of Kingston to get a few thoughts on the matter. Here’s what they had to say.

Radcliff: That’s a touchy subject. A woman has a right to wear her bikini at any age – 56, 60, or 20. Women should do what is comfortable to them.

Suzie 50: No age limit for wearing a bikini.  Whether you are old or young, nothing is wrong with that.

Shaquana 16: When dem start wrinkle up. When yuh skin get wrinkly that nuh suppose to go in public. No one wants to see that

Shashoya 30: in your 50s. When you have children, you have to have respect for yourself. Children follow you. You can’t be out there like that.

Debbie-Ann 35: It doesn’t matter. If you are comfortable and love your body, wear it. It’s up to you. How comfortable are you in a bikini?

Anthony 46: No special age, as young as you feel. Gwan wear it. The older some women get the more sexy they become, so that depends on the woman.

Alecia 29: As long as a woman feels comfortable in whatever she wears, wear it.