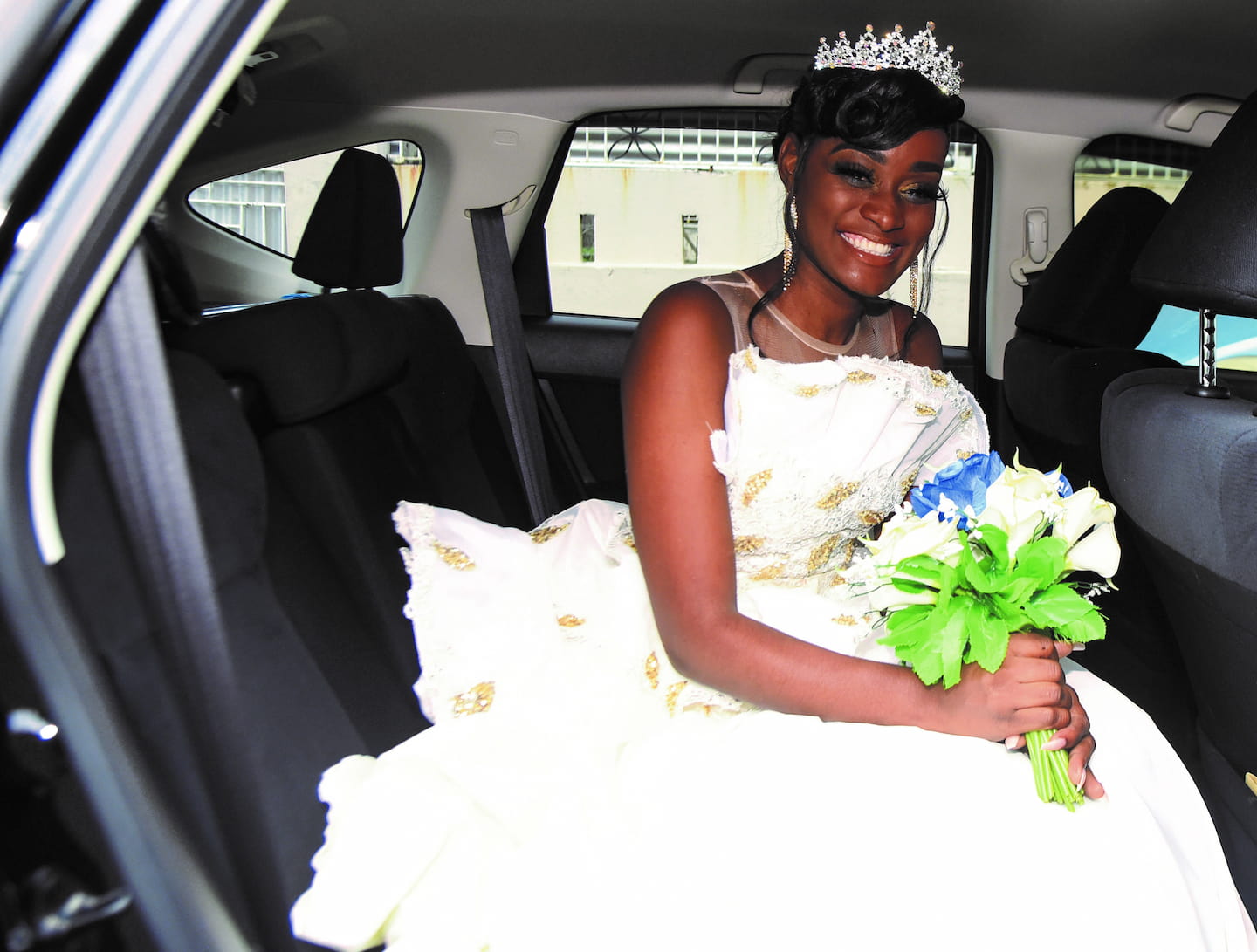 Outwardly Kadion Shaw and Richard Smith had their differences. She was a cheerful mother of one trying to balance her duties, raising her daughter and marketing herself as a fashion designer. He was the serious-faced district constable. But both had one thing in common: they had been raised in the same community, Seaview Gardens in Kingston.

“We never spoke, not even to exchange a word of hello,” says Kadion, the owner of Brand Me Fashikie (BMF) Clothing Company. “It was not until we both had given our lives to Christ that we became friends.”

The friendship was one “strictly of faith,” she says, all the while keeping their conversations and emotions neutral because they never imagined any form of intimacy developing with each other. However, in the words of French romance novelist, Victor Hugo, “life is the flower for which love is the honey”, and after two years of being church companions, Kadion and Richard, who were at an impasse in their personal lives, began to taste the sweetness of their faith. Having depended on each other for emotional support, Kadion told Island Wedding, “our friendship soon bloomed into a relationship. In less than a year, we were married.”

She added, “That transition from friends to being together, and now, as husband and wife, has been remarkably easy. We are literally best friends that make every effort to make things work using humility, compassion, most importantly, patience.”

Kadion, 29, and Richard, 30, were married on Saturday, June 25. The wedding and reception took place at the home of Pastor Romario Edwards in Patrick City, who not only acts as the couple’s spiritual adviser, but has become their friend and graciously offered his backyard for the ceremony.

The Smiths went for a garden-wedding theme in the afternoon – set in a place of comfort – surrounded by nature. The colour scheme was a mix of white, royal blue, and gold, and though they decided to make it simple, the couple could not resist adding some flair to their small but elegant affair.

The bride’s gown was built, not bought. From the golden decorative appliqués, which were hand-sewn onto the bodice with ruffles that joined at the waistline of the flowing skirt, Kadion put her mind and body to work to create her dream dress. The self-taught modiste also chose cream instead of white to compliment Richard’s stately blue suit, she said.

“Pinterest is where I practically live,” said Kadion, who designs and makes clothing for a living and has done quite a few wedding gowns. “I did a sketch of the idea, and as usual, garnered inspiration from many designers – Alexander McQueen is one – and different designs through the app. I am not a fan of the princessy tulle, but I did want my dress to look queenly. I love mixing vintage with a little contemporary.”

It took about two weeks from construction to completion, which Kadion says is longer than she usually takes and was partly because of her nerves. This anxiety only disappeared when she walked towards the man who would become her husband.

“I didn’t know how we would get everything together to make it to the day – it was tempestuous coming up with the money. Even though, as Christians, we are filled with faith, the enemy still exists. Prior to that, I was dealing with a medical issue and had to take time off from doing any work, but God came through. It was all divine, and I can say that both our faiths were heightened,” she shared.

Kadion credits Richard for instilling a positive outlook in her. She said he taught her that composure is everything and that when something feels as though it is headed in the wrong direction, it should not determine where she goes. “He is young [but] mature, with an old soul, maybe because of his experiences. He is also a reserved and optimistic person. So on the day when the sky was bleak, nothing could place a shadow on our day. Miraculously, the rain never even fell.”

As for Richard, he says he has gained not only a partner for life, but a daughter. “To be a minister, a man must have a spiritual wife to support him, and from I knew my calling, I have prayed that God gift me with a woman with that quality first and foremost,” he told Island Wedding.
Initially maintaining a friendship with Kadion, Richard said he realised that she had the qualities he was looking for in a woman.

“It’s funny. When a man goes to a church, he would be surprised at all types of church sisters seeking friendship. Kadion was and is my friend, but it also happened that she was the most spiritual one. I never try to change a person to fit any mould, and I soon fell in love with her spiritual qualities. Together, we hope to grow and even have more children, but for now, the focus is on four-year-old Mickelsia [Kadion’s daughter], to whom I have become a father,” he said.

“On our wedding day, I said ‘This feels good’ as my first (and last) experience joining hands in marriage,” Richard continued.