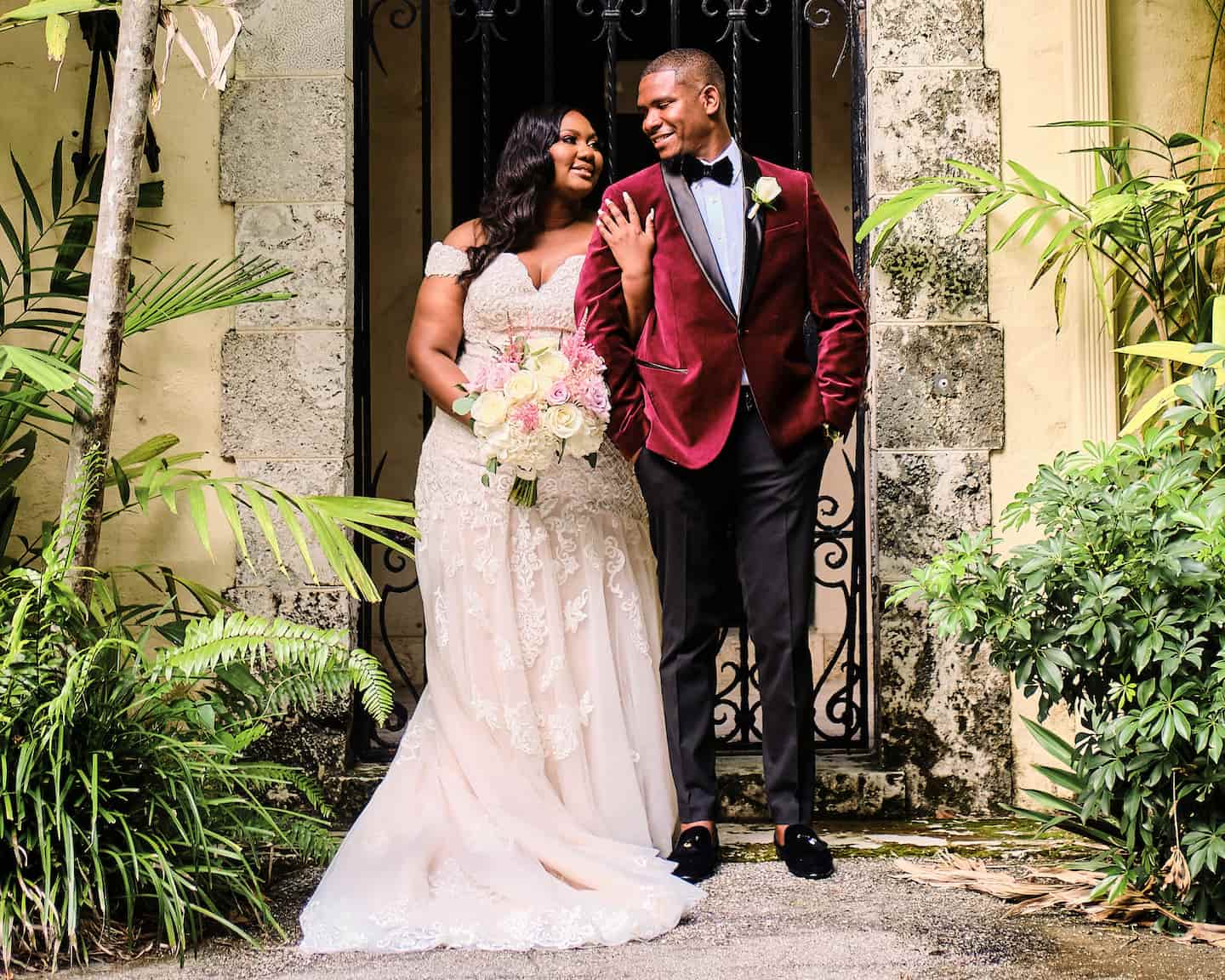 Bumble couple ‘hive’ it all

He watched her from a distance, taking in every step she made to the restaurant door — he did not move from out of his car. She sat patiently waiting for about half-hour. After matching with Junior Jean on Bumble, it was time to see if this was the bee Tissanie Sayles could build something with — and she was left thinking he was late, or worse, a no-show.

“Before he arrived, I literally had made up my mind that I would just order dinner, eat and go home, and never speak to this man again. Sometime later, he admitted he got to the restaurant before me and was in the parking lot the entire time. He even watched me walk from my car to the restaurant door, because he wanted to make sure I looked the same as my pictures!” she exclaimed.

They both can tease one another and laugh about it now. Although everything else from then seems to be a blur, the date left them ‘stung’. The two Caribbean-born bees quickly became part of each other’s hive and have even started to create a colony of their own as they welcomed their baby girl, Noa Victoria Jean, in December. In their interview with Island Wedding, the new Mr and Mrs Jean give the short version of becoming one and the emotional hurdles they had to fly over on their wedding day.

“I really don’t remember how or when we became an official couple, it happened organically,” Tissanie said.

She added that she realised he was the one she wanted to spend her life with when she saw the way he got along with everyone in her family, especially her mom. “He will literally do anything for her, and she does everything he asks her to do, more than she does for me at this point.”

“One thing that’s uniquely the same, but different at the same time, is our cultures. Junior is Haitian, and I was born and raised in Jamaica before moving to Florida. He fully understands Patois which I speak to him in every day, to the point he is annoyed that I do it all the time but won’t learn his native Creole,” she laughed.

Junior hasn’t shown any anxiety with Tissanie since that first date in 2017, and she has accepted the role of being the queen who supports her king, all while getting whatever she asks for, even the type of proposal she would prefer. He would have gone the extra mile and have an airplane with the ‘Will you marry me?’ banner fly by at sunrise or sunset, but he opted for something more intimate when the time came.

“She always told me that she does not want a public proposal with people watching and all of the excitement; so, instead, I chose a weekend stay at a hotel and proposed when we woke for breakfast on one of those mornings,” Junior shared.
Tissanie chimed in, “He only told me recently that he was going to do the airplane banner, but he knew it would be too much for me.”

Fast-forward four years, Tissanie and Junior made it official. Every corner they turned that day was another breaking news with all types of emotions abuzz. Her brother ended up in the hospital the morning of the wedding, having caught the coronavirus and was diagnosed with pneumonia. Meanwhile, Junior, who had lost his brother a few weeks before the wedding, was dealing with a lot, too; and to top it all off, his parents could not make the trip for the wedding.

“I was a wreck. I was already sad that my brother could not be there, but even more worried about his health. I probably called him a million times throughout the day so I could ease my mind,” she shared. But with love surrounding them all about, she felt “it was enchanted, despite the day being a stressful one, and I enjoyed what was to be one of the happiest days of my life”.

Junior could not resist being his last-minute self, he admitted. “As always, I do things at the eleventh hour. On the day of the wedding, I still had to buy a shirt because I had returned from Haiti, after my brother’s funeral, the day before the wedding. That had us nervous as well, since I was cutting it so close, but in the end, it all worked out. I made the best of the day, so that she could be happy and not have to worry about anything.”

With candles lit all around, and blush florals adding to the garden fairy-tale-themed décor of a private villa in Florida, overrun with vines on its old-world architecture, they said their ‘I do’s’ on July 26, 2021. The lyrics ‘Your love is bright as ever, even in the shadows’ of Beyonce’s XO, the song they had their first dance to as Mr and Mrs, has an even deeper meaning now.

The couple explained that there are days when it is very hard and giving up seems like the easiest route to take, but postponing a wedding would not be a chapter, Tissanie said. This love story continues in the same way it started, with them sharing a belief in making every moment count.

“With both of us having jobs and businesses, it’s easy to lose sight of communication, so we try to use dinner time for that. We also try to spend time outside of the house, whether going out to dinner and travelling to spend time alone [together] winding down, which allows us to have better conversations without the distraction of something going on in the house; especially with a new baby, it can get hectic,” Junior shared.

“We’re committed to making things work and finding resolutions; marriage is about commitment and communication as the fundamentals and without these, we know it will be difficult to navigate a successful marriage. I have found that with Junior,” Tissanie added.