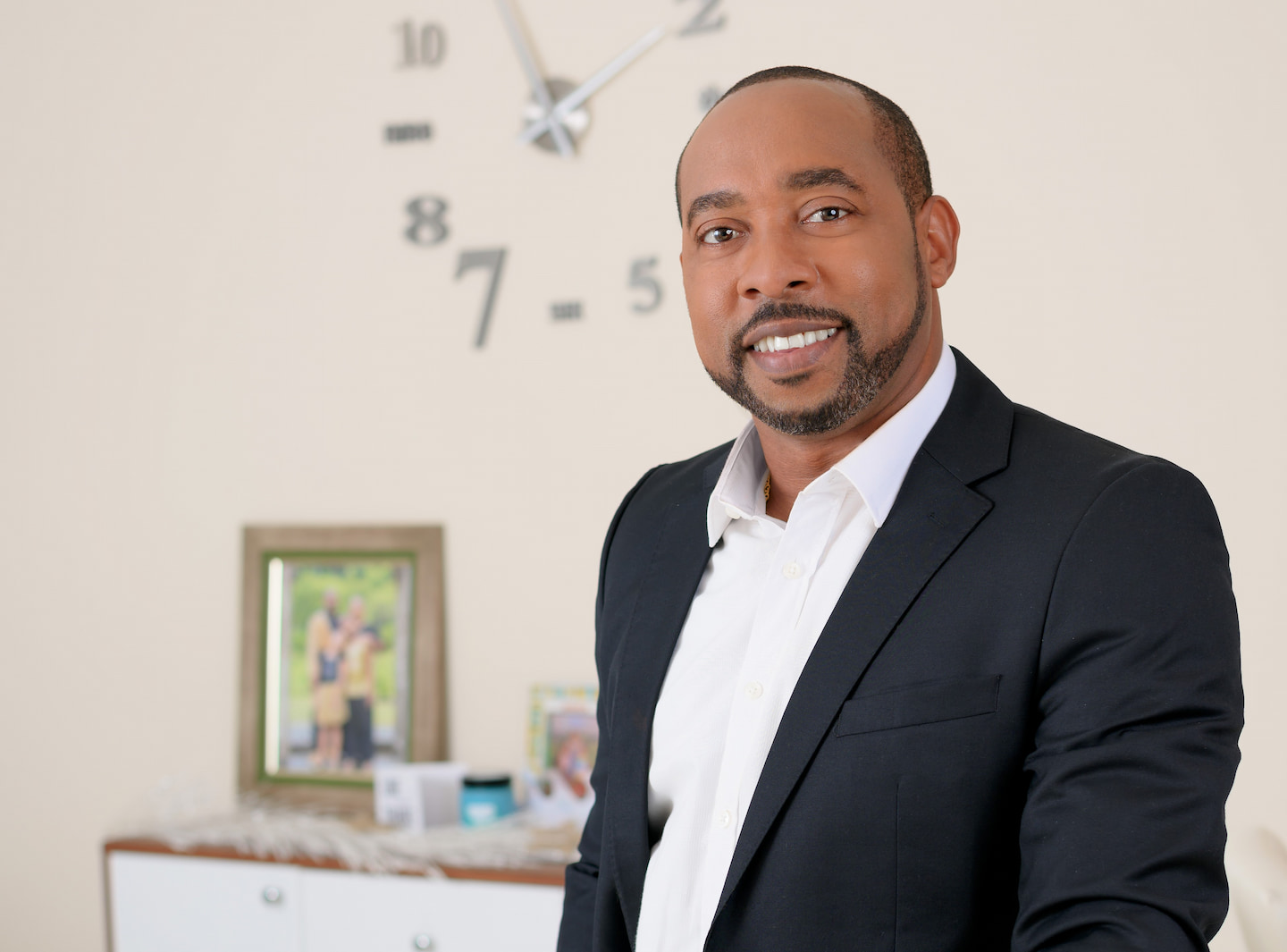 Persist Until Something Happens –PUSH. With this strategy, Jason Fournillier has propelled himself to management at a leading tobacco company in the Caribbean.

Speaking with Flair in a recent interview, the Trinidad native shared his excitement about working on the island for the past two years. One could never tell that the former head of the trade marketing team for Carreras Limited was initially apprehensive about being stationed in the land of wood and water. But greeted with open arms, he would soon fall in with the culture and the people. He has even fallen in love with the island’s national dish, ackee and salt fish, which, at first, he admitted he was hesitant to try. After some convincing, he couldn’t get enough. He has even tried ackee with corned pork.

Fourtillier grew up in a loving home, with parents who were educators. From his formative years onwards, they instilled in him strong morals aligned with being a good person and an upstanding citizen. These have really stood as a source of inspiration throughout his life.

“My mother was a literature teacher and I now appreciate my passion for the literary art form. It has really driven my curiosity in doing things and my attention to details,” he shared, noting that this influence has played an integral role in whatever he sets out to do. Looking at the big picture, he delves into the details, giving a measured response according to what’s in front of him. The lesson has proven to be an asset during his days as a banker at Royal Bank of Canada (RBC) and Intercommercial Bank, allowing him to have an appreciation for customer service, understanding people, building relationships and adding value.

Leaving banking after eight years and moving to the British American Tobacco Company, the parent company for Carreras Limited has provided him with the opportunity to expand on his relationship-building skills in other Caribbean countries, Central America and certain areas of Europe, and add value wherever he goes. Steadily climbing the ladder for over 14 years, he was happy to bring that same energy, excitement, dedication and drive to Carreras Limited in Jamaica two years ago. “I love engaging with people on an ongoing basis. It’s about engaging our customers and delivering a level of service to them that we are here and care about mutual success.”

Skilled in making things happen, he is passionate about delivering on time and in full. So when things don’t materialise as they should, he becomes despondent. Faced with disappointment, it sometimes makes it difficult for him to move forward. But if living in Jamaica has taught him anything, it showed him that it is best to adopt a new approach, accept things for what they are, and in doing so, bring the right energy and ideas to find ways to improve.

“That is one of the things I will take from Jamaica, really appreciating the now, not only in my business life but in my personal life too. There are things that will be outside of your control, but what can you do to improve that? By not worrying about what could go wrong or what went wrong in the past, I can really accept things for what they are. This eliminates the stress so the focus can be placed on the present moment,” he said.

His immediate family, wife Natasha and daughters Jourdann and Larah, didn’t make the trip to live with him so he had been working and travelling back-and-forth to strike a balance between pursuing the dream and providing for his family.

“They have visited me in Jamaica on occasion, as well so we all got to enjoy the beauty of the island together,” he said. But the distance made it particularly challenging with COVID-19 restrictions closing borders and putting travels on pause. “Nothing I’ve done here could’ve been possible without the support of my wife, Natasha. My two daughters are my life, but she has been my rock. I’m so grateful to her for holding it down in my absence and always supporting my dreams,” he added. He has since reunited with them in Trinidad, assuming his new post as the head of government affairs for the Caribbean at the British American Tobacco Company.

Now back home, he said he will miss his chill spots: Kingston Jerk, Jangas Restaurant, Hellshire, Kingston Dub Club – that skyline he said is amazing and Negril, (Seven Miles Beach, Rockhouse, Rick’s Cafe). “You will come here and find things you will never find in the world,” said Fournillier.

His advice to aspiring pushers is to establish your desires in your mind and never allow your thoughts to create fear. “Change your thoughts and change your words. What is keeping you back is your thoughts. Don’t worry about what could and will go wrong. What could go wrong will take care of itself. Focus on your current state and do your best. Put your energy into now and drive forward,” he said.