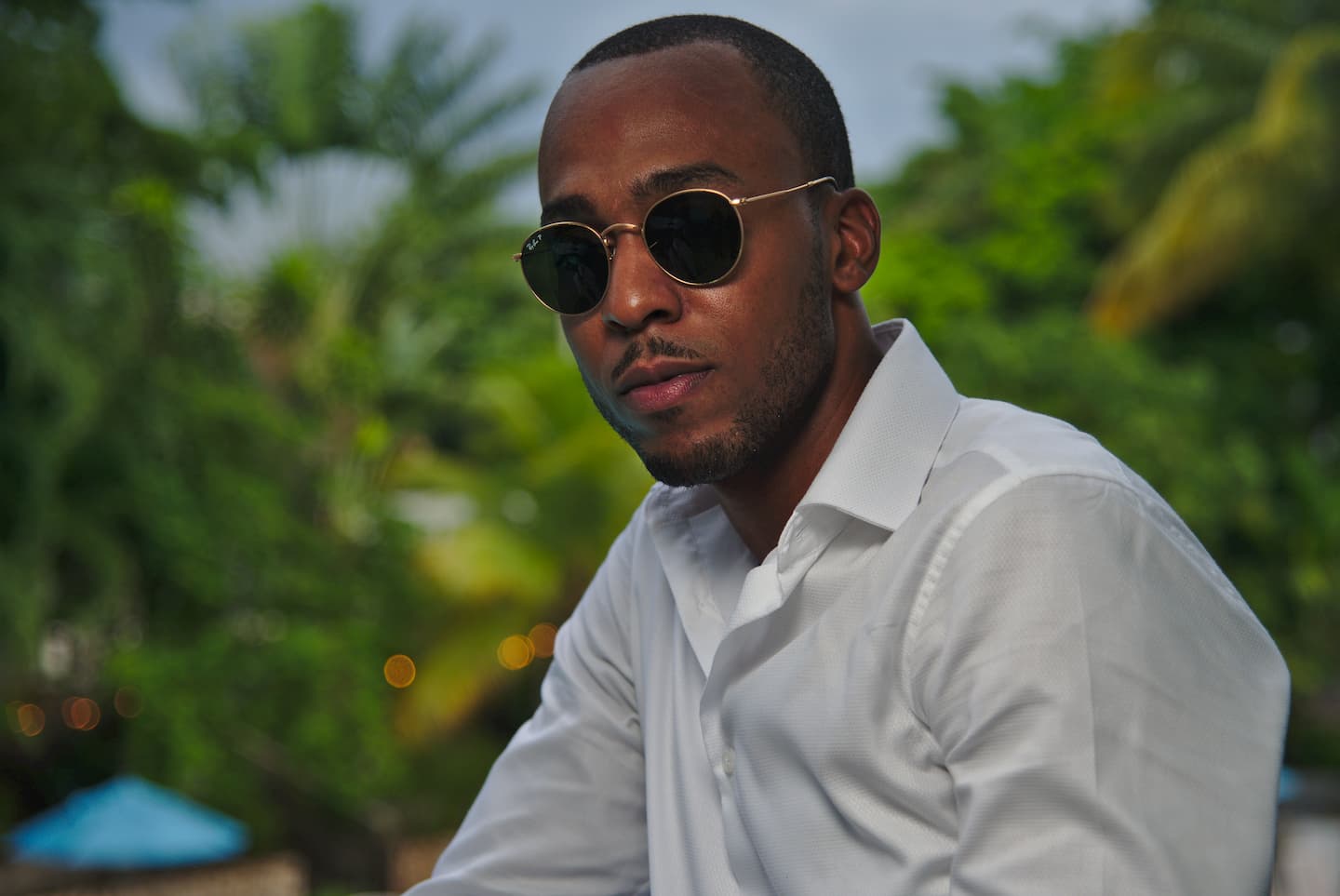 Calvin Malcolm – CEO of Sabu and general manager of Choice Business Solutions (CBS). He’s a man of few words; but he is creative, stylish and setting trends.

Following in his mother’s footsteps, the 32-year-old swag boss has a knack for technology and is soaring in the human resource sector.

CREATIVE LAD
A quiet creative! This is probably the first phrase that comes to mind when you think of Malcolm – that’s if you already know him; but if you don’t, it won’t take long for you to arrive at this conclusion. And chances are, whenever you see him, he’ll probably he dapperly dressed in a handsome suit. But he’s not restrained by the jacket and tie. His spirit of invention and innovation knows no boundaries. It’s just free. Now, he’s forging ahead making differences that are absolutely worth mentioning.

So, let’s start with his admirable ascent to the top of HR at CBS. Malcolm worked long and hard for this opportunity. When it finally came around, he jumped on it as if there were no turning back. He did not disappoint.
“It’s my greatest accomplishment so far. When my CEO, who is my mother, decided to take on projects abroad for JetBlue Airways, I took up the mantle of running the organisation. I kept the company going for four years. It wasn’t easy, but I prevailed,” Malcolm shared with Flair as we sat with him for a little chat.

With SABU as his premier project, the young business executive eyes it as a prospective candidate that is to be added to his list of accomplishments. As the general manager of CBS, he saw that the company was lacking in some very crucial areas. And with his inventive wits tickling, he worked out a creative solution to fill the void. That’s now SABU. It is a recently launched entity that provides a reserve pool of substitute workers to employers across Jamaica.

Born in the United Kingdom to Jamaican parents, the Ardenne High School and Florida Atlantic University alumnus has spent most of his life in Jamaica, a place he humbly accepts as home and strives to improve. He holds a degree in management information systems.

MANY SIDES OF MALCOLM
Malcolm also likes to settle the score. This ardent basketball player finds comfort in the game and always sets out to show his skills on the court.
He loves change and is happiest when he’s in a fast-paced environment. He is big on equality, and lives for fashion.
“Fashion gives me the ability to express myself in a multitude of ways. It allows me to dress according to my feelings and I believe it brings the world together. It along with sports and music are the only things I know everyone can enjoy at the same time,” he said.
Malcolm’s must-haves
Malcolm has some fashion advice for his fellow swag bosses.

“Here are some essentials for your closet. You definitely need a suit, especially if you are an older man. But if you don’t have one, invest in blue, black or grey clothing. Cologne! That is a must. And your wrist should not be naked. You don’t need a thousand watches, but get at least one or two. If you don’t have a blue jeans, I suggest that you get a black denim trousers. For this, you should stay in your price range and don’t try to impress anybody with a pair of jeans, because at the end of the day a jeans is just a jeans.”

So, if you see him anywhere, feel free to say hi. And who knows? He may just share a few of his songs for you, as he also writes and creates music.